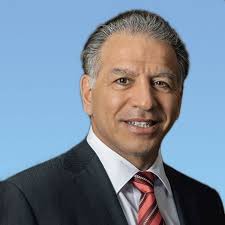 Getting a merger done during a pandemic isn’t easy.

So in April of last year, Mylan promoted its longtime heavy hitter, controversial Robert Coury, to get it done. Seven months later, Mylan’s merger with Pfizer’s Upjohn unit was complete.

In his long career at Mylan, where he served as CEO from 2002 to 2012, Coury has often been the target of investors and critics for his outsized pay. In 2016, his golden parachute as he surrendered his executive chairman post clocked in at $97 million.

In a Form 10-K/A filing with the SEC, Viatris revealed that the bulk of Coury’s windfall came by way of $12.45 million in stock awards and a $10 million bonus. He also made $4.41 million in incentive performance cash, $1.8 million in salary and just shy of $400,000 in other compensation.

Coury cashed in thanks to “one-time, transaction-related” payments, which were approved by the company’s board when the merger was complete, the filing said. That payout provided for an annual incentive-based cash bonus of 150% of his base salary and an annual grant of long-term equity awards equal to six times his salary.

In 2016, when Coury received his $97 million windfall, Mylan was steeped in controversy. The company had received heavy criticism for price hikes on its EpiPen allergy and asthma device. Later, Mylan paid $465 million in a settlement with the Department of Justice for overcharging Medicaid.

The company also had to fend off criticism for providing opulent private planes for transportation of its executives, and for lucrative compensation. In 2017, some shareholders sought to oust Coury from his chairman post at Mylan over the company’s executive pay plans.

Mylan agreed to merge with Pfizer’s established medicines business Upjohn back in July 2019. The deal closed in November 2020.

Other executives from Viatris benefitted similarly from the merger.