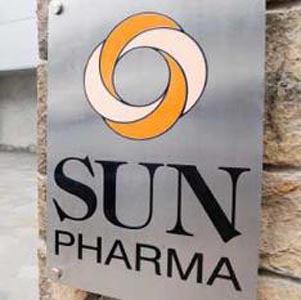 For many, the sedative power of poppies was introduced by Dorothy in the Wizard of Oz, galloping through flowers before falling fast asleep.

Those blooms now provide raw materials for opioid painkillers used by the millions worldwide. But like the Wicked Witch of the West, who cast that poppy spell on Dorothy, the coronavirus pandemic has put a sleeper hold on the production of poppies for pharmaceutical use.

The global demand for opium-based products plummeted last year as COVID forced the cancellation of most elective surgeries, and now, that diminished need for surgical pain relief products has forced Sun Pharma of India to reduce its number of contracted poppy growers in Tasmania and to eliminate two of its field officers.

As a result, the Sun Pharma manufacturing facility in Latrobe, on the northern coast of Tasmania, has had to cut its output, leaving 20 growers out of business and 150 others whose contracts will be reduced.

Sun has also reduced production at several facilities in the United States and Europe. At home in India, Sun has shifted some capacity to the production of Gilead’s COVID-19 drug remdesivir.

In Tasmania, contractors are feeling the crunch as they approach the growing season. Keith Rice, chief executive of the Tasmanian Poppy Growers Association, estimated supplies to the plant will drop by 75%.

Tom Edgell, who grows poppies in the central highlands of Tasmania, told Tasmania Country Hour that he was blindsided by the reduction of his contract.

RELATED: India pharma manufacturing hub back up and running after COVID-19 lockdown: report

“It was completely out of the blue,” he said. “The first time we realized something was amiss was when our area field reps were made redundant.”

Tasmanian poppy growers were already feeling the pinch. Even before the pandemic, demand for opium-based products had fallen dramatically. In Mexico, for example, farmers were selling opium resin for as much as $590 per pound in 2017. Two years later, they were getting just $50 per pound.

The reason for the drop is uncertain, though the emergence of synthetic opiate fentanyl, combined with soaring production of heroin are likely factors.