What Happens When a Superspreader Event Keeps Spreading 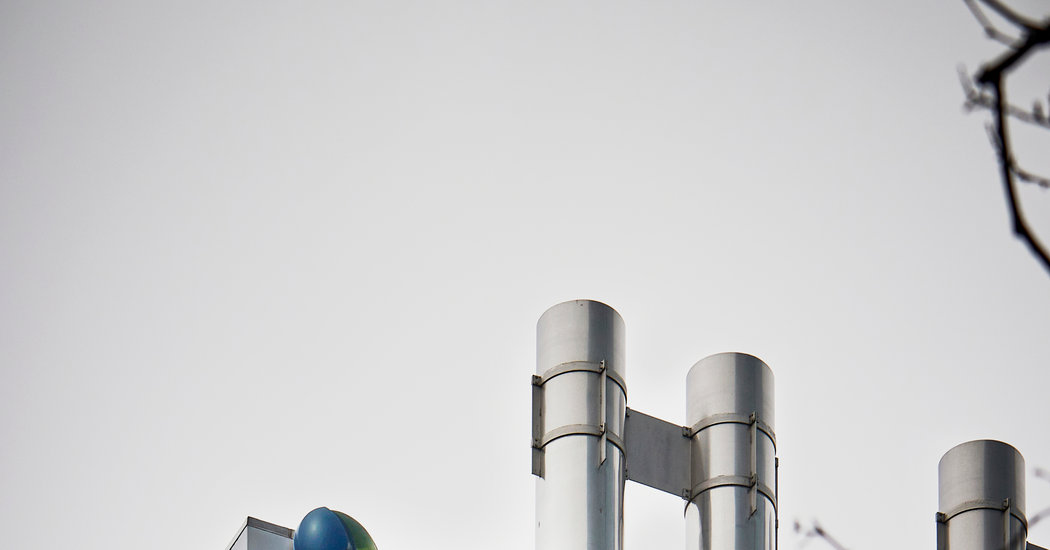 WASHINGTON — When it was disclosed last spring that the coronavirus had stealthily infected 99 people after the Cambridge, Mass., pharmaceutical company Biogen held a two-day conference in February, it helped add the term “superspreader” to the pandemic lexicon.

Little did anyone know how super the spread would actually become.

A new analysis of the Biogen event at a Boston hotel has concluded that the coronavirus strains loosed at the meeting have since migrated worldwide, infecting about 245,000 Americans — and potentially as many as 300,000 — by the end of October.

The virus strains spread to at least 29 states. They were found in Australia, Sweden and Slovakia. They wended their way from a room packed with biotechnology executives to Boston homeless shelters, where they also spread widely among occupants.

Those are just the infections. How many people were killed by the virus strains cannot be reliably estimated. Nor do the figures include infections among the six million Americans who have tested positive for the coronavirus since October, as infections have spiked.

“It’s a cautionary tale,” said Bronwyn MacInnis, a genomic epidemiologist at the Broad Institute of Harvard and M.I.T. “When we hear these stories of clusters where 20 or 50 or 100 were affected, that does not account for what happens after.”

A spokesman for Biogen did not respond to requests for comment on the report.

The analysis, by more than 50 health care experts and researchers based primarily in the Boston area, was published on Thursday in Science, the journal of the American Association for the Advancement of Science. It is based on genetic analyses of the coronavirus taken from 28 people who attended the Biogen annual leadership conference, at a Marriott hotel on the Boston waterfront, on Feb. 26 and 27.

At the time, only 30 coronavirus infections had been confirmed in the United States, according to data compiled by The New York Times. More than a month earlier, Chinese authorities had quarantined the 11 million residents of Wuhan, where Covid-19 was first detected. But the epidemics that would ravage Europe were still on the horizon; Italy had recorded its first death only days earlier.

Some other companies had canceled international meetings out of caution, but Biogen forged ahead, bringing in 175 executives, including officials from Italy, Switzerland and Germany, for its leadership meeting. Within days, some were falling ill.

The analysis of 28 cases determined that each person had been infected with a strain of the coronavirus, named C2416T, that had not previously been seen in the United States. The only known instances of the strain that preceded the Biogen conference involved two French patients, ages 87 and 88.

“We think the mutation arose in early or mid-February,” Dr. Jacob E. Lemieux, an infectious-disease specialist at Massachusetts General Hospital and a researcher at the Broad Institute, said in an interview. “We think there was a single importation into Boston, and that single importation was tightly linked to the spread that occurred at the conference.”

That finding and a second marker — a mutation of C2416T that appears linked solely to some infections at the conference — enabled researchers to track the Cambridge strain across the nation and even the world, and make broad estimates that excluded cases unconnected to the meeting.

By May, it was estimated that between 44,000 and 56,000 known coronavirus cases were directly tied to the Biogen conference. About 40 percent were in Boston, but the C2416T strain was carried across the country, to Indiana, Florida, North Carolina and perhaps elsewhere by people who had been at the meeting.

Fresh data included in the current analysis raised the estimate to about 245,000 cases — as low as 205,000 and as high as 300,000 — in 29 states.The researchers estimated that the Cambridge strain of the virus was responsible for 1.9 percent of all known coronavirus cases in the United States through October.

Massachusetts was no longer a center of the outbreaks, although the virus strain remained widespread there. Instead, the researchers estimated that about 29 percent of all cases related to the Boston meeting occurred in Florida. Dr. Lemieux said scientists have no explanation for why the Cambridge strain of the virus grew so robustly there.

One of the study’s more arresting findings was that within a month of the Biogen conference, the virus strain introduced there had made its way to Boston-area homeless shelters. Tests at the shelters, affiliated with the Boston Health Care for the Homeless Program, found 14 strains of the coronavirus, four of which appeared to have become superspreaders. The researchers found that two clusters of cases that resembled superspreader events were associated with the virus from the conference.

Dr. Lemieux said that offered a lesson for those who take a casual attitude toward the coronavirus. “That’s just the interconnectivity of society,” he said. “Our intuition about how disconnected we can be is not reliable. We are so connected that we don’t appreciate the linkages and interactions we have.”

He said it was impossible to say how the coronavirus was brought into the leadership meeting.

But in the months since the Biogen outbreak, the company has come under fire for staging an international conference at a time when the likelihood of a pandemic was becoming clearer.

The company said previously that it decided to hold the conference using the best information it had at the time. But the study released this week only underscored concerns about that judgment, said John Carroll, the editor of Endpoints News, which covers the biotech industry.

“The irony, of course, is that a large drug company was responsible for triggering the mother of all superspreader events that played a major role in making the virus endemic in the U.S., killing more than 3,000 Americans a day,” he said. “Top Biogen execs accidentally triggered a massive health care train wreck, and watched it play out from the sidelines.”