Video: Opinion | ‘Why Is it so Expensive?’ We Asked People From Around the World What They Think of U.S. Health Care. 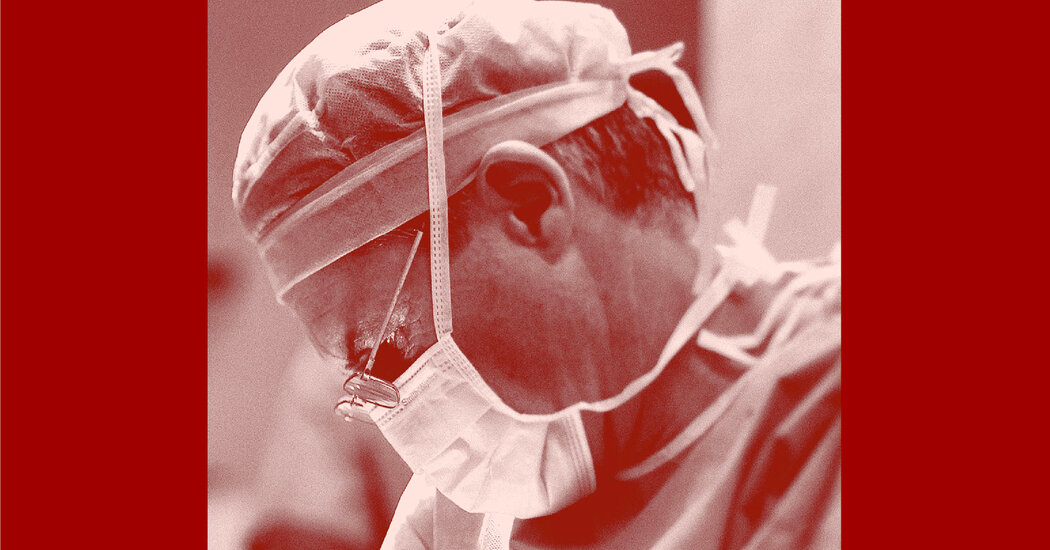 “If health care is a constitutional right, then that’s a form of communism because no country could afford those payments without seizing the assets of everybody else.” “[LAUGHING] What?” “Oh.” “Dudes, what’s going on?” “Oh, my god!” “I mean, come on, guys. It’s not that hard. Look around the world. Everyone else seems to have figured it out, right? Imagine you’re in America. Which of these options would be best for you?” “Hmm. That’s — yeah, that’s a lot to think about.” “What is … an OOP max?” “I guess with what I’ve got here, I would go plan D because the deductible is zero.” “OK. There’s more.” “Gold HMO, PPO — PPO, HMO.” “And what are co-pays? I don’t get. That’s like if you pay for Spotify Premium and Spotify still makes you pay every time you listen to a song.” “It’s too complicated.” “I’m lost. I’m so lost.” “In Canada, I don’t have to really think about the different plans that I could pick from.” “You just pay one amount per month. And all the major treatments are covered.” “At least 70 percent of our medical expenses are always covered.” Uninsured, unable to afford treatment for a tooth infection that keeps flaring up. “Ooh. Aw.” [INAUDIBLE] Emma Rittner lost her job in March. “I did manage to get antibiotics from a friend, whose mom regularly goes down to Mexico. And I’ve been taking that, self-medicating based off of Dr. Google’s advice.” “Dr. Google’s advice.” “Here in Japan, even if you lose a job, you would never lose your health insurance.” “When you lose your job, that’s when societies should help you.” “I’ve chosen a creative job and have the backing of a health care system. But if you don’t have that, do you pick the safe job, or do you pick the creative job?” “The average price per unit for insulin in 2018 —” “Germany, $11.” “Canada’s $12. Wow. It’s like eight times the price of insulin in Canada. I guess that explains why Americans come up to Canada to buy medication.” “Sorry. I’m sorry. Hold on. So the F.D.A. doesn’t have any authority over the prices?” “We have also privatized health insurance companies in Germany. But the prices are regulated by the government.” “The government negotiates the prices and fixes that price for two years.” “In Singapore, they regulate this stuff to keep the prices down and avoid [BLEEP] like this happening.” “Right. So I’m looking at an American medical bill.” “Why is it so expensive?” “Skin to skin after a C-section is $39.” “‘I had to pay $39.35 to hold my baby after he was born.’ You need to pay money to hold a baby?” “My brother Jamie, who’s in a lot of our videos, was pretty badly injured. He’s going to lose a couple of fingers. If you can give $1 or if you can give $5, every little bit will help him and his family.” “That’s heartbreaking. I —” “GoFundMe should not be something that people have to resort to, to pay for their medical bills.” “So in America, people spend more than twice as much as in Japan for health care.” “If I paid twice the amount for a car, I would want the car to be twice as good.” “So what’s the life expectancy in the U.S.?” “Why is it less?” “The U.S. should be on top of both of those lists. If you’re charging your citizens that much money, then they better be living the longest lives. It doesn’t make sense.” When Alec turned 26, he was no longer allowed on his mother’s insurance plan. Instead, he decided to pay for his insulin over the counter at list price. But the pharmacist told him a month’s supply would be $1,300. He left empty-handed. Alec’s official cause of death was diabetic ketoacidosis. “A couple of years ago, I developed a heart condition. And I had to have my heart restarted three times. After the third time I had it restarted, the doctor suggested I get heart surgery.” “When I was 13, I started to get sick and really, really sick. I was very quickly admitted into hospital, where after three weeks, I had treatment for a brain virus.” “The cost of the operation, I think, is about $60,000. And then the next day when I left the hospital, and I got my bill, it was a bill for parking. It was about $30.” “I was treated by rural doctors, had several MRIs, lumbar punctures, all for free.” “So I was pretty happy that I lived in Canada and had universal health care.” “I couldn’t have survived if I was in America.” “To know that I can get sick, I can get injured, but I will still be taken care of, that is freedom. This is not freedom.”