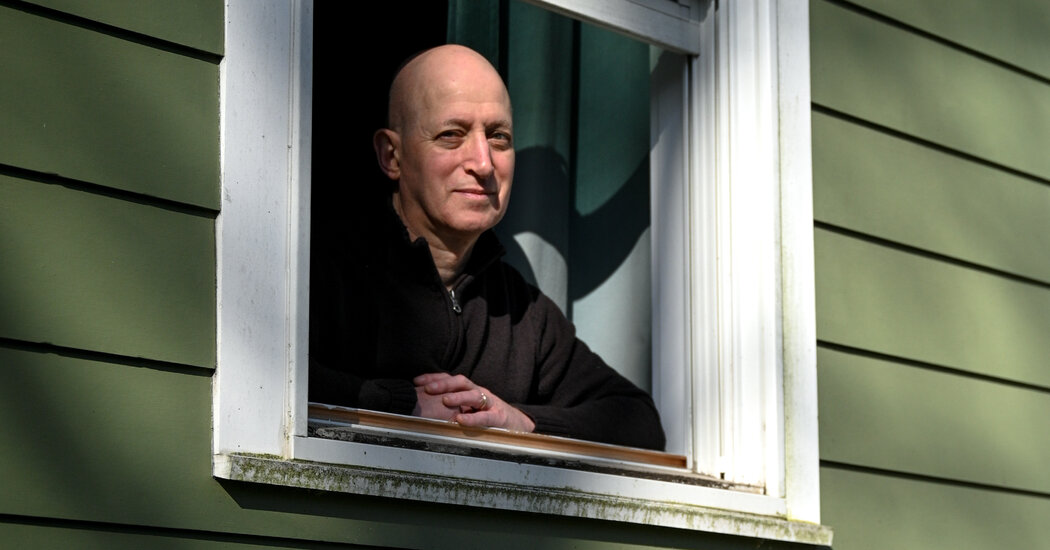 For more than a year, Dr. Andrew Wollowitz has mostly been cloistered inside his home in Mamaroneck, N.Y.

As medical director of emergency medicine at Montefiore Medical Center in the Bronx, Dr. Wollowitz, 63, was eager to help treat patients when the coronavirus began raging through the city last spring. But a cancer treatment in 2019 had obliterated his immune cells, leaving him defenseless against the virus, so he instead arranged to manage his staff via Zoom.

A year later, people in Dr. Wollowitz’s life are returning to some semblance of normalcy. His wife, a dancer and choreographer, is preparing to travel for work at Austria’s National Ballet Company. His vaccinated friends are getting together, but he sees them only when the weather is nice enough to sit in his backyard. “I spend very little time in public areas,” he said.

Like his friends, Dr. Wollowitz was vaccinated in January. But he did not produce any antibodies in response — nor did he expect to. He is one of millions of Americans who are immunocompromised, whose bodies cannot learn to deploy immune fighters against the virus.

Some immunocompromised people were born with absent or faulty immune systems, while others, like Dr. Wollowitz, have diseases or have received therapies that wiped out their immune defenses. Many of them produce few to no antibodies in response to a vaccine or an infection, leaving them susceptible to the virus. When they do become infected, they may suffer prolonged illness, with death rates as high as 55 percent.

Most people who have lived with immune deficiencies for a long time are likely to be aware of their vulnerability. But others have no idea that medications may have put them at risk.

“They’ll be walking around outside thinking they’re protected — but maybe they’re not,” said Dr. Lee Greenberger, chief scientific officer of the Leukemia and Lymphoma Society, which funds research on blood cancers.

The only recourse for these patients — apart from sheltering in place until the virus has retreated — may be to receive regular infusions of monoclonal antibodies, which are mass-produced copies of antibodies obtained from people who have recovered from Covid-19. The Food and Drug Administration has authorized several monoclonal antibody treatments for Covid-19, but now some are also being tested to prevent infections.

Convalescent plasma or gamma globulin — antibodies distilled from the blood of healthy donors — may also help immunocompromised people, although a version of the latter that includes antibodies to the coronavirus is still months from availability.

“It’s a clear area of unmet need,” said Hala Mirza, a spokeswoman for Regeneron, which has provided its monoclonal antibody cocktail to a handful of immunocompromised patients through a compassionate use program. (Regeneron released trial results this week showing that the cocktail reduces symptomatic infections by 81 percent in people with normal immune systems.)

It’s unclear how many immunocompromised people don’t respond to coronavirus vaccines. But the list seems at least to include survivors of blood cancers, organ transplant recipients, and anyone who takes the widely used drug Rituxan, or the cancer drugs Gazyva or Imbruvica — all of which kill or block B cells, the immune cells that churn out antibodies — or Remicade, a popular drug for treating inflammatory bowel disease. It may also include some people over age 80 whose immune responses have faltered with age.

“We’re extremely concerned and interested in trying to see how we might be able to help those particular patients,” said Dr. Elad Sharon, an immunotherapy expert at the National Cancer Institute.

As the pandemic spread, doctors who specialize in treating blood cancers or who care for immunocompromised people expected at least some of their patients to encounter difficulties. Dr. Charlotte Cunningham-Rundles, an immunologist at Icahn School of Medicine at Mount Sinai in New York, has about 600 patients who are almost entirely dependent on getting regular doses of gamma globulin to stay safe from pathogens.

Even so, 44 of her patients became infected with the coronavirus; four died, and another four or five had long-term illnesses. (Chronic infections may offer opportunities for the virus to evolve into dangerous variants.)

Steven Lotito, 56, one of Dr. Cunningham-Rundles’ patients, was diagnosed with a condition called common variable immune deficiency when he was 13. Before the pandemic, he had an active lifestyle, exercised and ate well. “I’ve always known to take sort of special care of my body,” he said. That included infusions of gamma globulin every three weeks.

Despite taking careful precautions, Mr. Lotito caught the virus from his daughter in mid-October. He had a fever for nearly a month, and spent a week in the hospital. Convalescent plasma and remdesivir, an anti-viral drug, provided relief for a couple of weeks, but his fever returned. He finally felt better after one more infusion of gamma globulin, during which he sweated through four shirts.

Still, after nearly seven weeks of illness, Mr. Lotito had no antibodies to show for it. “I still have to take the same precautions that I was taking, you know, a year ago,” he said. “It’s a little disheartening.”

People like Mr. Lotito depend on those around them choosing to be vaccinated to keep the virus at bay, Dr. Cunningham-Rundles said.

“You’re hoping that your entire family members and all your close colleagues are going to go out and get some shot, and they’re going to be protecting you with herd immunity,” she said. “That’s what you have to start with.”

Dr. Cunningham-Rundles has tested her patients for antibodies and signed a few up for Regeneron’s monoclonal antibody cocktail. But many other people with such conditions are not aware of their risks or their options for treatment.

The Leukemia and Lymphoma Society has set up a registry to provide information and antibody tests to people with blood cancers. And several studies are assessing the response to coronavirus vaccines in people with cancer, autoimmune conditions like lupus or rheumatoid arthritis, or who take drugs that mute the immune response.

In one such study, British researchers followed nearly 7,000 people with Crohn’s disease or ulcerative colitis from 90 hospitals in the country. They found that less than half of patients who took Remicade mounted an immune response following coronavirus infection.

Likewise, another study published last month indicated that fewer than 15 percent of patients with cancers of blood or the immune system, and fewer than 40 percent of those with solid tumors, produced antibodies after receiving a single dose of the Pfizer-BioNTech vaccine.

And a study published last month in the journal JAMA reported that only 17 percent of 436 transplant recipients who got one dose of the Pfizer-BioNTech or Moderna vaccine had detectable antibodies three weeks later.

Despite the low odds, immunocompromised people should still get the vaccines because they may produce some immune cells that are protective, even antibodies in a subset of patients.

“These patients should probably be prioritized for optimally timed two doses,” said Dr. Tariq Ahmad, a gastroenterologist at the Royal Devon and Exeter NHS Foundation Trust who was involved in the infliximab studies.

He suggested that clinicians routinely measure antibody responses in immunocompromised people even after two vaccine doses, so as to identify those who also may need monoclonal antibodies to prevent infection or a third dose of the vaccines.

Wendy Halperin, 54, was diagnosed at age 28 with a condition called common variable immunodeficiency. She was hospitalized with Covid-19 in January and remained there for 15 days. But the coronavirus induced unusual symptoms.

“I was having trouble walking,” she recalled. “I just lost control of my limbs, like I couldn’t walk down the street.”

Because she was treated for Covid-19 with convalescent plasma, Ms. Halperin has had to wait three months to be immunized and has made an appointment for April 26. But despite her condition, her body did manage to produce some antibodies to the initial infection.

“The take home message is that everybody should try and get the vaccine,” said Dr. Amit Verma, an oncologist at Montefiore Medical Center.

The gamble did not pay off in Dr. Wollowitz’s case. Without antibodies in his system to protect him, he is still working from home — a privilege he is grateful for. He was an avid mountain biker and advanced skier, both of which carry risk of injury, but with the coronavirus, he is playing it safe.

In anticipation of returning to his normal lifestyle, Dr. Wollowitz is tuning his bicycles. But he said he foresaw himself living this way till enough other people are vaccinated and the number of infections in the city drops.

“I’m not exactly sure what that date is,” he said. “I’m really waiting to get back out.”