Until a Vaccine Arrives, a Worrisome Road Ahead 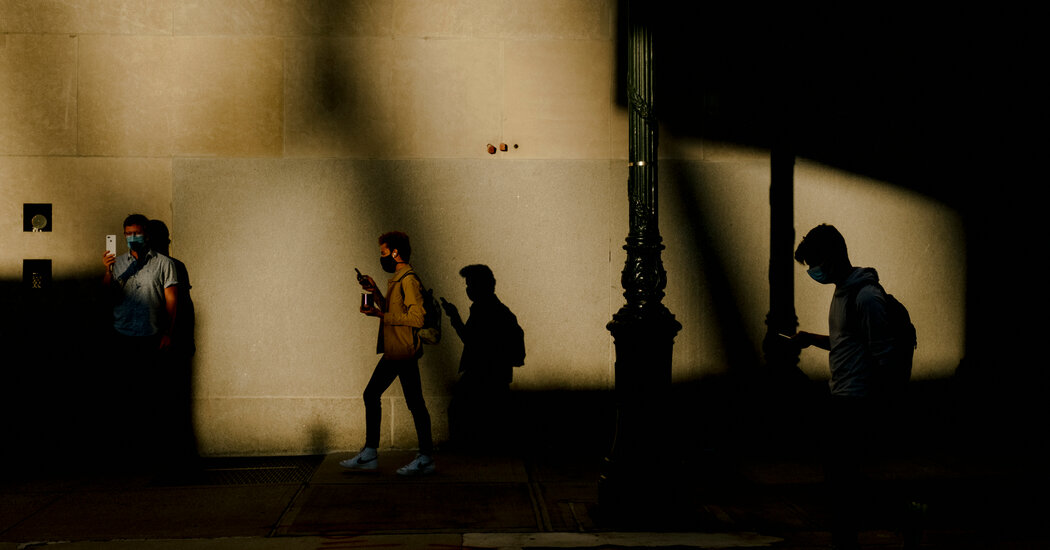 Times Insider explains who we are and what we do, and delivers behind-the-scenes insights into how our journalism comes together.

Last Sunday, the United States reported its 10 millionth case of the coronavirus, with the last million added in the preceding 10 days. Covid-19 hospitalizations hit a new high this week, and new daily cases passed 160,000 for the first time on Thursday. Throughout the pandemic, the science and health reporter Donald G. McNeil Jr. has been at the forefront of The New York Times’s coverage and was recently awarded the 2020 John Chancellor Award for Excellence in Journalism by the Columbia Journalism School. In this edited interview, he talked about the new wave of infections.

There’s a lot of optimism around Pfizer’s announcement on Monday, which suggested its mRNA-based vaccine could be more than 90 percent effective. What should we make of this? Is it too soon to rejoice?

No, I’d say a little rejoicing is in order. The F.D.A. has said it would accept a vaccine that was only 50 percent effective, which is worse than some year’s flu shots, so everyone’s expectations were lowered. This is pretty great. Plus, we were already pretty sure that mRNA vaccines would be harmless. With this type of vaccine, you’re injecting just a short stretch of the virus’s genome packed into a tiny ball of fat with a mild electric charge. In contrast, some vaccines use a whole virus that is killed or weakened and is more likely to cause bad reactions.

Pfizer actually said its vaccine is at least 90 percent effective. We need to be cautious: That was its news release, rather than the actual data, which scientists will want to examine. But I’ve read previous news releases from Big Pharma companies and compared them to the data issued later, and they’ve been honest.

Some scientists are worried that the virus in animals, like the mink, could mutate and be more dangerous to humans. Does this have any effect on the outlook for a vaccine?

Probably no effect, at least for now. Pfizer said its vaccine works against all the strains circulating in humans. The worrying mutation in one mink strain is mostly in the minks. There’s no immediate worry that it will become a dominant strain in humans.

Lockdowns have renewed around much of the world and have faced some fierce backlash in places like Italy. What’s your view on the efficiency of lockdowns, and what’s the appropriate balance to strike for economic sustainability, mental and emotional well being, and health in terms of the virus?

We need to stop thinking of lockdowns as if they are an end in themselves. A really harsh lockdown — in which people are literally ordered to stay home — pauses transmission long enough for you to launch real tools: rapid accurate testing, rapid contact tracing, isolation of infected people away from their families, and so on. China did that. New Zealand did that. But we never had any of that here. Our “national lockdown” in the spring was a joke.

China refused to reopen cities until they had zero cases for 14 days. We never dropped below an average of 20,000 cases a day. We can’t do contact tracing because a) many Americans won’t cooperate and b) outside of lockdown, every case has about 50 contacts —  20,000 times 50 is one million new contacts to trace every day. Who can do that? It’s impossible. So we’re basically stuck with masks and not eating or meeting indoors until the vaccines arrive. If people don’t do that, their hospitals get overwhelmed. When that happens, a virus that kills less than 1 percent of its victims suddenly kills 2 or 3 or 4 or 5 percent because people can’t get ventilators, can’t get ambulances, can’t even get oxygen. “Flattening the curve” is all about slowing things down so your hospitals don’t collapse.

Some companies have offered perks, like free lunch, to get workers to return to the office. Other companies, including The New York Times, have extended home working until summer 2021. When would you personally feel comfortable returning to the office?

When I’m vaccinated and everyone around me is.

The holiday season is just around the corner. What advice do you have for families eager to celebrate with their loved ones?

Do it by Zoom. Don’t let Junior come home and kill Grandma. Think of this like World War II — our soldiers didn’t get to fly home to eat turkey. My father was at Normandy. My mother was with the Red Cross in occupied Austria. They missed the holidays. Life went on. There were happier years later.