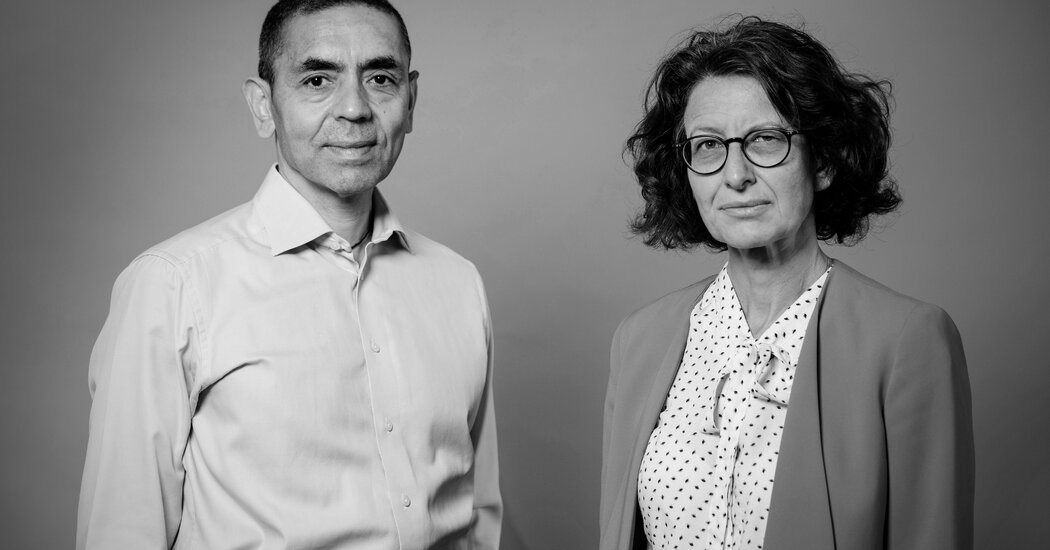 Two years ago, Dr. Ugur Sahin took the stage at a conference in Berlin and made a bold prediction. Speaking to a roomful of infectious disease experts, he said his company might be able to use its so-called messenger RNA technology to rapidly develop a vaccine in the event of a global pandemic.

At the time, Dr. Sahin and his company, BioNTech, were little known outside the small world of European biotechnology start-ups. BioNTech, which Dr. Sahin founded with his wife, Dr. Özlem Türeci, was mostly focused on cancer treatments. It had never brought a product to market. Covid-19 did not yet exist.

But his words proved prophetic.

On Monday, BioNTech and Pfizer announced that a vaccine for the coronavirus developed by Dr. Sahin and his team was more than 90 percent effective in preventing the disease among trial volunteers who had no evidence of having previously been infected. The stunning results vaulted BioNTech and Pfizer to the front of the race to find a cure for a disease that has killed more than 1.2 million people worldwide.

“It could be the beginning of the end of the Covid era,” Dr. Sahin said in an interview on Tuesday.

BioNTech began work on the vaccine in January, after Dr. Sahin read an article in the medical journal The Lancet that left him convinced that the coronavirus, at the time spreading quickly in parts of China, would explode into a full-blown pandemic. Scientists at the company, based in Mainz, Germany, canceled vacations and set to work on what they called Project Lightspeed.

“There are not too many companies on the planet which have the capacity and the competence to do it so fast as we can do it,” Dr. Sahin said in an interview last month. “So it felt not like an opportunity, but a duty to do it, because I realized we could be among the first coming up with a vaccine.”

After BioNTech had identified several promising vaccine candidates, Dr. Sahin concluded that the company would need help to rapidly test them, win approval from regulators and bring the best candidate to market. BioNTech and Pfizer had been working together on a flu vaccine since 2018, and in March, they agreed to collaborate on a coronavirus vaccine.

Since then, Dr. Sahin, who is Turkish, has developed a friendship with Albert Bourla, the Greek chief executive of Pfizer. The pair said in recent interviews that they had bonded over their shared backgrounds as scientists and immigrants.

“We realized that he is from Greece, and that I’m from Turkey,” Dr. Sahin said, without mentioning their native countries’ long-running antagonism. “It was very personal from the very beginning.”

Dr. Sahin, 55, was born in Iskenderun, Turkey. When he was 4, his family moved to Cologne, Germany, where his parents worked at a Ford factory. He grew up wanting to be a doctor, and became a physician at the University of Cologne. In 1993, he earned a doctorate from the university for his work on immunotherapy in tumor cells.

Early in his career, he met Dr. Türeci. She had early hopes to become a nun and ultimately wound up studying medicine. Dr. Türeci, now 53 and the chief medical officer of BioNTech, was born in Germany, the daughter of a Turkish physician who immigrated from Istanbul. On the day they were married, Dr. Sahin and Dr. Türeci returned to the lab after the ceremony.

The pair were initially focused on research and teaching, including at the University of Zurich, where Dr. Sahin worked in the lab of Rolf Zinkernagel, who won the 1996 Nobel Prize in medicine.

After several years they founded BioNTech as well, looking to use a wider range of technologies, including messenger RNA, to treat cancer. “We want to build a large European pharmaceutical company,” Dr. Sahin said in an interview with the Wiesbaden Courier, a local paper.

Even before the pandemic, BioNTech was gaining momentum. The company raised hundreds of millions of dollars and now has more than 1,800 people on staff, with offices in Berlin, other German cities and Cambridge, Mass. In 2018, it began its partnership with Pfizer. Last year, the Bill & Melinda Gates Foundation invested $55 million to fund its work treating H.I.V. and tuberculosis. Also in 2019, Dr. Sahin was awarded the Mustafa Prize, a biennial Iranian prize for Muslims in science and technology.

Dr. Sahin and Dr. Türeci sold Ganymed for $1.4 billion in 2016. Last year, BioNTech sold shares to the public; in recent months, its market value has soared past $21 billion, making the couple among the richest in Germany.

The two billionaires live with their teenage daughter in a modest apartment near their office. They ride bicycles to work. They do not own a car.

“Ugur is a very, very unique individual,” Mr. Bourla, Pfizer’s chief executive, said in the interview last month. “He cares only about science. Discussing business is not his cup of tea. He doesn’t like it at all. He’s a scientist and a man of principles. I trust him 100 percent.”

In Germany, where immigration continues to be a fractious issue, the success of two scientists of Turkish descent was cause for celebration.

“With this couple, Germany has a shining example of successful integration,” wrote the conservative-business site Focus.

A member of Parliament, Johannes Vogel, wrote on Twitter that if it was up to the far-right Alternative for Germany party, “there would be no #BioNTech of Germany with Özlem Türeci & Ugur Sahin at the top.”

“If it were up to critics of capitalism and globalization,” he added, “there would be no cooperation with Pfizer. But that makes us strong: immigration country, market economy & open society!”

Dr. Sahin has had little time for politics this year. BioNTech has been so busy developing a vaccine that the company has not finalized the financial details of its partnership agreement with Pfizer.

“Trust and personal relationship is so important in such business, because everything is going so fast,” Dr. Sahin said. “We still have a term sheet and not yet a final contract on many things.”