The F.D.A. authorizes another antibody treatment for high-risk Covid patients. 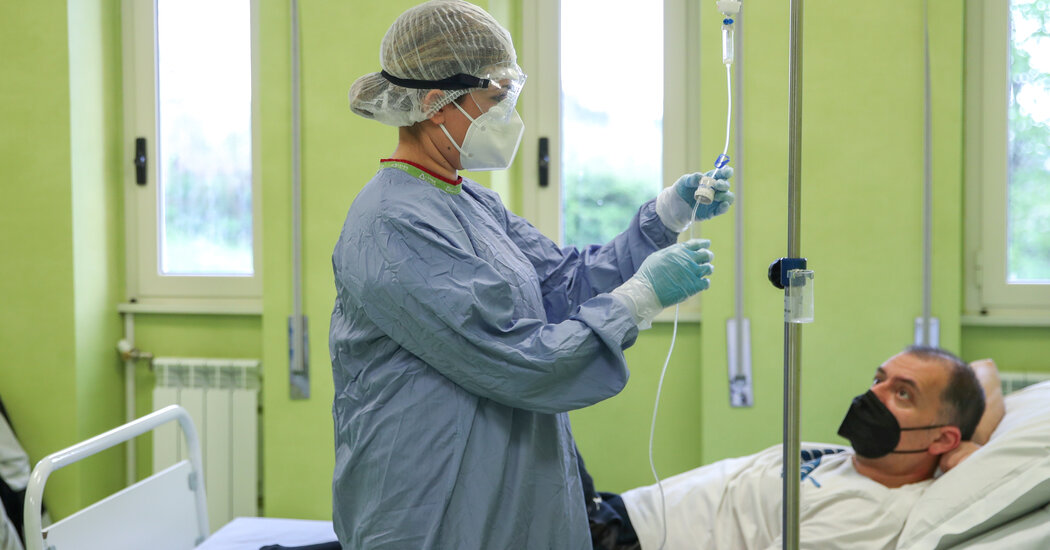 The Food and Drug Administration on Wednesday authorized a monoclonal antibody drug developed by GlaxoSmithKline and Vir as the third treatment of its kind cleared to help keep high-risk Covid patients out of the hospital.

In laboratory tests the newly authorized drug, known as sotrovimab, has been able to neutralize the virus variants first identified in Britain, South Africa, Brazil, California, New York and India. The U.S. federal government, which has so far purchased the other antibody treatments given to Covid patients in the country, has not announced any plans to purchase the new drug.

GSK has been in conversations with the U.S. government and is “working through existing commercial channels to make sotrovimab available to patients and health systems in need,” Kathleen Quinn, a company spokeswoman, said.

The company said in a news release that it expected the drug to become available in the U.S. “in the coming weeks.”

The new treatment may offer an advantage as concerns rise about new virus variants that may evade some antibody drugs.

The federal government has paused shipments of one antibody treatment on the market, a cocktail of two drugs from Eli Lilly, to eight states because of the high prevalence there of the variants first seen in South Africa and Brazil. Lab experiments suggest that those variants can resist Lilly’s treatment. (The other available antibody treatment, a cocktail of two drugs from Regeneron, appears to neutralize the array of variants, based on lab tests.)

GSK and Vir’s treatment is a single drug, designed to mimic the antibodies generated naturally when the immune system fights off the coronavirus, like those detectable after someone infected with it recovers. Its authorization was based on a study of 583 volunteers who had started experiencing symptoms within the previous five days. The study found that those who got the GSK-Vir treatment showed an 85 percent reduction in their risk of hospitalization or death, compared with those who got a placebo.

Even as vaccination numbers rise and infection rates fall in the United States, the antibody treatments are likely to remain an important tool for preventing bad outcomes in high-risk patients, doctors say. Thousands of people in the United States are still testing positive, and hundreds dying, each day.

Last week the F.D.A. broadened the criteria that doctors can use to determine eligibility for the treatment, opening the door for more young people with certain medical conditions like hypertension and members of racial or ethnic groups considered to be at higher risk than others for bad medical outcomes.

“Ultimately, it gives prescribers a lot of latitude in what they can give this for,” said Dr. Walid F. Gellad, who directs the Center for Pharmaceutical Policy and Prescribing at the University of Pittsburgh.

But the drugs from Lilly and Regeneron have not been used as widely as expected for a range of reasons, according to public health experts.

The antibody drugs are all cumbersome to administer. Patients often don’t know to ask for them or where to find them. And many doctors were skeptical of the evidence supporting the treatments when they first became available last November, though that has changed as more clinical trials have reported impressive results.

“There’s still a role for these,” Dr. Gellad said. “The problem is just people aren’t getting them who could benefit from them, and having another one on the market doesn’t necessarily solve that.”

GSK and Vir’s treatment, like the other antibody drugs, must be administered via intravenous infusion by a health care provider, which will make it harder to access. The drug makers are testing a formulation injected intramuscularly, like a vaccine, but that is not expected to be available soon.