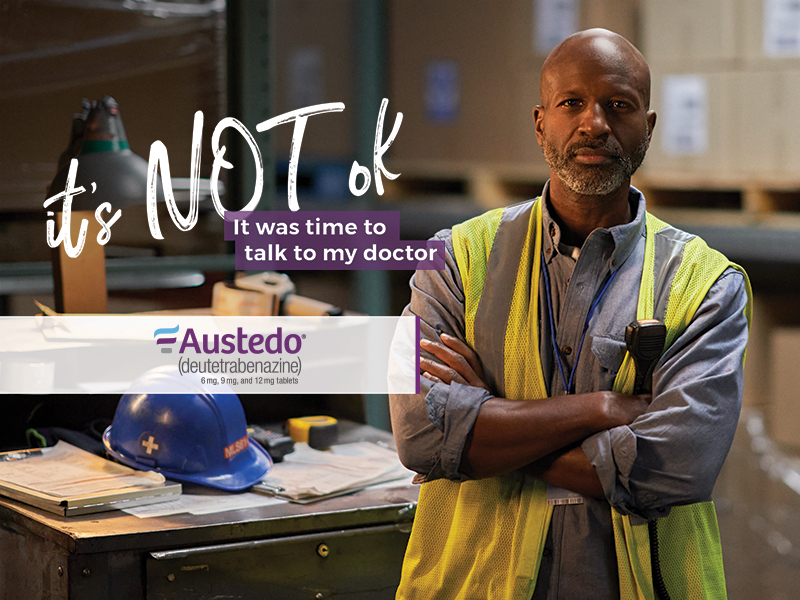 While both drugs were approved in 2017—Ingrezza in April and Austedo in August—both only recently began branded TV advertising. TD is a movement disorder caused by long-term use of some antipsychotic medications. Neurocrine previously ran a national TV awareness campaign, “Talk About TD,” that began in early 2019 and ended in March.

That’s because many patients who experience the movement disorder are worried about having to quit treatments that help them with their mental health. They often won’t talk about it and sometimes even hide their symptoms from their doctors, Tom Rainey, senior vice president specialty sales and marketing at Teva.

He estimated that among the more than 500,000 patients who have TD, only about 15% are diagnosed. Teva reported earlier this year that Austedo has about 30,000 patients on treatment.

“What we’re trying to do is inspire that patient to have that discussion, and let them know that they don’t have to come off the medication that they’re currently on that’s helping them,” Rainey said.

Teva executives teased the DTC ads in an investor call discussing its first-quarter financials last month. Brendan O’Grady, Teva’s head of commercial in North America, said Teva has been eyeing DTC for some time and that the company “sees a lot of opportunity for Austedo.”

“There’s a good, broad, general range of programming that the broadcast will be on,” Rainey said. “We’re hoping, and anticipating, that we’ll see a quick response because we believe there’s a pent-up demand of patients that just don’t know that there’s a treatment available.”