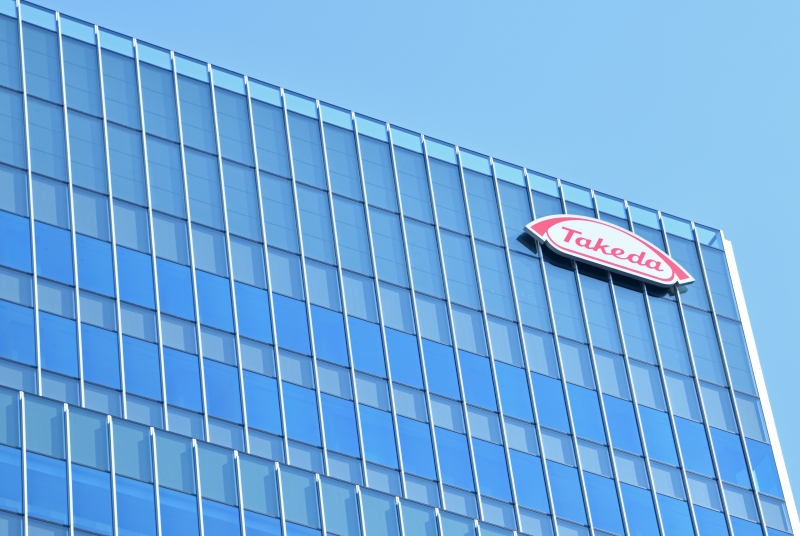 Takeda’s ongoing struggle to manufacture the hypoparathyroidism drug Natpara—snared in its $62 billion Shire buyout—has worn on for more than year. Now, a second production hangup could delay the rare disease med’s return to market until at least 2022.

Starting the week of April 5, Natpara supplies may run short for patients receiving the 100-mcg dose of the drug through the company’s special use program (SUP), Takeda said in a recent letter. Takeda tied the shortfall to a manufacturing delay separate from the rubber particulate fears that prompted a mass recall of the injectable in 2019.

While the company has “made progress” on the particulate predicament, it says it has “not yet reached a resolution” and continues to face “complex problems” bringing the drug back to the wider hypoparathyroidism patient pool in the U.S.

The latest manufacturing delay on Natpara 100 mcg “has further impacted our timelines,” Takeda said. Now, the company doesn’t see a return to market before March 31, 2021.

Supplies will remain intact for SUP patients receiving Natpara 25 mcg, 50 mcg and 75 mcg, the company said. Managers from the company’s rare disease support service OnePath will keep patients on the 100-mcg dose up to date on supply. If those patients ultimately require a new a prescription that’s equivalent to 100-mcg Natpara, they’ll be able to switch back “if we have supply available at the end of this interruption,” a Takeda spokeswoman said via email.

Takeda was tight-lipped about the nature of the production hang-up in its letter, stating simply that it had “experienced a delay that’s affected the manufacturing and release of Natpara 100-mcg.”

The company must occasionally delay manufacturing or release of a product to perform risk assessments, and while those delays typically don’t disrupt supply, “that’s not the case for Natpara,” the spokeswoman said.

“That’s because each patient receiving Natpara through the Special Use Program uses the equivalent of one year’s supply of (pre-recall) product every month,” she explained. “As such, despite maximizing our manufacturing capacity, even short disruptions can lead to supply challenges. This is due to the demands that the Special Use Program puts on supply.”

In 2019, the company recalled all U.S. Natpara doses over fears that particulates from the rubber covering, or septum, of the injector cartridge could shed into the injectors. When the covering is repeatedly punctured over the 14-day treatment period, small rubber fragments can make their way into the cartridge, Takeda said at the time.

Natpara patients almost immediately felt the squeeze. Hypoparathyroidism—a rare, calcium-depleting disease—affects roughly 70,000 people in the U.S., with some 2,800 counting on Natpara before the recall, the spokeswoman said. At the end of March 2021, there were just over 400 patients enrolled in Takeda’s special use program, she added.

“We recognize that this update may be difficult for those who have been eagerly awaiting information about our anticipated timelines for bringing Natpara back to hypoparathyroidism patients in the U.S., and we are also disappointed that we don’t have better news to share,” the company added in its letter.

When Takeda first issued its recall, it stressed that patients shouldn’t just quit taking the drug. Instead, those patients would need to switch to supplements and have their blood calcium levels tracked to make sure they didn’t dip too low.

At the time, Natpara users gathered on Facebook to discuss their options—and raised fears that Natpara might never return to market, despite Takeda’s assurance that it was working on the problem. In 2018, the last full year Natpara’s U.S. sales were reported, the drug earned $230 million.

Meanwhile, particulate problems have cropped up at other stops along Takeda’s manufacturing network. Last June, the FDA slapped a warning letter on the company’s Hikari, Japan plant after Takeda failed to suss out the cause of black particulates found in finished dose vials.

Investigators also pinpointed a malfunctioning piece of aseptic equipment during a November 2019 inspection of the Hikari plant, which led to multiple in-process batches being rejected. Despite Takeda’s “multiple investigations” into the faulty machinery, later testing turned up the same issues. Natpara is not produced at the Hikari plant, a Takeda spokesperson told Fierce Pharma at the time.