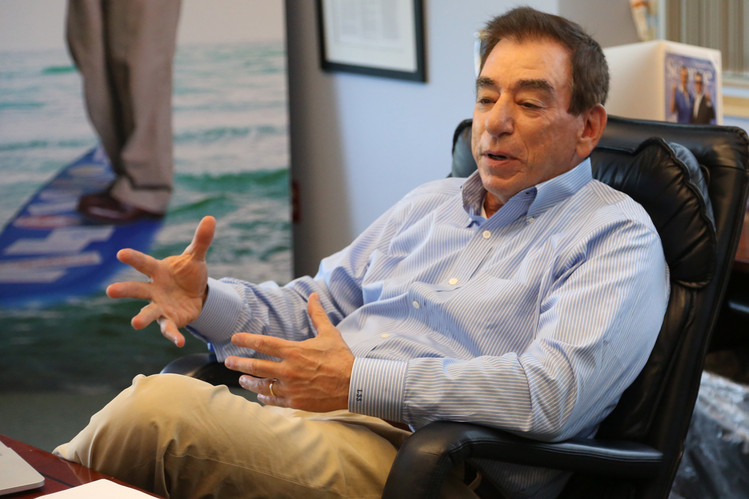 Regeneron Pharmaceuticals solidified its position in the COVID-19 fight last year with an emergency nod for its antibody cocktail of casirivimab and imdevimab—one of the few coronavirus treatments to win the FDA’s blessing.

But the portion of Schleifer’s pay package that sets him apart from the rest of the industry—and will likely dominate discussions about the top paid chiefs in biopharma for years to come—is the $130 million he earned in stock awards. That’s a more than 2,500% increase over the $4.98 million in stocks Schleifer scored in 2019. Altogether, the chief executive made $21.46 million that year.

The big motivator behind that pay spike was COVID-19. Over the span of 10 months, Regeneron ran its antibody cocktail through the clinic and came out the other side in November with an emergency use authorization. The company now has a supply deal with the U.S. government worth up to $2.63 billion.

As a reward for that pandemic hustle, Regeneron elected to replace five years of annual equity awards for Schleifer with a single grant of performance restricted stock units. Given Schleifer’s big payday, Regeneron says it won’t award any other CEO equity grants until its regular year-end grant cycle in December 2025.

Meanwhile, Schleifer isn’t the only member of Regeneron’s C-suite to reap the rewards of the company’s COVID-19 work. President and Chief Scientific Officer George Yancopoulos, M.D., Ph.D., made $134.38 million for the year, with the biggest portion of his pay package also tied to a $130 million stock award payout.

Regeneron says it is able to front-load the performance-based rewards snagged by Schleifer and Yancopoulos “upon achievement of ambitious, predetermined cumulative TSR goals over a primary performance period of five years.”

Schleifer’s 2020 pay puts him well ahead other biopharma chiefs, including those leading companies with authorized pandemic vaccines. Pfizer’s Albert Bourla, Ph.D., earned a pay package worth more than $21 million for last year’s work. AstraZeneca’s Pascal Soriot nabbed £15.45 million ($21.52 million), and Johnson & Johnson’s Alex Gorsky, who was at the top of the rankings until Regeneron posted its figures, collected $29.58 million.

Regeneron’s big success story last year was its COVID-19 antibody cocktail, which was cleared for mild to moderate COVID-19 patients at least 12 years of age who aren’t hospitalized but are at high risk for progressing to severe disease. The drug ginned up just $146 million during its first quarter on the market, but Regeneron is in line for a big payday if its U.S. supply pact plays out in its favor.

The company in January expanded its deal with the U.S. to provide up to 1.25 million doses of its cocktail. The government will pay Regeneron for any doses it’s able to produce by the end of June, and, if Regeneron can deliver on the full order, the pact will come out to $2.63 billion.