Polypill along with aspirin cuts heart attacks and strokes by up to 40%: TIPS-3 study – Express Healthcare 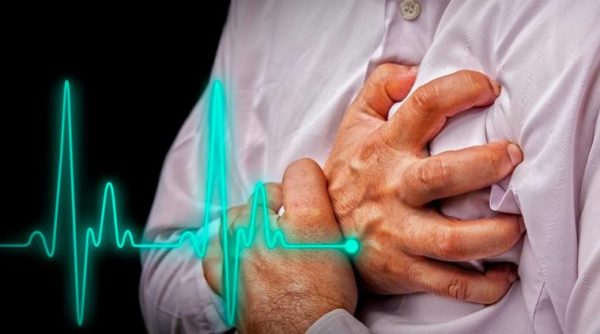 The polypill included 40 mg simvastatin; 100 mg of atenolol; 25mg of hydrochlorothiazide, and 10 mg of ramipril, which can be combined with 75 mg of aspirin a day

Heart attacks, strokes and other cardiovascular incidents can be cut by 20 to 40 per cent through use of a polypill which combines three blood pressure and one lipid lowering medications taken alone or with aspirin, according to results from The International Polycap Study 3 (TIPS-3).

“A polypill is not only effective, it is likely to be cost effective since it is based on using commonly used generic drugs,” said Prem Pais, co-principal investigator of the study and professor of St. John’s Medical College and Research Institute in Bangalore, India. “A polypill is convenient for patients to use as it combines several effective drugs in a single pill and is taken once a day, which would be expected to improve adherence.”

“This is the start of a transformational approach to preventing heart disease, we could save millions of people from experiencing serious heart disease or stroke each year with effective use of the polypill and aspirin,” said Salim Yusuf, co-principal investigator for the study and professor of medicine, McMaster University, Canada.

Professor (Dr.) Balram Bhargava, Director General of the Indian Council of Medical Research (ICMR) said that the polypill strategy is worth considering for widespread use. Costs can be further reduced for our people if and when it enters our national programmes.

This study took about eight years to complete globally with participants taking medication for an average of 4.5 years. “Studies of this nature are very difficult to conduct as it involves many centres and participants have to be followed up at least twice a year. We in India recruited 49 per cent of the total sample size,” said Denis Xavier, Professor, St. John’s and head of the division of clinical research.

The study was published in The New England Journal of Medicine and presented by the co-principal investigators at the 2020 American Heart Association scientific sessions.

The study of 5,714 people from nine countries, particularly India and the Philippines, looked at the polypill alone compared to a placebo; aspirin alone versus a placebo, and the polypill plus aspirin versus a double placebo. The men in the study were 50 or older and the women were 55 or older.

Although the formulation of different polypills may vary, the polypill used in this study included 40 mg simvastatin; 100 mg of atenolol; 25mg of hydrochlorothiazide, and 10 mg of ramipril. It can be combined with 75 mg of aspirin a day.

“The next generation of polypills will likely have greater reductions in risk factors and so can be even more effective at cutting heart disease as the formulations of polypills improve,” said Yusuf.

The benefits of combined polypill plus aspirin in those who continued to take the medications without interruption were larger and their use was associated with a 40 per cent reduction in risk. Among those who took the polypill along with aspirin, 4.1 per cent experienced a serious cardiovascular event, compared to 5.8 per cent of those who had the double placebo.