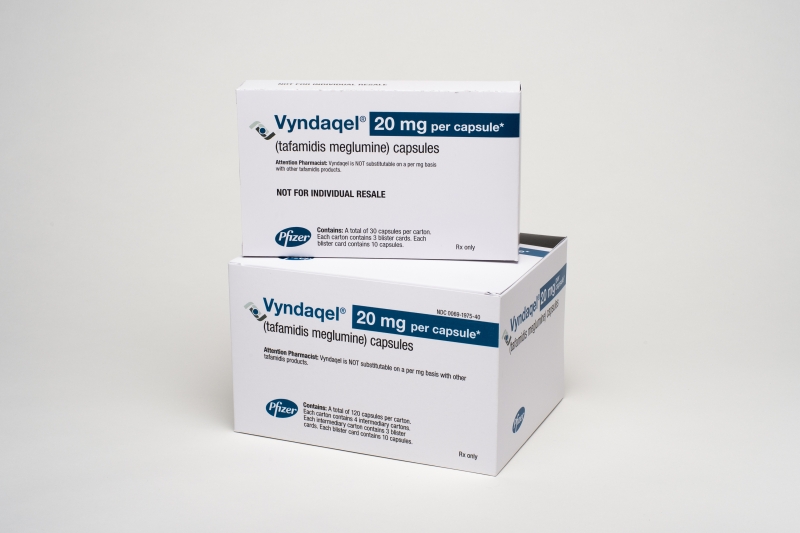 Pfizer’s 2019 launch of Vyndaqel to treat a rare heart condition was so successful in its first full quarter on the market that it generated nearly four times more sales than Wall Street’s consensus prediction.

Then in 2020, in its first full year on the market, Vyndaqel continued the momentum as it earned $429 million worldwide.

But patients in the U.K. will not have access to it anytime soon because the National Institute for Health and Care Excellence has rejected National Health Service funding for it largely because of price concerns.

In a statement to pharmaphorum, NICE said that it would conduct a rapid review of the guidance if the NHS and Pfizer can agree on a “value proposition that might make this a cost effective use of NHS resources.”

RELATED: Pfizer’s early Vyndaqel launch numbers are off the charts. Should Alynlam be worried?

Vyndaqel has been shown to reduce death and hospitalizations in patients with transthyretin amyloidosis with cardiomyopathy (ATTR-CM). It is the only drug in the world to treat the disease, which often goes underdiagnosed because its symptoms are subtle.

“Pfizer is extremely disappointed that the NICE final appraisal decision does not recommend Vyndaqel for reimbursement,” the company said in a release. “As the only authorized treatment for the condition, Pfizer strongly believes that (Vyndaqel’s) routine reimbursement will serve an important unmet need for patients in the UK.”

Pfizer said it will “remain steadfast” in its efforts to find a solution. A spokesman said that Pfizer was considering all options but that it was too early to comment on specific plans.

“We believe today’s decision is an example of the need for NICE’s existing evaluation methods to evolve in order to address the barriers in place which currently hinder equal access to rare disease medicines in the UK,” Pfizer said.

The company also pointed out that Cardiomyopathy UK and the British Society for Heart Failure vouched for the value of the drug and that NICE’s conclusions were “out of step with consensus from clinical experts.”

This was an appeal by Pfizer of a decision by NICE in October of last year.