Pfizer’s Ibrance, under threat from Novartis and Lilly, leans on real-world data in breast cancer 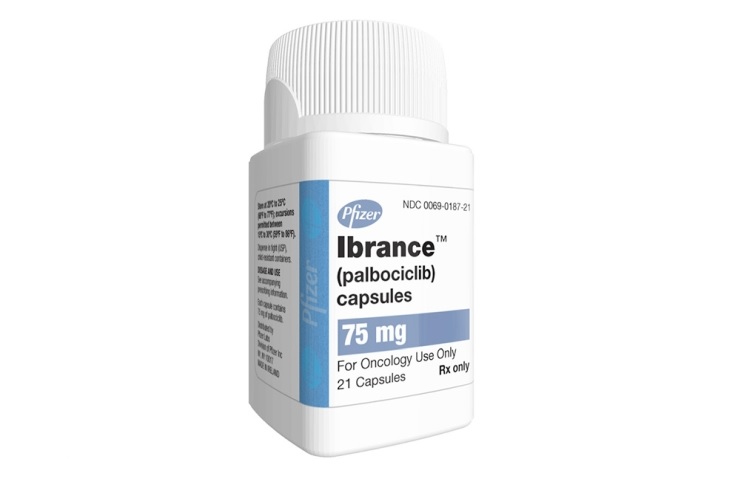 Pfizer’s breast cancer drug Ibrance is under increased pressure from rival CDK4/6 inhibitors from Novartis and Eli Lilly thanks to a couple of big clinical slips. And in the wake of those misses, Pfizer has turned to real-world data for support.

A retrospective observational analysis showed that adding Ibrance to Novartis’ hormone therapy Femara could cut the risk of death by 34% and the risk of disease progression by 42% in women with HR-positive, HER2-negative metastatic breast cancer.

After about two years of median follow-up, patients on solo Femara lived a median 43.1 months, while the median overall survival number for the Ibrance combo group was not reached, meaning more than half of patients who got the pairing were still alive at the data cutoff. The results were published in the journal Breast Cancer Research.

For Ibrance, the key message lies in the 34% death reduction rate. Questions over the magnitude of Ibrance’s life extension benefit in HR+/HER2- metastatic breast cancer have been growing after several clinical trial flops.

Still, physicians have been giving Ibrance the benefit of the doubt, partly thanks to its tolerability profile and because the miss was narrow; the median overall survival benefit of nearly 7 months is still considered clinically meaningful, as Paloma-3 senior investigator Massimo Cristofanilli, M.D., put it. In 2020, Ibrance sales still registered 9% growth, climbing to $5.39 billion.

“With more than six years of patient experience, a positive benefit-risk profile, strong clinical data and robust real-world data, the totality of evidence solidifies the role of Ibrance plus endocrine therapy as a treatment for patients with HR+, HER2- metastatic breast cancer,” Chris Boshoff, M.D., Ph.D., Pfizer’s oncology chief development officer, said in a statement Thursday.

Before the Paloma-3 flop, Ibrance, in tandem with Femara, got its front-line FDA nod based on tumor progression results from the Paloma-2 trial. In that study, the Ibrance-Femara combo cut the risk of disease progression or death by 42%.

For now, life extension data from Paloma-2 isn’t mature. Pfizer’s hope is that the same progression-free survival showing could eventually translate into an overall survival advantage in Paloma-2 that’s similar to that seen in the current real-world analysis. But Pfizer pointed out that real-world studies have inherent limitations, such as lack of randomization and lack of uniform timing of clinical assessments.

That prospect doesn’t look great for Ibrance. Data published last year from the phase 2 Paloma-1 trial again confirmed that the Ibrance-Femara combo could stall disease worsening, reducing risks by 51%. But that benefit led to just a 10% numeric reduction in patients’ death risk.

Rival CDK4/6 inhibitors, meanwhile—namely Novartis’ Kisqali and Lilly’s Verzenio—have both posted overall survival wins in metastatic disease. In the Monarch 2 trial, the combination of Verzenio and Faslodex extended the lives of pretreated women by a median 9.4 months, translating into a 25% death risk reduction. As for Kisqali, its use alongside endocrine therapy conferred a 29% reduction in the risk of death in premenopausal women in the Monaleesa-7 trial, and its own Faslodex combo pared down that risk by 28% in postmenopausal women in Monaleesa-3.

But a major threat for Ibrance is coming from the monarchE trial, which showed Verzenio could be used after surgery to prevent cancer from returning in patients with high-risk HR-positive, HER2-negative early breast cancer, according to data unveiled at last year’s ESMO event in September. In contrast, Ibrance failed in a similar phase 3 trial dubbed Pallas in the so-called adjuvant setting.

So far, first-to-market Ibrance still maintains a leading position in the CDK4/6 class with about 86% to 87% stable share in total scripts and about 80% in new script share, Pfizer CEO Albert Bourla said at this year’s J.P. Morgan Healthcare Conference in January.

“I feel quite comfortable not only based on the belief of our product … but also now backed up with the reaction of the market,” he said, suggesting Lilly’s adjuvant win hasn’t affected Ibrance’s place in the metastatic setting.

But in an investor note at the time, SVB Leerink analyst Geoffrey Porges said he saw little room for Ibrance growth from here on out as the CDK class is slated to shift to early adjuvant use. He projects Ibrance sales of $5.8 billion in 2027 before its patent expiration.