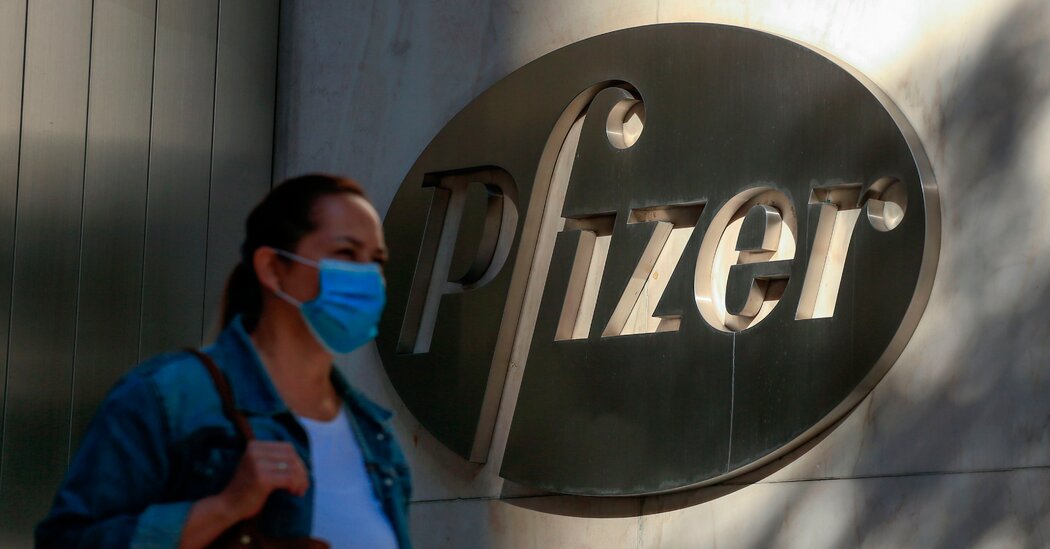 As coronavirus cases surge in the United States and elsewhere, with little relief in sight, the world got good news on Monday. Pfizer and its partner, the German company, BioNTech, announced preliminary results that suggested their vaccine was more than 90 percent effective.

The news — the first results from any late-stage vaccine trial — buoyed stock markets and spirits as the public saw a glimmer of hope. But it’s worth noting that the news is still preliminary, and there is much that is still not known about how well the vaccine works.

And one thing remained clear: The vaccine will not come in time to rescue the world from the next several months, when the virus will take many more lives unless the public takes more stringent public health measures.

Here’s what we know, and don’t know, about the vaccine.

What did these scientists find out?

In July, Pfizer and BioNTech initiated a late-stage clinical trial on a coronavirus vaccine. Half of the people got the vaccine, while other half got a placebo of salt water. The companies then waited for people to get sick to determine if the vaccine offered any protection.

So far, 94 participants out of nearly 44,000 have gotten sick with Covid-19. An independent board of experts looked at how many of those people got the vaccine, and how many got the placebo. That early analysis suggests the vaccine is over 90 percent effective.

As is standard for clinical trials, the data was “blinded,” meaning that no one except the independent board — not the volunteers, doctors, or the company’s top executives — knows how many of the 94 people sickened by the virus got the vaccine or the placebo. Given the estimate that the vaccine is over 90 percent effective, however, we can safely assume very few people who were vaccinated got Covid-19.

Is that a good result?

It is. The Food and Drug Administration had set a bar of 50 percent efficacy for vaccine makers who wanted to submit their candidates for emergency authorization. If the preliminary results from Pfizer and BioNTech bear out — and accurately reflect how the vaccine will work in the real world — then it’s far more protective than that.

To get a sense of how good these results are, it’s worth considering licensed vaccines that people regularly receive. On the low end, influenza vaccines are 40 to 60 percent effective at best, because the influenza virus keeps evolving into new forms year after year. By contrast, two doses of the measles vaccine are 97 percent effective.

Is the Pfizer vaccine safe?

So far Pfizer and BioNTech have reported no serious safety concerns from their vaccine. Before running the current large-scale study, the companies ran smaller clinical trials starting in May that were specifically designed to detect warning signs about the vaccine’s safety. They tried out four versions of their vaccine and selected the one that produced the fewest cases of mild and moderate side effects, such as fever and fatigue.

If their vaccine receives an emergency authorization from the F.D.A. and gets distributed to millions of people, the Centers for Disease Control and the F.D.A. will monitor them to make sure there’s no evidence of even rarer safety issues.

Participants in the trial will also be monitored for two years.

Who will get the new vaccine first?

Pfizer’s chief executive has said that it could have 30 to 40 million doses of the vaccine before the end of the year, enough for 15 to 20 million people to get an initial shot and a booster three weeks later.

Exactly who will qualify for the initial doses has not been decided, but groups that are at higher risk for infection, or are more vulnerable to the virus, are likely to get priority. That could include health care workers as well as older adults and those who have risk factors like obesity or diabetes.

Pfizer and BioNTech say they could ramp up to 1.3 billion doses a year. That’s still far from enough to satisfy the world’s need for vaccines. If other vaccines also prove effective, companies will be able to manufacture them as well and help meet the demand.

When will the general public be able to get it?

Pfizer has said that it will likely apply for emergency authorization in the third week of November, after it collects the two months of safety data that the F.D.A. has asked manufacturers to submit. Then, the agency will consult with an outside advisory committee of experts, and may take weeks to pore over detailed data about the vaccine’s safety, effectiveness, and the companies’ ability to safely manufacture millions of doses.

The vaccine could be authorized for certain high-risk populations before the end of the year, but that would only happen if everything goes as planned and there are no unforeseen delays.

What is left to do in the trial?

The trial will continue until it reaches 164 cases of Covid-19. At that point, the study will be complete and the results analyzed.

While the preliminary results offer some compelling evidence that the vaccine is effective, they don’t tell us with certainty just how effective it is. Clinical trials simply aren’t set up to do that. They can only allow scientists to make an estimate based on statistics — an estimate known as efficacy. The effectiveness of a vaccine can only be firmly determined once millions of people get it. But experts say that the preliminary data indicates that the effectiveness should be very high.

Will it work on older people?

The new results also don’t tell us whether older people will get strong protection from the vaccine. Pfizer and BioNTech’s clinical trial includes people over age 65, so it will eventually provide this crucial information. Early clinical studies have suggested that older people produce a weaker immune response to coronavirus vaccines. But with such strong preliminary evidence, it’s possible that they will still get strong protection from a vaccine.

Another open question is whether children will get protection from the vaccine. The trial run by Pfizer and BioNTech initially was open to people 18 or older, but in September they began including teenagers as young as 16. Last month, they launched a new trial on children as young as 12 and plan to work their way to younger ages.

Was the Pfizer vaccine part of the government’s Operation Warp Speed?

On Monday, Vice President Mike Pence said on Twitter that the news came “thanks to the public-private partnership forged” by Mr. Trump.

In July, Pfizer got a $1.95 billion deal with the government’s Operation Warp Speed, the multiagency effort to rush a vaccine to market, to deliver 100 million doses of the vaccine. The arrangement is an advance-purchase agreement, meaning that the company won’t get paid until they deliver the vaccines. Pfizer did not accept federal funding to help develop or manufacture the vaccine, unlike front-runners Moderna and AstraZeneca.

Pfizer has distanced itself from Mr. Trump and Operation Warp Speed. In an interview on Sunday, Kathrin Jansen, a senior vice president and the head of vaccine research and development at Pfizer, said, “We were never part of the Warp Speed,” adding, “we have never taken any money from the U.S. government, or from anyone.”

On Monday, a spokeswoman for Pfizer clarified that the company is part of Operation Warp Speed as a supplier of a potential coronavirus vaccine.

Although it’s true that Pfizer and BioNTech had been working on a vaccine all year before the companies struck their deal with the U.S. government in July, a $1.95 billion deal is nevertheless a significant incentive to keep going. In fact, international health organizations have long used such market guarantees to encourage for-profit manufacturers to supply vaccines to the developing world.

What does this news mean for the other vaccines in the race?

There are 10 other vaccines now in late-stage trials across the globe. The fact that Pfizer and BioNTech have gotten encouraging results is making experts optimistic about the entire field.

“It gives us more hope that other vaccines are going to be effective too,” said Akiko Iwasaki of Yale University.

Pfizer and BioNTech are testing a vaccine that uses a genetic molecule called RNA to cause our own cells to make a viral protein. Our immune systems encounter the protein and make antibodies and immune cells that can recognize the protein quickly and deliver a swift attack. Moderna is in late-stage trials with an RNA vaccine of its own, and early clinical trials on other RNA vaccines are underway in China, England, India, Singapore, South Korea, and Thailand.

Widespread success of coronavirus vaccines would be a huge boon to the world’s health, because Pfizer and BioNTech alone cannot meet the full demand.

Can we stop wearing masks now?

Please don’t. The coronavirus is raging across the country, and public health experts have said that Americans need to be prepared for a very tough winter.

Even if a vaccine is authorized within months, it will initially only be available to a sliver of the American public. Most health officials think an effective vaccine won’t be available to anyone who wants it until well into next year. Even then, there is still no data about whether a vaccine will stop asymptomatic spread of the virus, or the extent to which it will prevent people from developing severe Covid-19.

Most experts say even when a vaccine is widely available, additional measures like masks will still be necessary until the public health threat has subsided.

“This will not replace hygienic measures — it will be an adjunct to hygienic measures,” said Dr. Paul Offit, a professor at the University of Pennsylvania and a member of the F.D.A.’s vaccine advisory panel. “You owe it to others to make sure you wear a mask.”