PARP inhibitors could exploit weaknesses in a range of cancers 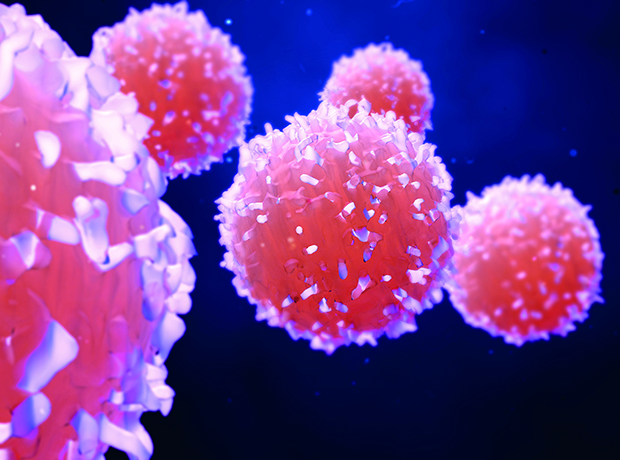 PARP inhibitors – a type of drug most commonly used to treat ovarian and breast cancers – could offer a new way of targeting a range of cancers with a particular gene defect in the PBRM1 gene, according to researchers.

A new study, undertaken by researchers from The Institute of Cancer Research, London (ICR) alongside Paris-based cancer research institute Gustave Roussy, found that this type of drug killed cancer cells with a defect in the PBRM1 gene.

They found that PARP inhibitors can break down the DNA defences of these cancer cells, preventing them from completing repair damage to their genetic code.

PBRM1 mutations can be observed in around half of all kidney cancer cases, as well as in mesothelioma and in some lung or bile duct cancers.

The researchers discovered that treating PBRM1-defective cancer cells with PARP inhibitors in the lab had a ‘synthetic lethal’ effect, causing this type of cell to die.

Following the promising early-stage results, two Gustave Roussy-sponsored Phase II clinical trials have been developed in a bid to evaluate a PARP inhibitor with immunotherapy in patients with a range of cancers carrying defective PBRM1 genes, including kidney, lung, bkadder and bile duct cancers.

“Defects in the PBRM1 gene are common in various cancers, including half of all clear cell renal cell carcinomas, a common form of kidney cancer. Our findings suggest that cancers with faulty PBRM1 genes are sensitive to PARP inhibitors – drugs that strip cancer of its DNA defences,” said Chris Lord, professor of Cancer Genomics at ICR.

“These findings are promising and our colleagues in Paris have already begun trials in patients based on this work. We’re hopeful that this could become a brand new genetically targeted approach to treating cancer, and could offer hope to patients,” he added.