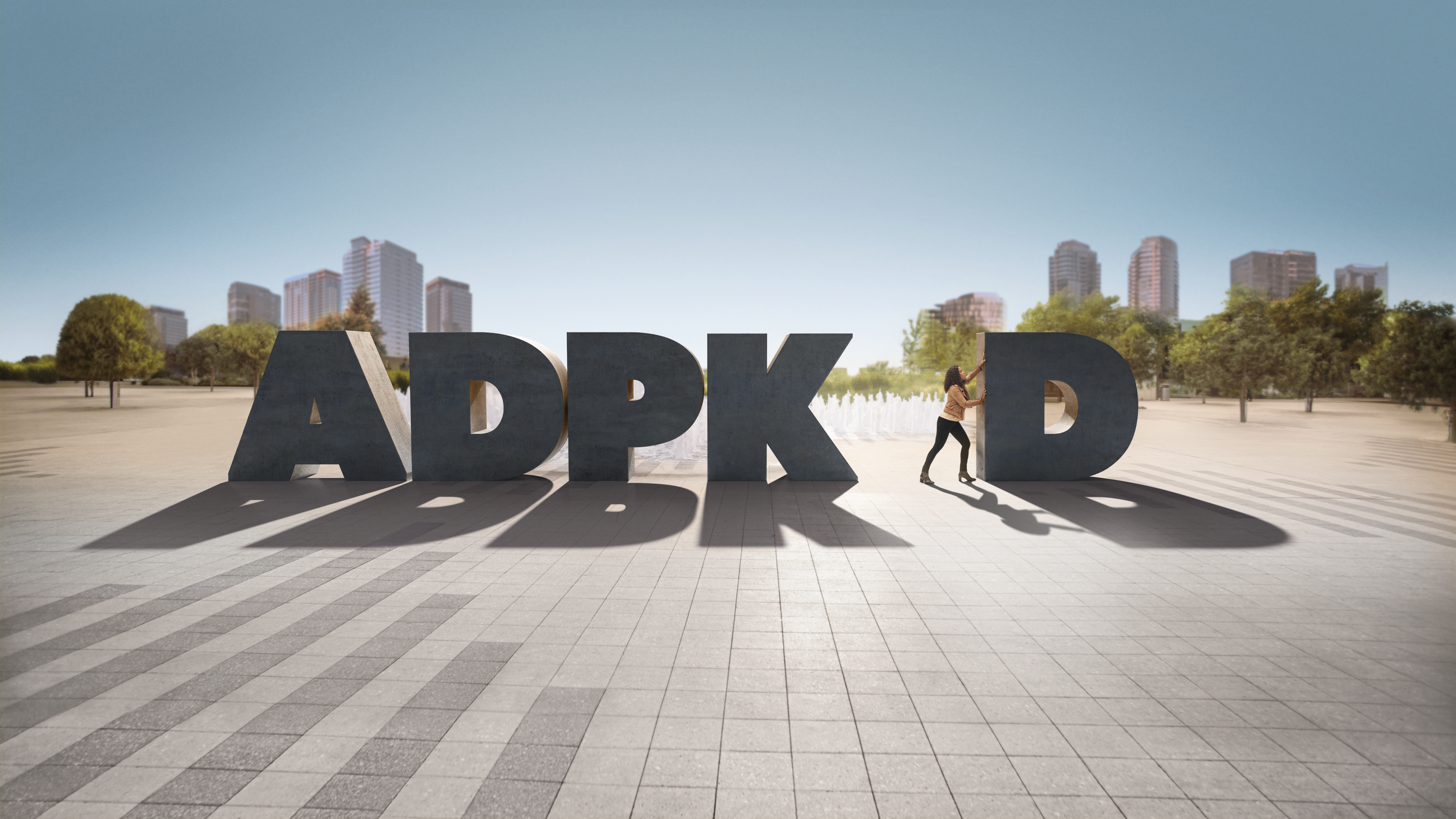 Otsuka wants to create a next generation of kidney disease patients—Gen J. Short for Generation J, with the J standing for Jynarque, they’re the first age group who may be able to control progression of a rare kidney disease.

Autosomal dominant polycystic kidney disease, or ADPKD, is an inherited disease, and many younger people have watched their parents’ condition lead to a kidney transplant or dialysis.

The “Gen J” moniker is just one part of Otsuka’s new Jynarque campaign that encourages patients to “create space” with long-term treatment.

In video ads, Otsuka goes for a literal interpretation, featuring people confronted by the giant letters of “ADPKD” blocking their paths. With some effort, they manage to separate the “K” and the “D” to create the space to pass.

“If you think about the ADPKD—the K is kidney and the D is disease—we’re trying to put space between the patient’s kidney and the disease,” said Louis Allesandrine, Otsuka VP and head for nephrology and medical devices. “That’s really the goal—to put distance between having ADPK and having it be a disease, because Jynarque can actually slow the progression of kidney disease.”

The brand campaign follows Otsuka’s awareness effort earlier this year, which focused on getting the word out to healthcare professionals about proper screening for ADPKD. The centerpiece of that push was a literal “Big Kidney” illustrating the cysts that form in these patients.

Launched two weeks ago with a social media push on Facebook, Instagram and Twitter, the latest plan is to drive patients to the brand website. The site features patient stories and community, with videos and articles about patients with ADPKD and their treatment.

The new brand campaign also features a dedicated YouTube channel with patient education videos discussing how the drug works, how the disease progresses, the role heredity plays and how to take action.

Allesandrine emphasized the importance of the company’s ambassador program, where they put prospective patients in touch with current Jynarque users. The ability to speak with people who are on the drug alleviates a lot of trepidation.

“There’s  a lot of angst when you go onto a new drug,” she said. “When they’re put in touch with someone already on the product, a lot of their questions are answered, and oftentimes any concerns they have can be alleviated. We’ve seen a lot of patients start (on Jynarque) because of the patient ambassador program.”

Jynarque was approved by the FDA in 2018 as the first drug available to treat ADPKD. The V2-receptor antagonist treats rapidly progressing autosomal ADPKD.

Otsuka noted the positive impact of its marketing in its 2020 annual report, pointing out that the number of prescriptions in the U.S. increased “mainly due to efforts to raise awareness of the disease and provide information.”