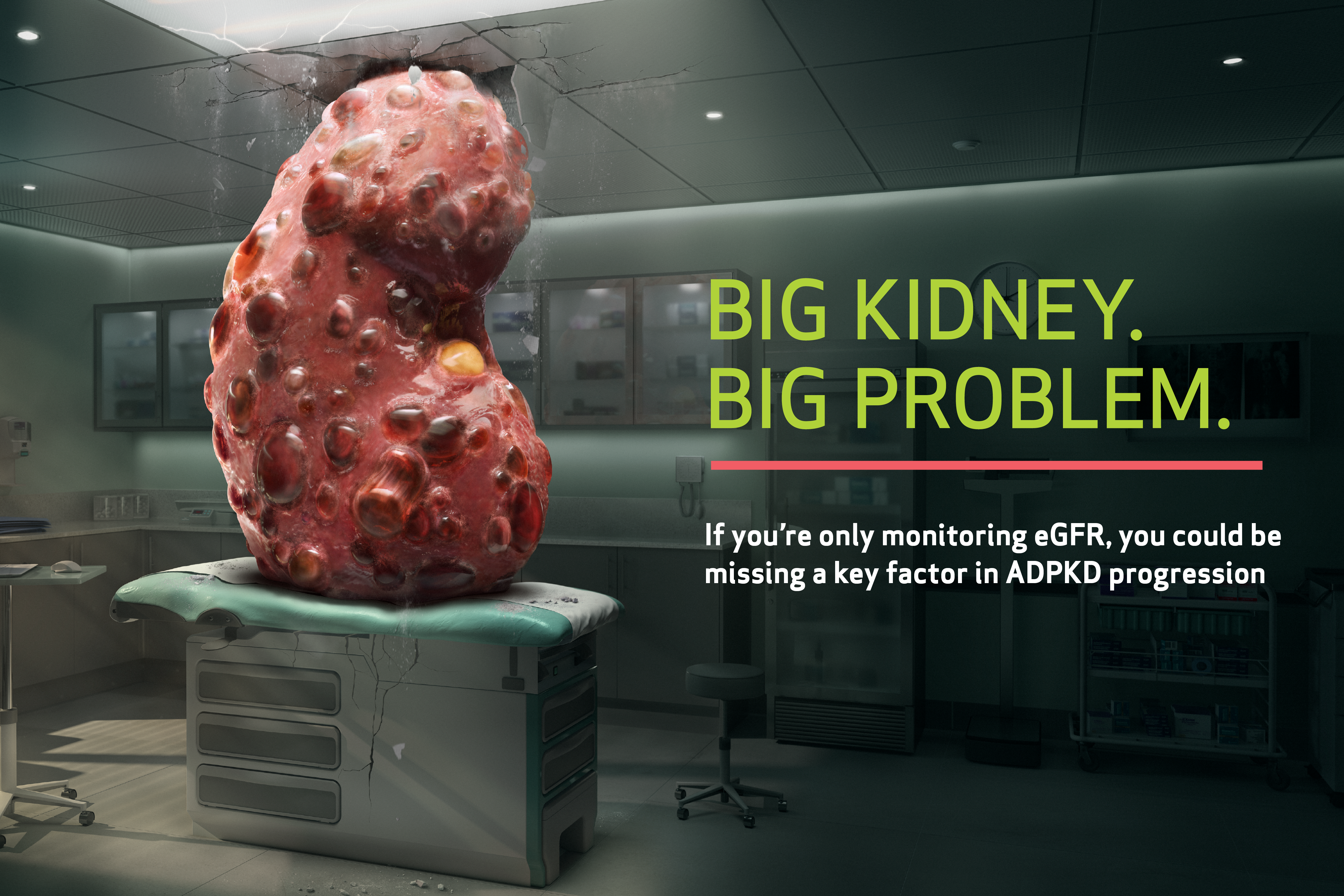 Changing physicians’ behavior is a tall order. So Otsuka is using a giant kidney to get their attention.

“It’s underutilized, but it’s a very good marker for which patients are at risk for rapidly progressing disease,” Louis Allesandrine, VP and business unit head for nephrology and medical devices, adding the campaign’s “call to action is to take an image and understand how big a kidney is.”

ADPKD is a rare genetic disease that causes renal cysts to grow in the kidneys over time. Lifetime progression varies by individual and cysts can multiple rapidly and go undetected by eFGR tests. That’s because healthy nephrons in the kidney tend to overcompensate for damaged ones in early stages of the disease causes eFGR to appear normal.

“It’s a rare disease, and many physicians will have only one or two patients. If you can imagine on any given day all the different patients they’re seeing, it’s tough for some HCP to stay up on what are the most relevant things to do with testing,” Alesandrine said.

While the campaign is unbranded, Otsuka’s Jynarque is approved to treat rapidly progressing autosomal ADPKD. The V2-receptor antagonist was approved by the FDA in 2018, and Otsuka’s year-end 2020 financial report notes “in the U.S., the number of prescriptions for ADPKD has increased smoothly as efforts to raise awareness of the disease” spurred both disease and product awareness.