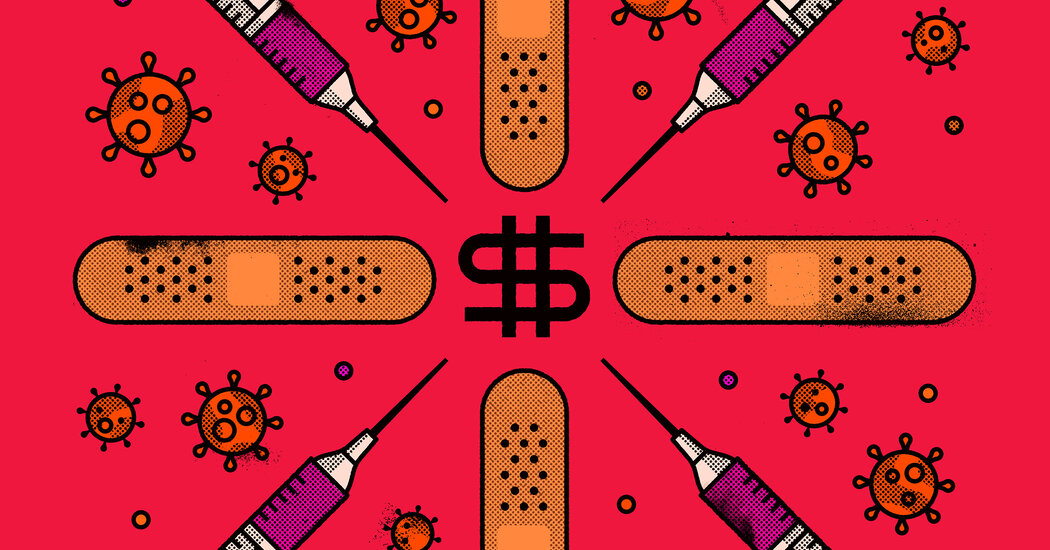 The director of the Centers for Disease Control and Prevention is worried about how Americans will pay for vaccines in the future. As well she should be.

“I worry about the day where the vaccine will no longer be free,” the director, Dr. Rochelle Walensky, said this month, referring to the fact that the government is providing coronavirus vaccinations to all Americans at no cost. “What about if we need a third booster?” Dr. Walensky asked. “What happens then? Who’s going to pay for that?”

This question should concern every American and every policymaker in Washington. These vaccines, which are critical to ending the scourge of Covid-19, were developed with government funding and purchased for $10 to $19.50 per dose with taxpayer dollars.

Now they are poised to jump in price — a lot, if you listen to the stated intentions of vaccine producers. Executives at Pfizer, Moderna and Johnson & Johnson, the three companies whose coronavirus vaccines have been approved for emergency use in the United States, have said they will maintain their current pricing models during the pandemic but expect to raise prices after it ends. Frank D’Amelio, Pfizer’s chief financial officer, recently said that in a postpandemic environment, “obviously, we’re going to get more on price,” noting that vaccine prices are normally $150 to $175 per dose.

Many experts now predict that Covid-19 booster shots will become a regular part of our lives for years. An increase in the price of coronavirus vaccines would have considerable impact on American health care spending. If Pfizer raised the price of its coronavirus vaccine from $19.50 per dose to $175, a yearly shot for every American adult would cost $44.7 billion and could increase annual U.S. drug spending by 9 percent.

Pfizer has claimed it did not rely on government money to develop its vaccine, but that’s not exactly true. Pfizer did not receive U.S. funding to develop its vaccine, as did Johnson & Johnson and Moderna, which received support from the National Institutes of Health. While Pfizer had already been investing in mRNA vaccines, it was most likely able to bring its coronavirus vaccine to market in record time in part because of recent and past government investment in mRNA research. (Pfizer’s German partner in its vaccine development, BioNTech, received a $445 million grant from its national government.)

Over the past several decades, as private companies invested less in vaccines, the government, fearing a pandemic, took up the slack. Scientific advances in mRNA vaccine technology that were funded by the National Institutes of Health and the Defense Advanced Research Projects Agency enabled Pfizer and Moderna to start working on a coronavirus vaccine as soon as the virus’s genetic sequence was available.

The United States government was prepared to spend whatever was necessary — $18 billion to date — to facilitate the development of vaccines that would end the spread of the coronavirus. The government was willing to assume the financial risks of vaccine development and to permit the companies to begin manufacturing doses before clinical trials were even completed.

The story of coronavirus vaccines is the story of drug development in America writ large. Government funding contributed to research associated with all 210 new drugs approved by the U.S. Food and Drug Administration between 2010 and 2016, for example. The director of the National Institutes of Health, Francis Collins, said, “We at N.I.H. play a very major role in the early stages of almost every drug that gets developed and approved by the F.D.A.”

Yet in the United States, the government often funds research and development and then hands off the ownership of vaccines and medicines to companies that can charge whatever price they think the market will bear. Drug companies often demand a premium price to compensate for early risk that was actually borne by taxpayers.

I have an incurable cancer and am currently kept alive by four drugs with a combined price of more than $900,000 per year. Medicare pays for most of this, but one drug costs me $18,000 per year out of pocket. I know the importance of both innovation and affordability. And when patients like me suggest limiting the drug industry’s power to dictate prices, the companies threaten that innovation will cease, even though the foundation for most innovation in drug development is paid for by government, not private companies.

Which brings us back to Dr. Walensky’s very legitimate concerns about how we will pay for coronavirus vaccines in the future. We can start by allowing Medicare to negotiate the prices it pays for medicines and vaccines, which the U.S. government is precluded from doing now. The U.S. can also protect Americans from price gouging by tying drug price increases to the rate of inflation.

Americans should stop buying the pharmaceutical industry’s argument that innovation and new drug development will dry up if the government uses its purchasing power and bargains to get a better deal. The United States spends more per capita than any other wealthy nation for prescription drugs — often the same drugs available for far less overseas. And while taxpayer dollars play a key role in funding innovation, the pharmaceutical industry enjoys profits that are almost double the average of companies in the S&P 500. We can have lower prices as well as innovation.

In the coming weeks Congress is expected to advance legislation that would allow Medicare to negotiate drug prices. President Biden has pledged his support. This year, we can achieve reforms that both advance innovation and ensure Americans can afford the medicines — and vaccines — we need.

David E. Mitchell (@DavidP4AD) is a cancer patient and a founder of Patients for Affordable Drugs, a nonprofit organization that advocates lower prescription drug prices.