Opinion | Don’t Worry Too Much About Covid Vaccine Allergic Reactions 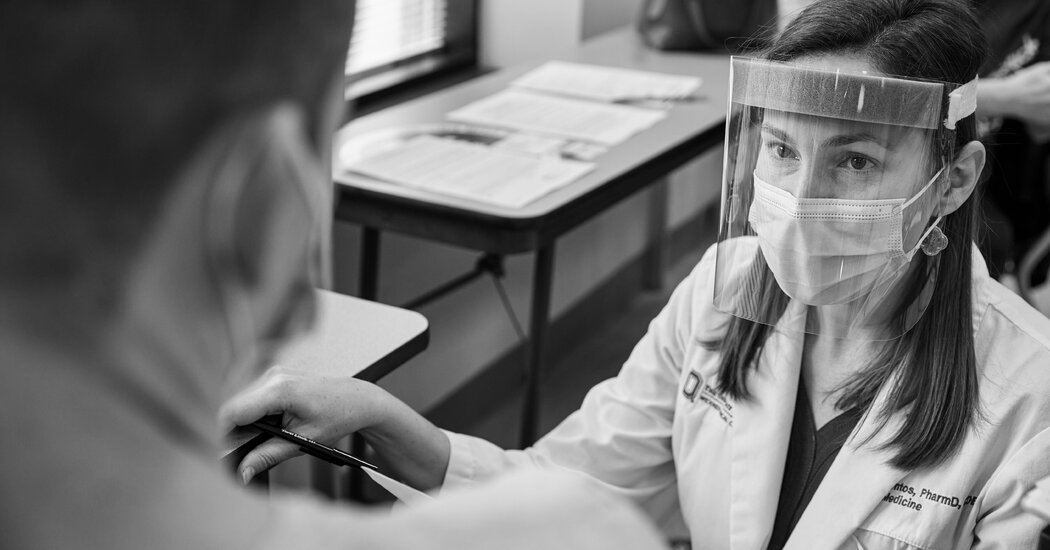 At this point, most of us have heard about allergic reactions to Covid-19 vaccines: the doctor in Boston who had to administer his EpiPen, the hospital worker in Alaska who had trouble breathing. But it’s not at all surprising that allergic reactions happen. What matters most is the severity and the rate at which they occur. And for the Covid vaccines, there’s no doubt that the value of vaccination outweighs the risk.

The Centers for Disease Control and Prevention issued updated guidance on administering the Covid vaccines on Dec. 19. The agency noted that a small number of people had experienced significant allergic reactions. The C.D.C. recommended that everyone who received a vaccine be observed for at least 15 minutes. Those with a history of severe allergic reactions to pretty much anything should be observed for 30 minutes.

Anaphylaxis — a potentially life-threatening allergic reaction — is nothing to be ignored. It’s most commonly associated with allergies to foods, like peanuts, or bee stings, and it’s the reason many people carry EpiPens. Often, immediate administration of epinephrine is the only thing that can prevent death.

Even so, an average of around 60 people die each year from hornet, wasp and bee stings and three times as many die from food allergies. When the C.D.C. updated its guidance, at least six out of hundreds of thousands of recipients had experienced a severe allergic reaction, but all of them recovered with treatment.

The news media has covered these reactions, and it’s understandable that the public would be concerned about the dangers of new medications, especially ones that were developed so quickly and under such enormous pressure.

But put those numbers in context: More than 2.1 million people in the United States have received a dose of a vaccine at this point. So far, according to reports, about 11 severe allergic reactions — representing about one in 190,000 doses administered — have been noted. This is still higher than the overall rate of anaphylaxis in vaccinations, at 1.3 per one million given, but that may be only because we are being much more careful about monitoring reactions at the moment.

With distribution of a coronavirus vaccine beginning in the U.S., here are answers to some questions you may be wondering about:

Context also matters. About one in 10 Americans have reported an allergic reaction to penicillins. About one in 100, perhaps, have a true allergy to that class of drugs (I’m one of them). Between one in 2,500 and one in 5,000 experience anaphylaxis. But pediatricians like me dispense penicillin all the time, with minimal concerns. We do so because most allergic reactions are minor and serious ones can be managed, and because we believe that the benefits outweigh the harms.

Every potential bad outcome of a Covid vaccine should be weighed against the chance of getting sick or dying from the disease.

Using data from Indiana, which has conducted multiple statewide studies on the prevalence of Covid-19, colleagues from the I.U.P.U.I. Fairbanks School of Public Health and I calculated the disease’s infection fatality rate. We found that, for people 60 years and older who were not living in jails or nursing homes, Covid-19 killed about one in 58 of those infected. For people between the ages of 40 and 59, it was about one in 833, and for people younger than 40 it was about one in 10,000. For those who were not white, the fatality rate was more than three times that for whites.

While a vast majority of people who develop Covid-19 survive, more than 670,000 Americans have been hospitalized with the disease this year; scientists are still struggling to treat so-called long-haulers, who endure long-term effects of the disease. A recent study in JAMA Internal Medicine also showed that when the coronavirus is more prevalent in an area, outcomes worsen. Surges are occurring all over now.

Getting a vaccine appears to be orders of magnitude safer than getting infected with the virus.

In order for the crisis to end, we need herd immunity. The only way to reach that is to get most people immunized or infected. Based on the numbers above, the latter would be a tragedy. Scaring people unnecessarily away from the former would result in more infections, more deaths and more economic and societal hardship. We should definitely be transparent and plain about the risks and benefits of the vaccines, but we need to put numbers in context of the risks of Covid-19.

Vaccines aren’t perfect. In the coming weeks and months, we can expect to read about people who were immunized and got sick anyway. This won’t mean that the vaccine is a failure; it will simply show, as we already know, that the shots are not 100 percent effective.

Those of us who communicate about public health have too often failed to be clear during this pandemic. Many Americans wound up being confused about masks, tests and certainly in how we should think about risk. This has not only led to confusion. It likely also led to sickness and death. Let’s do better with vaccines. There’s a real chance we can stop this pandemic in 2021 if we get this right.