Opinion | Biden Made a Promise to Scientists. He Can Still Keep It. 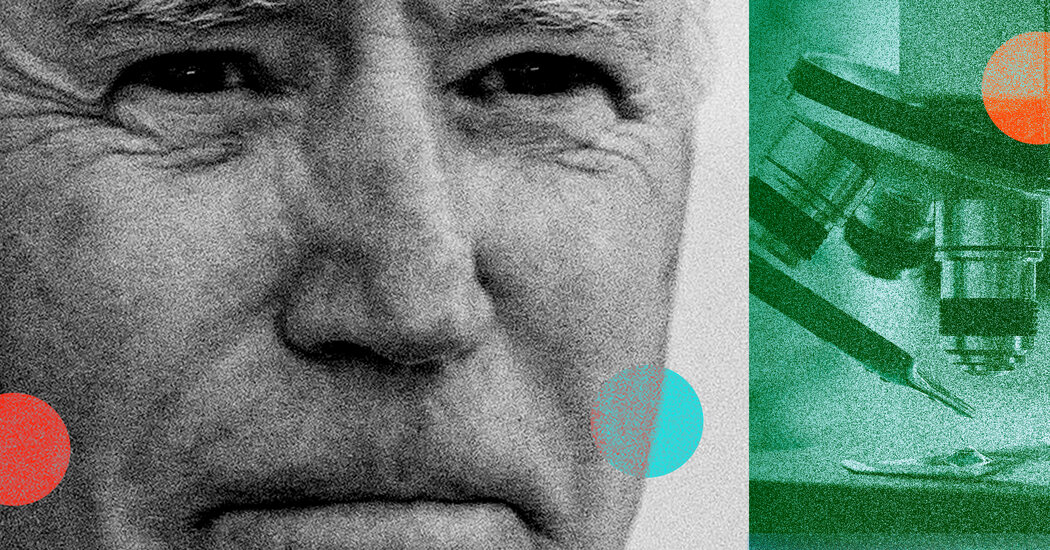 In 2016, Joe Biden, then vice president, launched the Cancer Moonshot initiative, a project to identify new approaches for preventing and treating cancer. That year he learned of stark failures by the National Institutes of Health and its grantees in managing results from cancer experiments, and he told an audience at a cancer research conference that he was outraged.

Researchers using federal funds to conduct cancer trials — experiments involving drugs or medical devices that rely on volunteer subjects — were sometimes taking more than a year to report their results to the N.I.H., as required. “If you don’t report, the law says you shouldn’t get any funding,” he said, citing an investigation I had published in Stat with my colleague Talia Bronshtein. “Doc, I’m going to find out if it’s true, and if it’s true, I’m going to cut funding. That’s a promise.”

It was true then. It’s true now. More than 150 trials completed since 2017 by the N.I.H’s National Cancer Institute, which leads the $1.8 billion Moonshot effort, should have reported results by now. About two-thirds reported after their deadlines or not at all, according to a University of Oxford website that tracks clinical trials regulated by the Food and Drug Administration and National Institutes of Health. Some trial results are nearly two years overdue. Over all, government-sponsored scientists have complied less than half the time for trial results due since 2018. (A spokeswoman for the N.I.H. said, “We are willing to do all measures to ensure compliance with ClinicalTrials.gov results reporting.”)

Congress began to require that researchers report results in 2007, after pharmaceutical companies were found to have harmed patients by hiding data that showed lucrative drugs were unsafe or ineffective. Notoriously, GlaxoSmithKline suppressed trial data suggesting that the antidepressant Paxil was ineffective and increased suicidal ideation in teens. (In 2012, the company agreed to plead guilty to criminal charges relating to fraud and a failure to release safety data and pay $3 billion in penalties.) The law’s reporting requirements were clarified in 2017. Trial sponsors must now report results within a year after they collect the most critical data.

The National Institutes of Health operates ClinicalTrials.gov, but many projects the agency conducts or funds do not report results for years after their deadlines. These include trials of medicines for advanced pancreatic, lung, brain and gastrointestinal cancers. The lapses dishonor trial volunteers, many of whom almost certainly died without knowing whether their sacrifices benefited anyone except the grantees. With dozens of federally funded trials on Covid-19 treatments and vaccines pending, the stakes — and ethical imperatives — for transparency have grown.

Doctors, researchers and patients rely on accessible, clear data that is only provided by ClinicalTrials.gov. In 2016, Francis Collins, the director of the National Institutes of Health, announced that the agency would begin penalizing researchers for failing to comply with its reporting requirements. “We are serious about this,” he said at the time. Yet in the years since, neither the F.D.A. nor N.I.H. have enforced the law. A “wall of shame” that Dr. Collins pledged to create to name violators never materialized.

The failure to enforce comes at a cost: Oxford researchers calculated that the F.D.A. could have penalized trial sponsors $18 billion for reporting failures since 2018. It has yet to collect the first dollar. The National Institutes of Health is allowed to withhold funds from grantees, as Mr. Biden pledged to do five years ago — but it never has.

Bad press has forced some improvement. Many pharmaceutical giants, including AstraZeneca, have recently followed the rules, although reporting results is hardly sufficient for transparency — as reflected in the company’s recent coronavirus vaccine data debacle, in which independent data monitors criticized the company for exaggerating the effectiveness of its vaccine.

With researchers at government-sponsored trials setting a bad example by violating requirements much of the time, it’s little wonder that institutions treat the law as a mere suggestion. Even some well-financed, prestigious research organizations admit they don’t always meet reporting requirements. Among them, the University of Texas MD Anderson Cancer Center and the Dana-Farber Cancer Institute told me they are working to improve their compliance. Massachusetts General and Brigham and Women’s Hospitals said they are committed to timely reporting.

Some researchers complain about confusing and onerous reporting requirements, although the 2017 revision to the rule vastly reduced those problems. Some say publishing in scholarly journals should suffice. But those publications often require paid subscriptions, which limits who can read them, and such reports sometimes truncate key data, including side effects. And for thousands of trials, nothing is published at all.

Improved reporting by some large drug companies and leading universities and nonprofits — including Memorial Sloan Kettering Cancer Center, and Duke and Johns Hopkins Universities — also belie violators’ specious gripes. Many institutions simply don’t make reporting a priority. Recalcitrance by others suggests a lingering impulse to divert attention from data that reflect poorly on experimental treatments — the insidious problem ClinicalTrials.gov was meant to solve. Scientific progress demands openness, even when it’s bad for business or the next grant proposal.

At his first presidential news conference, Mr. Biden committed to boosting medical research. Adequate access to that important work now depends on whether the president lives up to his promise about ClinicalTrials.gov.

Charles Piller (@cpiller) is an investigative journalist for Science. He has reported extensively about medical research, public health and infectious disease.