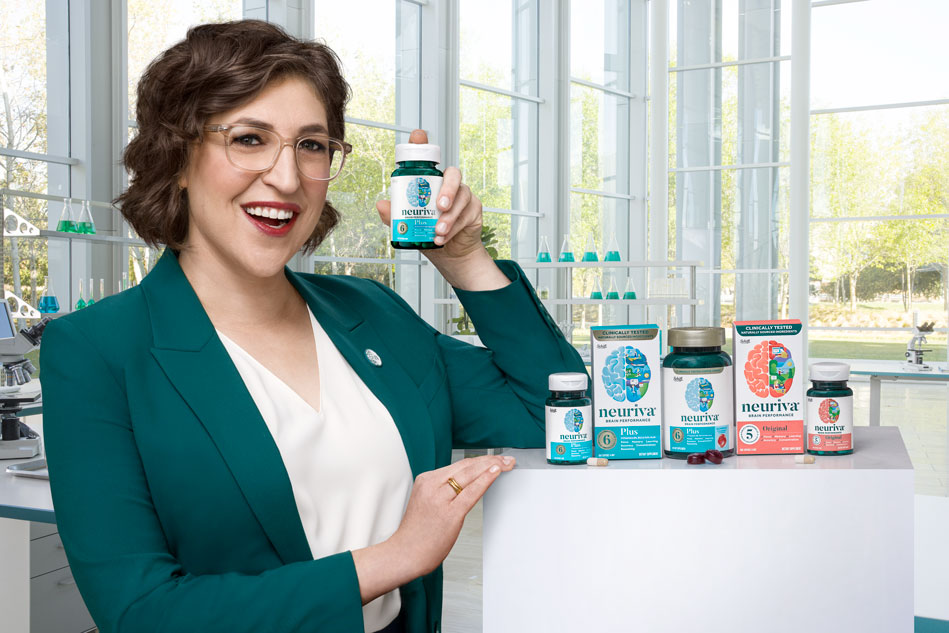 Bialik is repping Neuriva Plus, a brain boost supplement she herself uses. Reckitt rolled out the OTC product in the U.S. two years ago, but Bialik is Reckitt’s first celebrity spokesperson.

Reckitt launched the partnership earlier this month during Brain Awareness Week, introducing Bialik with a media tour and interviews. They’re currently working on a DTC campaign starring Bialik—including TV, digital and social ads—set to debut at the end of April. While details are still under wraps, the theme for the campaign is “Think Bigger.”

Bialik will star in a new campaign that features Neuriva Plus as the brain supplement that “thinks bigger” so you can too, and it will appear nationally across broadcast, digital, print and social media.

And to promote the brand, Bialik—who earned a Ph.D. in neuroscience from UCLA—was the ideal choice for spokesperson, as she’s also a relatable and familiar actress who can break down complicated ideas, Mihai said.

“We were looking for potential science ambassadors and experts who could break down the science behind our brand and brain supplements in general,” she added.

Before signing on to the campaign, Bialik dove into the product literature herself and even started taking the product—now she, and her mother, are daily users. Bialik is also a busy working parent, which fits with the “think bigger” idea and the ability to do bigger, better things with Neuriva, Mihai said.

The Neuriva celebrity campaign launch comes as Reckitt relaunches its corporate brand. It’s now using the truncated name Reckitt, winnowed from Reckitt Benckiser, and a modern distinctive “energy pink” logo. The makeover of the 200-year-old brand “is built on the company’s purpose: to protect, heal and nurture in the relentless pursuit of a cleaner, healthier world,” Reckitt said in its announcement on Tuesday.