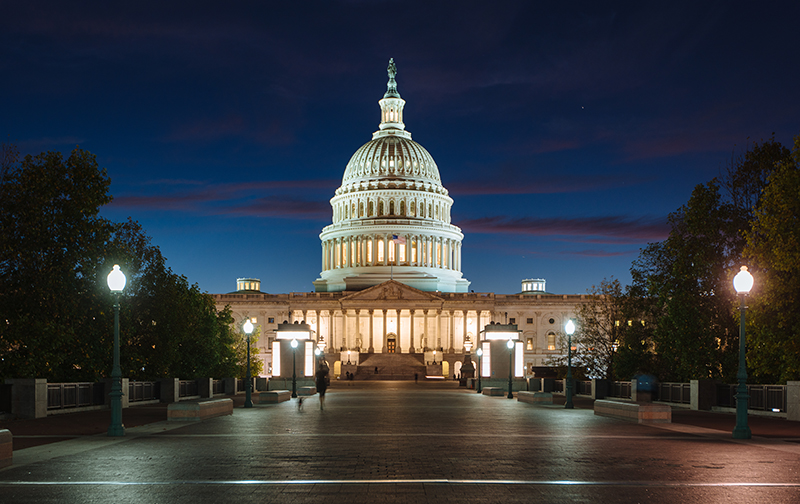 The Orphan Drug Act of 1983 was intended to reward biopharma companies for developing drugs for rare diseases. But over the years, criticism has increased over unexpected misuse of the law. Now, a new bill has made the first step toward closing one loophole.

Wednesday, the U.S. House of Representatives unanimously passed a bill (PDF) that would require drugmakers to prove that they don’t expect to recoup R&D costs through U.S. sales in 12 years if they want to obtain the seven-year marketing exclusivity under one of two paths toward an orphan drug designation.

The bill closes a loophole drugmakers have used to “piggyback” on the orphan status of an older drug, according to Democratic Rep. Madeleine Dean of Pennsylvania—a co-sponsor of the bill, known as the Fairness in Orphan Drug Exclusivity Act. A companion bill bearing the same title was introduced in the Senate in February.

The FDA can grant seven years of market exclusivity to a drug if it’s intended to treat a condition affecting fewer than 200,000 patients in the U.S., or, in a less common scenario, if the developer doesn’t expect to recover the development costs from selling a drug.

However, for the second pathway, the current law allows market exclusivity to be extended for a new version of the same drug without the drug developer having to show unprofitability again—and that’s the loophole the bill aims to close.

The whole action stemmed from a controversy with Indivior’s opioid addiction treatment buprenorphine. The drug, as an under-the-tongue formulation, first won FDA approval under the brand Subutex—along with seven-year exclusivity—back in 1994, long before the opioid crisis. In 2016, Indivior won approval for a new injectable version called Sublocade and also received the seven-year special treatment.

The FDA in late 2019 had to reverse its original orphan designation to allow other buprenorphine generics to enter the market, arguing Indivior had already reaped billions of dollars from the drug. But the loophole in the law remained.

For orphan exclusivity already doled out before potential enactment of the Act, the House bill gives a drugmaker 60 days to show that, at the time of approval, it didn’t reasonably expect to recoup the R&D costs within 12 years of first marketing the drug. Without that showing, the FDA shall revoke the exclusivity. There are often years between an orphan drug designation and a final marketing approval.

The industry and the public have frequently decried the evergreening exclusivity of the same drug under the Orphan Drug Act. It’s mainly a problem for drugs that debuted prior to the introduction of a new FDA rule in 2017, which now blocks such serial exclusivity for practically the same drug unless the drugmaker can demonstrate that a new drug is clinically superior to a previously approved version.

Eagle Pharmaceutical made use of a similar loophole with blood cancer drug Treanda and its newer sister med Bendeka, both of which are based on the same bendamustine active ingredient.

Bendeka got its FDA nod in late 2015, just as Treanda’s orphan drug exclusivity expired. When Eagle sought seven years of exclusivity for Bendeka, the FDA tried to block it by citing the “clinically superior” rule, which obviously came to life after Bendeka’s approval. Eagle sued and the court ruled against the FDA. Because Bendeka and Treanda are basically the same drug, granting Bendeka its seven-year exclusivity effectively pushed back all bendamustine generic launches beyond the end of 2022.

By the FDA’s estimate, at least 11 pre-2017 drugs were denied orphan drug exclusivity due to the “clinically superior” provision but could claim the benefit thanks to the Bendeka case.