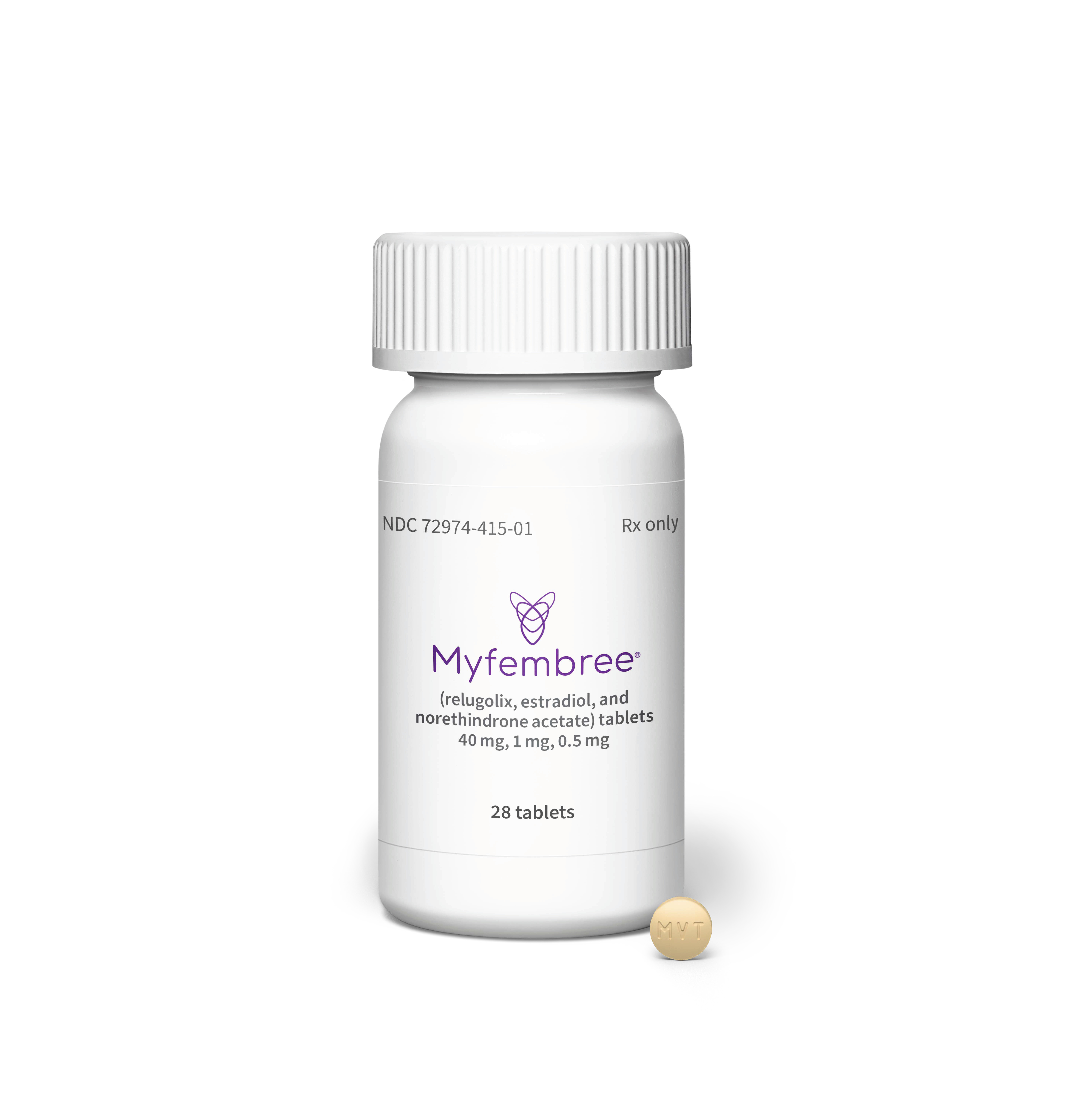 Fresh off the back of Myovant Sciences’ first FDA win for relugolix in prostate cancer late last year, the Swiss pharma can now add a second indication to its flagship drug’s resume.

The U.S. FDA on Wednesday approved Myovant’s relugolix in combination with two hormone drugs as the first once-daily treatment for heavy menstrual bleeding linked to uterine fibroids in premenopausal women, with a treatment duration for up to two years. The drug will be marketed as Myfembree.

Uterine fibroids are noncancerous tumors that develop in the uterus. They’re among the most common reproductive tract tumors in women, Myovant says, and can cause serious symptoms such as heavy menstrual bleeding, pain, abdominal bloating and, in some cases, infertility.

They can be treated with birth control to address bleeding and gonadotropin releasing hormone agonists, which can shrink fibroids. Patients with more severe symptoms may need surgery.

Millions of women in the U.S. are affected by uterine fibroids, which account for over 250,000 hysterectomies each year, Myovant CEO David Marek said in a release.

Wednesday’s approval marks the second FDA nod for Myovant in less than a year after relugolix scored a go-ahead in prostate cancer in December. The company is also testing its flagship drug in women with endometriosis, another painful disorder involving the uterus’ tissue, and as a pregnancy prevention medication.

Pfizer will help Myovant sell Myfembree for uterine fibroid patients in the U.S. as early as June. The pharma giant doled out $650 million upfront plus sweeteners last year to get a piece of the drug, which launched in prostate cancer patients in early 2021.

But Myfembree will have to battle against AbbVie and Neurocrine Biosciences’ already standing Oriahnn (elagolix) for a slice of the uterine fibroids market.

After receiving the FDA’s clearance to help treat heavy menstrual bleeding in women with uterine fibroids nearly a year ago, AbbVie’s med has a sizable head start. Oriahnn, which is approved for both uterine fibroids and endometriosis, raked in $121 million in U.S. sales for the Illinois pharma in 2020.

The FDA based its Myfembree approval on two replicate phase 3 trials—dubbed Liberty 1 and Liberty 2—that showed the med significantly beat placebo in preventing blood loss among women with uterine fibroids. Specifically, 72.1% and 71.2% of women in the relugolix arm responded to the treatment compared with 16.8% and 14.7% of women in the placebo groups after 24 weeks, respectively.

In its approval, the FDA warned that the drug shouldn’t be used for longer than 24 months due to risk of continued bone loss that may not be reversible.