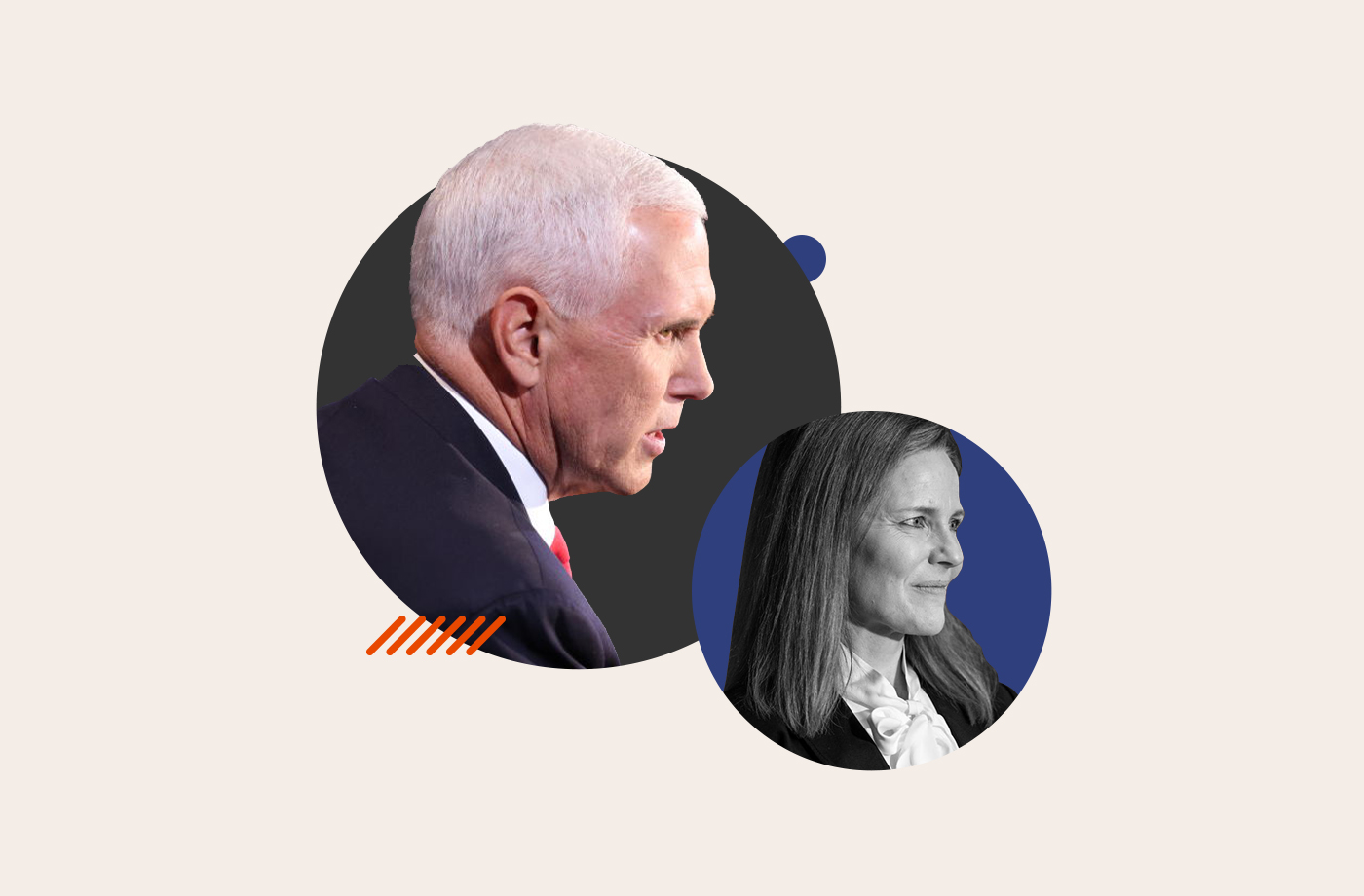 During the first and only 2020 vice presidential debate, Mike Pence dodged a question about outlawing abortion by uplifting Judge Amy Coney Barrett. Not just for her experience as a Notre Dame law professor or her short tenure on the United States Court of Appeals. But for her ability and willingness to procreate and adopt.

“President Trump and I could not be more enthusiastic about the opportunity to see Judge Amy Coney Barrett become Justice Amy Coney Barrett,” said Pence. “She’s a brilliant woman, and she will bring a lifetime of experience and a sizable American family to the Supreme Court of the United States.”

Barrett is a mother to seven children, two of whom she and her husband, Jesse Barrett, adopted from Haiti. The White House praises the differing opinion Barrett would bring to the court as the first mother of school-aged children to become a Supreme Court justice.

The perspective a mother to young children could bring to the court is interesting. But, uh, cue Cardi B’s “that’s suspicious, that’s weird” audio—since when did the Trump administration (or society as a whole) actually care about mothers, let alone working mothers?

Maternity leave is a joke. The Family and Medical Leave Act provides certain employees with up to 12 weeks of unpaid, job-protected leave per year. Currently, only California, New Jersey, New York, and Rhode Island offer paid family and medical leave. This puts parents—mothers in particular—in a tough spot.

In a 2014 Kaiser Family Foundation/New York Times/CBS News poll of nonworking adults aged 25 to 54 in the United States, 61 percent of women said family responsibilities prevented them from working, compared with 37 percent of men. Of women who identify as homemakers and hadn’t looked for a job that year, nearly three-quarters said they would consider working if their job offered flexible hours or allowed them to work from home.

Having kids isn’t cheap. Infertility treatments can cost just as much as buying a new car (and only some insurers cover the bill). Child care costs account for 10 percent of the average family’s income. These costs are sometimes so high that it makes more financial sense for a parent to stay home with the kids, and most often, that parent is the mother.

All of these issues were magnified during the pandemic. Sixty percent of jobs lost during pandemic-related layoffs in March belonged to women. In April 2020, the rate of female labor force participation (which hit its peak in April 2000) dipped below 55 percent for the first time since February 1986. Working mothers report discrimination from employers unsupportive of their needs and schedules as they work from home while caring for children and managing their schooling.

America fails moms and those who want to be moms on the daily, yet motherhood is seen as the gold standard. If Pence and Trump care about mothers, then why have their policies continued to leave them unprotected and justifiably disposable? To name just a few instances, within the first 100 days of this administration, President Trump stripped funding for the United Nations Population Fund, which provides reproductive health care for women and youth in more than 150 countries; and, in 2017, he reversed an executive order from President Barack Obama that required companies to submit data to the Equal Employment Opportunity Commission every year to ensure payment was equal. If the Trump administration truly sees Barrett’s motherhood as a strength, they should be doing everything they can to ensure that perspective is protected and supported in workplaces throughout the country.