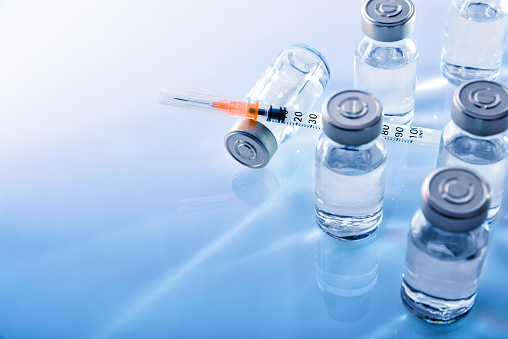 Pfizer’s $5.8 billion-a-year Prevnar 13 is one of the company’s top blockbusters and the undisputed leader in the market for pneumococcal vaccines. But when it comes to the next generation of pneumonia protection, Pfizer is facing a tough rival in Merck.

Merck is neck-and-neck with Pfizer in the race to get a next-gen pneumococcal vaccine on the market thanks to the FDA, which accepted the company’s application for its experimental shot, V114—and granted it priority review. The agency is set to rule on Merck’s product by July 18.

The FDA granted V114 its speedy review just one month after doing the same for Pfizer’s next-gen vaccine candidate, 20vPnC. The agency expects to make a decision on that vaccine in June. Pfizer’s vaccine covers 20 strains of the pneumococcal bacterium, while Merck’s guards against 15.

The FDA prioritized review of Merck’s vaccine based on phase 2 and 3 studies in which adults received the shot in a variety of settings, including co-administration with the flu vaccine, the company said in a statement.

But Merck has also put V114 in head-to-head matchups against Prevnar 13 and turned out some impressive results. In one study of healthy adults age 50 and older, Merck’s experimental vaccine was equally effective as Prevnar 13 in shielding against the 13 serotypes that Pfizer’s shot covers.

Merck’s next-gen shot outperformed Prevnar in protecting against two additional serotypes that the company estimates cause 13% of invasive pneumonia cases in Americans over age 65.

During a presentation at the annual J.P. Morgan healthcare conference Monday, Merck CEO Ken Frazier called V114 a key driver in the company’s late-stage portfolio and part of a “suite of vaccines” to protect against pneumonia that are approaching the market. Merck expects to advance clinical trials for two additional pneumococcal vaccines, V116 and V117, this year, he said.

Merck’s V117 is in development for children and could become a key player in the company’s effort to compete with Pfizer in the pediatric market for pneumococcal vaccines. Merck’s Pneumovax is only approved for adults, while Pfizer’s Prevnar 13 is cleared for both adults and children.

Merck built V114 with a similar conjugate technology to that used for Prevnar 13, and the company is testing it in children. It expects to finish the pediatric trials in November, which could actually put it ahead of Pfizer’s next-gen vaccine in that market. Pfizer has said it will apply for pediatric approval for its 20-valent vaccine in late 2022.