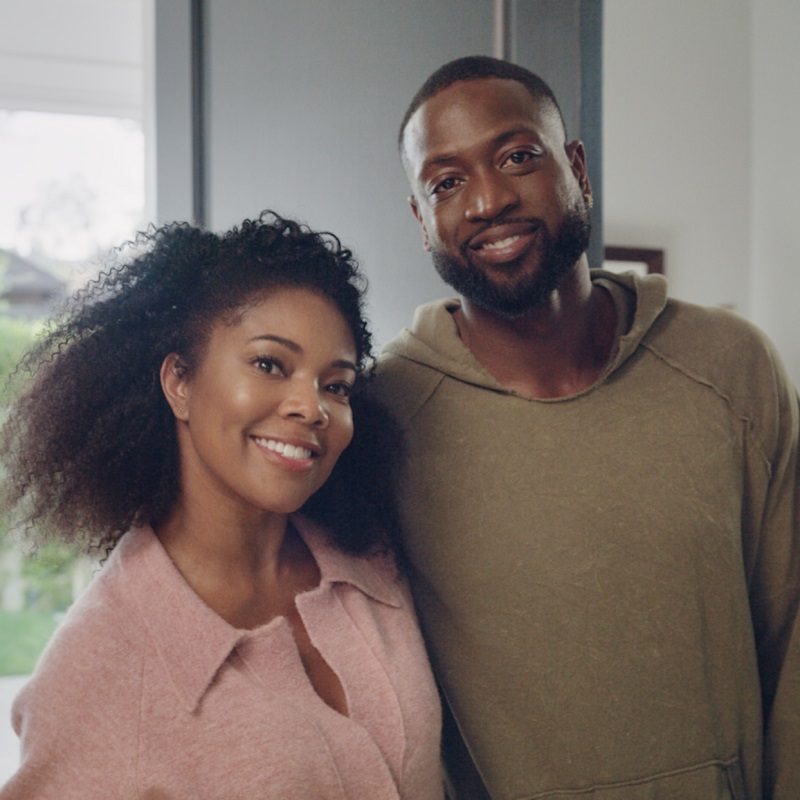 Not making the bed during the pandemic is fine. But skipping important vaccines for your kids is not, say actress Gabrielle Union-Wade and her husband, former NBA champion Dwyane Wade, in a new Merck & Co. public service announcement.

The celebrity parents and their children star in the new “Don’t Skip” campaign from Merck and non-profit organization Vaccinate Your Family.

In the PSA campaign, the couple appear with their children in lighthearted spots talking about how they decided as a family to skip some “old rules and routines” during the pandemic. They tell their teenaged daughter Zaya, who passes by as she’s taking selfies, that she can skip making her bed, for instance.

But the one thing they encourage parents not to skip is their kids’ well visits and vaccinations, emphasizing the precautions doctors are talking to keep patients safe.

Despite the fact that she’s a celebrity married to a celebrity, there is a down-to-earth quality about Union-Wade, who is not only a well-known actress but also an activist and author.

Merck saw her relatability as a good fit for the campaign, which is aimed at parents of young children and adolescents.

“Gabrielle Union-Wade is obviously a warm and authentic person and she believes in the importance of health for her family and so we thought she was an excellent spokesperson to help bring attention to this important issue,” Joanne Monahan, Merck senior VP and U.S. vaccines business unit lead, said.

In addition to the 15- and 30-second TV spots, the PSA campaign includes digital, social media posts—including on Union-Wade’s personal pages—and the program website. The couple also appeared on “Jimmy Kimmel Live”  to talk about, among other things, the “Don’t Skip” campaign.

An estimated 9 million doses of childhood vaccines were missed in 2020, Merck said, making the push essential. Merck launched similar messaging in an awareness campaign last fall urging parents to continue with kids’ well visits, although those ads had a different, more subdued feel.

“We wanted to connect with the audience in a more regular way and wanted to also highlight that it’s okay that people have skipped a lot of things during that the pandemic,” Monahan said. “We’ve all made adaptations and changes in our lives to cope with work and school and being virtual and all of those things, but routine wellness and skipping that is really not something that we should be doing.”

“I think Gabrielle Union-Wade and her family really speak to that in the new campaign,” she added.

While currently aimed at getting kids up to date, Merck plans to expand the campaign to adults and other groups as well.

Merck’s portfolio in vaccines includes HPV vaccine Gardasil which is recommended by the CDC for preteen children ages 11-12. It also makes measles, mumps and rubella vaccines as well as rotovirus and varicella (chicken pox) vaccines for younger children.

Sales of Gardasil fell 16% to $917 million during the first quarter, while revenues for Merck’s 65 and older recommended pneumococcal vaccine Pneumovax 23 dropped 33% to $171 million.