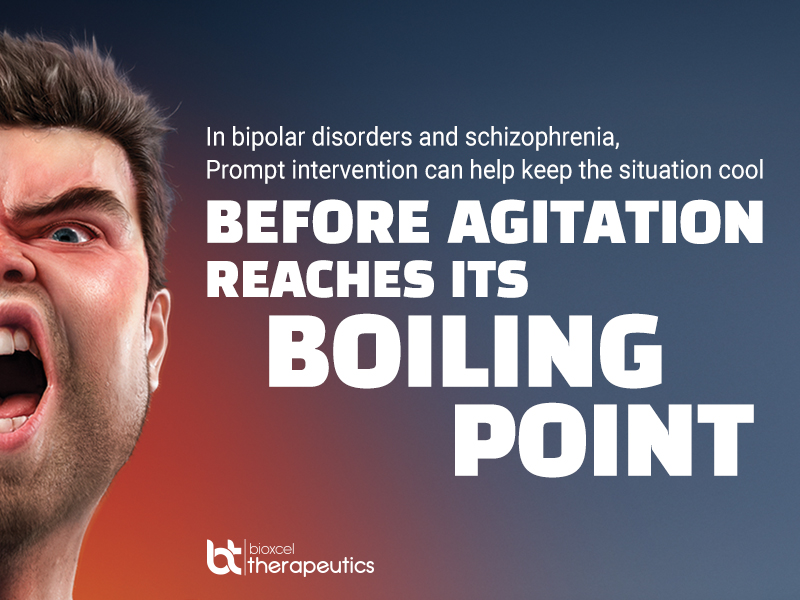 When a situation gets heated, apply some calm. That’s what BioXcel Therapeutics’ first awareness campaign aims to help healthcare professionals do with agitated bipolar and schizophrenia patients.

The “Boiling Point” campaign focuses on de-escalation techniques, aiming to help providers in emergency medicine and psychiatry identify signs of agitation and defuse the situation before it becomes dangerous to them or the patient.

The effort centers on the “Partners in Calm” website for professionals treating patients with schizophrenia and bipolar disorder. BioXcel says the key to controlling the situation is to act quickly and calmly.

As a young company specializing in neuroscience and neuropsychiatric conditions, BioXcel’s “Boiling Point” campaign marks its first venture into disease awareness and education.

“Many hospitals now are instituting educational programs to allow them to train their staffs to be more cognizant of the symptoms and how to verbally de-escalate,” Will Kane, chief commercial officer at BioXcel, said. “This is a way of putting it together in one spot … so that we can build the dialogue around it.”

BioXcel’s campaign includes ads in publications such as Emergency Medicine News, Psychiatric Times and American College of Emergency Physicians. The company plans to be involved in medical meetings with its awareness messaging in the second half of 2021.

BioXcel has several neuroscience drugs in the pipeline. Its investigational drug BXCL501 to treat agitation in schizophrenia and bipolar disorders has been submitted to the FDA. There hasn’t been a new branded drug for agitation in nearly a decade, Kane noted.

The same candidate, a selective alpha-2a receptor antagonist in an oral dissolving film, has shown promise in ongoing trials to help control agitation in dementia and delirium as well as in opioid withdrawal.