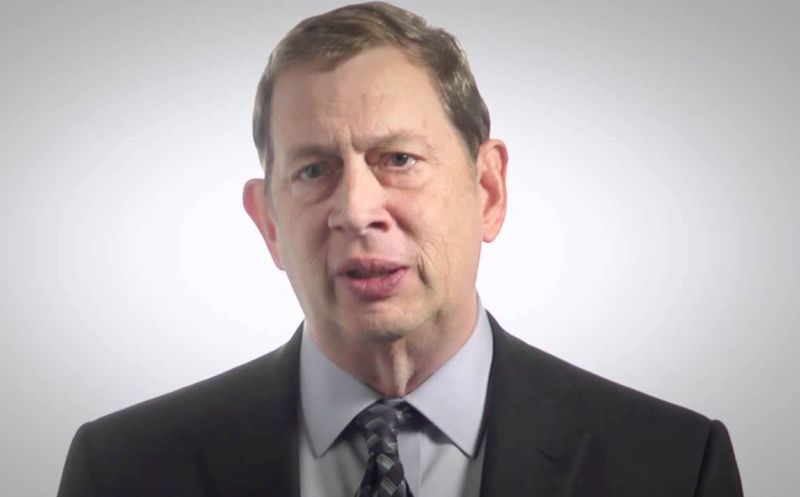 John Martin, Ph.D., the CEO who shaped Gilead Sciences into the antiviral giant that it is today, has passed away.

Gilead announced Martin’s death early Wednesday. He was the California drugmaker’s chief executive from 1996 to 2016 before moving to an executive chairman role, where he served until the end of 2018.

“John’s legacy will be felt for generations to come, living on through the scientific progress made under his leadership and the programs he championed that expanded access to medications for people around the world,” Daniel O’Day, Gilead’s CEO since 2019, said in a statement.

Martin was one of the most successful leaders in biotech, credited with turning Gilead into a biopharma powerhouse with a $100 billion market cap and multibillion-dollar revenues from practice-changing antivirals for HIV and hepatitis C.

A chemist turned executive, Martin joined Gilead as vice president for R&D in 1990 after a stint at what was then Bristol-Myers, and then quickly moved up the command chain to become the company’s CEO in just six years.

He was behind Gilead’s major shift from an early research interest in oligonucleotide antisense therapy to small-molecule antivirals. That strategy led to the birth of Viread, or tenofovir, a widely used HIV drug that serves as a backbone to multiple combo regimens.

Under Martin’s leadership, Gilead marked several firsts in the antiviral field. In collaboration with Roche, it developed Tamiflu, the first anti-influenza pill. It launched Truvada in 2004 originally as part of an HIV treatment, but the fixed-dose combo of emtricitabine and tenofovir in 2012 became the first drug the FDA approved to prevent HIV in the so-called PrEP setting. The 2006 FDA approval of Atripla marked the arrival of the first single-tablet complete regimen for HIV.

With help from a longtime colleague and his CEO successor John Milligan, Martin pulled off the $11 billion takeover of Pharmasset in 2012 in perhaps the most important acquisition in Gilead’s history.

The buy was a huge investment but one that quickly paid off with top-selling hep C drugs such as Sovaldi, which turned HCV from a hard-to-treat illness into a highly curable disease. And it repeated the single-pill antiviral magic with the launch of Harvoni, which boosted the cure rate for HCV genotype 1 to up to 99%.

In 2015, sales from Sovaldi and sister med Harvoni skyrocketed to nearly $20 billion. But Sovaldi’s original cost, at about $1,000 a pill, sparked wide controversy and a hard look at the U.S. drug pricing practices.

Martin himself came forward in defense of Gilead’s pricing policy. In an opinion piece published in The Wall Street Journal in 2017, Martin argued that “it’s practically impossible for the average person to parse the different factors that contribute to their healthcare costs,” suggesting that drugmakers were singled out from the system because drug prices are more transparent. He also raised the popular argument among biopharmas that high profits are needed to propel future innovations.

Controversies over Gilead’s drug pricing preceded the big HCV fallout and have haunted the company’s HIV franchise for a long time, with some targeting Martin personally. But Gilead did partner with manufacturers in India, South Africa and China to produce generic versions of some of its HIV medicines at steep discounts for developing countries.

It was also during Martin’s tenure that Gilead created remdesivir, which came out of a program that was looking for drugs against respiratory syncytial virus (RSV). The drug didn’t work against RSV, but its activity against SARS-CoV-2 gave doctors a valuable therapeutic weapon during the ongoing pandemic. The drug won FDA emergency use authorization to treat hospitalized COVID-19 patients in May 2020 and was officially approved under the brand Veklury in October.

Martin handed the CEO baton to Milligan in 2016 and retired at the end of 2018 after about 30 years with the Big Biotech. At that point, it was clear that Gilead was in need of a transformation, with sharply declining hep C sales as patients are being cured.

While Gilead today has a renewed focus on oncology under O’Day, Martin’s legacy remains as the company maintains a leadership role in antivirals with new combo med Biktarvy quickly gaining traction as the new favorite in HIV care. And a recent collaboration with Merck & Co. over the potentially first-in-class capsid inhibitor lenacapavir and the latter’s islatravir as a long-acting HIV combo therapy shows Gilead’s interest in antivirals is here to stay.

Leaders in the life sciences industry also offered their condolences. “SO sad about passing of John Martin. As Gilead Sciences CEO he changed the lives of people with HIV and HCV, and built a top 5 biotech. I was just getting to know him better. R.I.P. John,” John Maraganore, CEO of Alnylam Pharmaceuticals and the former chair of industry organization BIO, wrote in a tweet Wednesday.