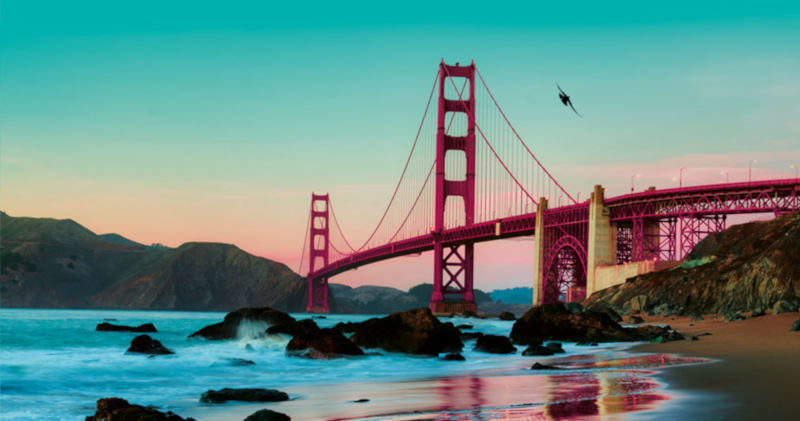 We hear you guys loud and clear: You’re pretty sure J.P. Morgan’s days in San Francisco are done, and you basically couldn’t be happier about it.

That’s the message, at least, that we got from those who weighed in on last week’s poll about the meeting’s future. Two-thirds of respondents said the confab would leave the Bay Area when it returns from virtual-only, while just 22% said it would return to its previous form. Another 12% said it would stay in San Francisco but leave its longtime host venue, the comically undersized Westin St. Francis.

It’s no surprise, given the #MoveJPM chorus that’s been growing louder over the last few years, that many of you won’t be sad to head elsewhere for the meeting when the pandemic allows. And the reasons are pretty straightforward.

“It’s a stick-up, plain and simple,” one reader wrote. “Robbery without a weapon.”

“Over the last 10 years the entire ecosystem in SF, from hotels to restaurants to bars to event venues to even Airbnbs, has caught on to the opportunity to fleece the biotech industry by overcharging,” another agreed, adding, “I first went to the H&Q conference in the 90’s, and I am nostalgic in a way—but enough is enough.”

Those high prices have lent the conference “such a snob factor,” one reader observed. “It said ‘I have the money to be here.’ … Obviously for the attendees it was about being seen. Time to get off the horse and be practical.”

And if the industry doesn’t? “The next thing will be the politicians will say the cost of R&D is going up because of those $1,000 hotel rooms and $300 tables,” one person predicted, with another chiming in that “We owe patients, shareholders, etc. a more fiscally responsible way to network and do deals!”

Some readers think the consequences for J.P. Morgan of reverting back to the “old normal” could be even worse than that, though.

“Video meetings are here to stay, and the team at JPM better adapt to a hybrid model and host in a different city. If not, JPM will be history, as there are many other banks willing to take their place,” a reader wrote, adding that, “We are tired of the SF nonsense.”

Another concurred that a return to form would make “a good opportunity for another bank to jump in and organize a partnering/licensing conference that’s both in person or virtual.”

Speaking of virtual, many of you saw this as an opportunity to bring in a large virtual component going forward, no matter where the conference is, a move that would make it more inclusive.

“Of late the quality of virtual meetings has gone up significantly. Very productive use of time. Can learn more from the comfort of your home,” one reader observed.

Attending virtually can also help save money and time, which is valuable in its own right.

“CEOs have been having success doing deals from the comfort of their living rooms. Saving them DAYS on airplanes. Why go back to that?” another reader asked. “I can’t wait to see the large pharma company analysis on airline savings in 2020.”

And as one respondent pointed out, the biopharma industry is functioning just fine in today’s virtual environment.

“Somehow over the course of this last year, new therapies progressed, information flowed, financings happened, and companies were acquired. Did any of those things suffer from us being spared the week from hell that is always JP Morgan? I think not,” they wrote.

A hybrid in-person/virtual model could also help ease some of the crowding at the Westin if things do go “back to normal,” as 77 of you predicted it would—for logistical reasons, if nothing else.

“The Westin St. Francis has hosted the conference for over 30 years and the contracts are signed until 2025. We have started receiving inquiries for 2022 already,” one person said. Another guessed the city would “fight to protect” that multiyear contract because of the money the conference brings in.

Others were more cynical.

“There’s no incentive for JPM to change the venue because the problem is not the Westin—it’s the flockers who flock because everyone else is flocking. The actual Westin venue will stay ‘small’ because elitism is what JPM is all about,” one reader observed.

“Pharma and biotech are still dominated by traditional older wealthy men that like things the way they are. Dark suits and traditional buildings still matter. The higher cost actually serves to weed out the ones that can’t afford to play the game,” another added.

Practically speaking, one reader sees JPM losing its critical mass if it moves—and figures the Westin is the only logical choice in San Francisco. “Move it from SF and the attendance will spread over a dozen other conferences,” they wrote. And “if you accept to stay in SF, you’d be laughed out of town if you moved it to another venue; go to the Hilton? Come on!!!”

But others saw no problem with staying in San Francisco and simultaneously staying away from the Westin.

“I don’t think SF wants to lose this revenue. As charming as the Westin St. Francis is, they will finally decide to have it in a larger venue,” one reader predicted.

And the Westin will be just fine without the mad rush of biopharma execs each year,. “The Westin is a lovely historic hotel, but it never was set up for conferences. It’s better suited for getaway weekends and debutante balls,” another wrote.

So here’s the real question: If JPM does move, where should it go? Readers turned in some pretty creative responses, with many suggesting it rotate around the country à la BIO’s annual meeting.

“There are more appealing locations where tired biotech execs can make a vacation at the end of the event,” one reader pointed out.

Many figure San Diego, a warm-weather biotech hub, is an obvious choice, but one reader made the point that “getting direct flights is a pain.”

Others mentioned the difficulty for East Coasters in flying cross-country, with one reader remarking that San Francisco’s “travel time differential compared to Dallas, Indy or even Chicago is unacceptable.” (Editor’s note: Chicago native here. I need to tell you something about visiting the city in January…)

Can’t get enough JPM predictions? We asked execs around the industry for their take—check out this story to see what they said.