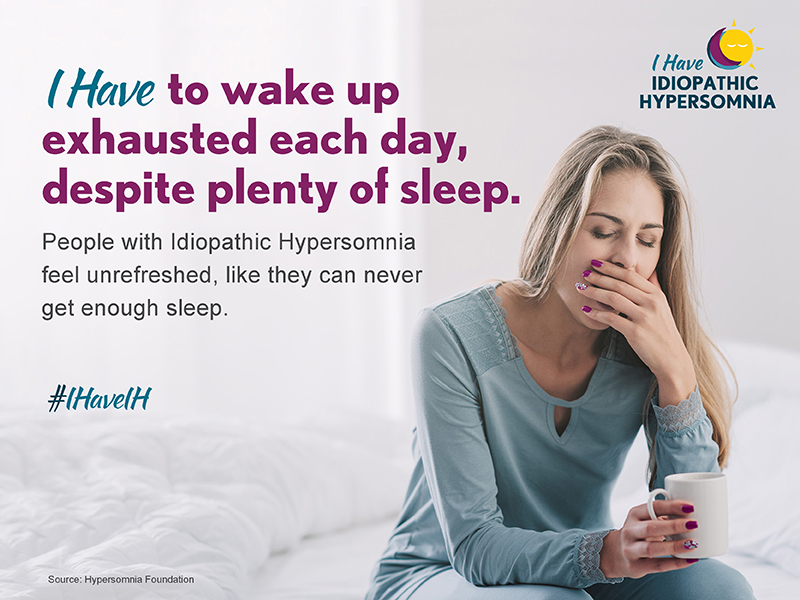 The “I Have IH” campaign, created in partnership with the Hypersomnia Foundation, began after research found 90% of healthcare providers said they needed more education when it comes to diagnosing idiopathic hypersomnia.

Jazz and the Hypersomnia Foundation surveyed 305 HCPs including primary care physicians, neurologists, psychiatrists, pulmonologists and sleep specialists and discovered a general lack of understanding of the disease; 57% even admitted they had personally misdiagnosed patients. However, 92% also agreed the impact of the disease on patients’ lives is “significantly underestimated.”

The campaign comes as Jazz seeks to add an additional indication for sleep disorder med Xywav to treat IH. The company submitted a supplemental NDA in February, and if accepted, Xywav will be the first and only approved therapy in the U.S. to treat the condition.

One of the stars of the campaign is 26-year-old Meghan, a typical idiopathic hypersomnia patient. She sleeps up to 20 hours a day, left school because she couldn’t stay awake for classes and is unable to hold a job—and struggled five years without a definitive diagnosis.

Because the symptoms of IH, which include severe sleep inertia, chronic daytime sleepiness and long but unrefreshing naps, are similar to those of other disorders—such as narcolepsy and depression—patients are often misdiagnosed. Some report waiting 10 or more years before an accurate diagnosis is made.

“We’re hoping that the increased awareness around this, both on the side of potential patients and providers, initiates that interaction and discussion to lead to more prompt diagnosis,” Robert Iannone, Jazz’s executive vice president of R&D and chief medical officer, said.

The next steps in the campaign will be to focus more on the patient experience, including doing more research and possibly fielding more surveys.

“We’ve been committed to research and sleep disorders for decades now,” but the company will be doing “continued research, especially in idiopathic hypersomnia, and hopefully bringing a treatment to market in Xywav, which we think could have a major impact on patients with IH,” Iannone said.

Xywav, approved last year, is a low-sodium version of Xyrem, Jazz’s top-selling sleep disorder drug. Jazz’s other medicine in the category is Sunosi, which launched in 2019 as a treatment for excessive daytime sleepiness in people with narcolepsy and recently gained approval in obstructive sleep apnea.