As daily Covid-19 cases in the country continue to fall after peaking nearly three months ago, India is one of only two nations among the 10 worst-affected by the pandemic that are yet to be hit by a second wave of infections.

Eight of these countries have either seen or are in the midst of a second or even a third wave of the pandemic. The only other country among the 10 to have suffered just a single Covid wave so far is Argentina.

Two or more waves of the pandemic appear to be the norm in countries with a sizable number of infections. In the worst-hit 15 countries of the world, all with caseloads of nearly one million or more, Poland is the only other country hit by a single big wave thus far. 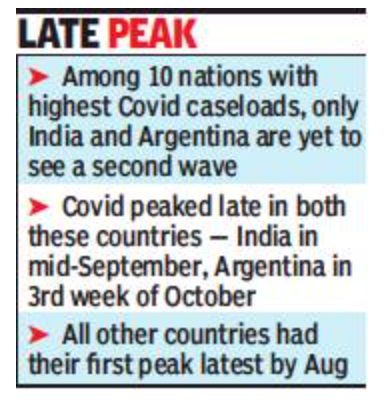 What is common between India, Argentina and Poland is that in all three countries the first wave of infections peaked relatively late. In India, the peak came in mid-September, in Argentina it was in the third week of October while Poland had its peak in the first week of November.

All other countries had seen Covid cases peaking latest by August. The US is arguably in the midst of a third wave of infections. Its first peak came in April and the second in the third week of July. Thereafter, daily cases fell till the second week of September before climbing again. In all countries (among the worst 15) hit by multiple waves, the second wave has been deadlier than the first. The only exception is Brazil, but it’s still not clear whether or not the second wave in the country is on wane.

In India, daily cases have fallen to almost a third of the levels seen during the peak of the pandemic. But with more than 30,000 daily cases still being reported, the danger of a second wave continues to lurk.

The day’s death toll was 404, having crossed the 400 mark after a gap of three days. Delhi recorded the day’s highest deaths at 57 but the toll in the city has been decreasing in sync with the fall in fresh cases. 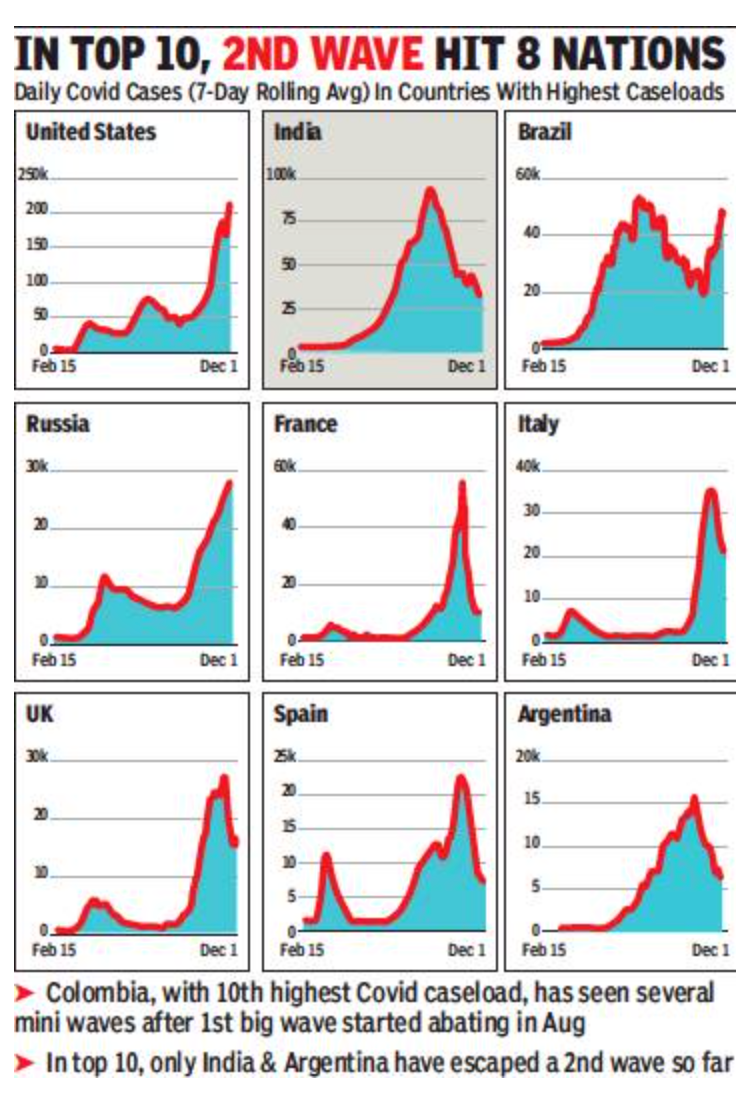