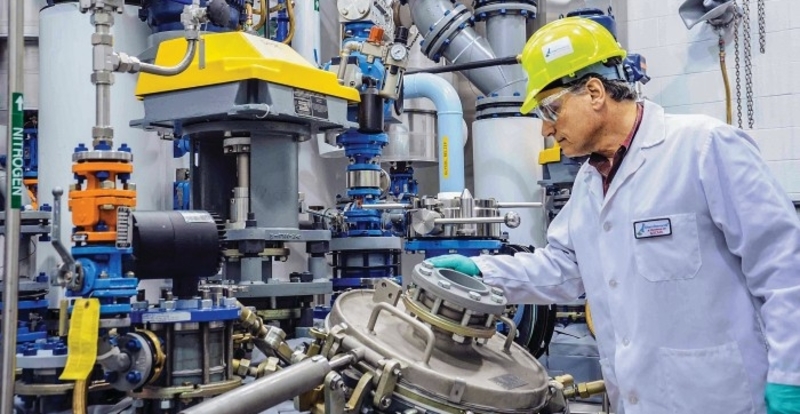 Another year, another expansion: After wrapping improvements on a Michigan API facility in 2019, Indian CDMO Piramal Pharma Solutions is at it again, laying plans for a second upgrade.

Piramal will invest some $32 million into its manufacturing plant in Riverview, Michigan, shoring up production and development for potent and non-potent active pharmaceutical ingredients (APIs) over the next two years.

The more than 25,000-square-foot expansion will add 8,500 square feet of production space. It’s also expected to boost capacity for large-scale manufacturing, thanks to new bioreactors that can handle projects up to 4,000 liters, the CDMO said in a release (PDF).

When all is said and done, the expansion is expected to boost API production there by 30% to 40%, a Piramal spokesperson said over email.

Work on the facility is set to wrap in summer 2022 and will see the company recruit around 20 new hires, growing the total Riverview workforce to more than 180 employees, Piramal said.

RELATED: Piramal CDMO closes in on private equity deal to raise up to $500M: report

Alongside production space, Piramal is adding two new kilo labs—smaller setups used to test production with new methods or of new products—for process development and clinical supply at scales up to 100 liters.

As for the two new bioreactors, the CDMO has picked a 3,000-liter/4,000-liter mild-steel glass-lined reactor and a 3,000-liter Hastelloy reactor. Both can make high-potency APIs with occupational exposure limits greater than 1mcg/m3, Piramal said.

This marks the CDMO’s second Riverview upgrade in as many years, beefing up a facility its parent company bought from Ash Stevens in 2016.

In 2019, the company wrapped a $10 million expansion at the site, bringing on two kilo laboratories, plus quality control and analysis labs. The expansion opened the company’s doors to a new set of customers, including those in the antibody-drug conjugate business, Piramal said at the time.

In June, the company made another play at boosting U.S. operations when it picked up a former G&W Laboratories oral solid-dose plant in Sellersville, Pennsylvania. The company will use that site to increase its tablet and capsule offerings, though the Sellersville facility can also pump out creams, ointments and oral liquids, Piramal said.

Meanwhile, the CDMO’s parent company, Piramal Pharma, announced in June that Washington, D.C.-based The Carlyle Group would acquire a 20% stake in the company, bagging Piramal around $490 million for future expansion plans. Once the deal closes, Piramal will consolidate all its pharma units under the Piramal Pharma brand, including its CDMO.