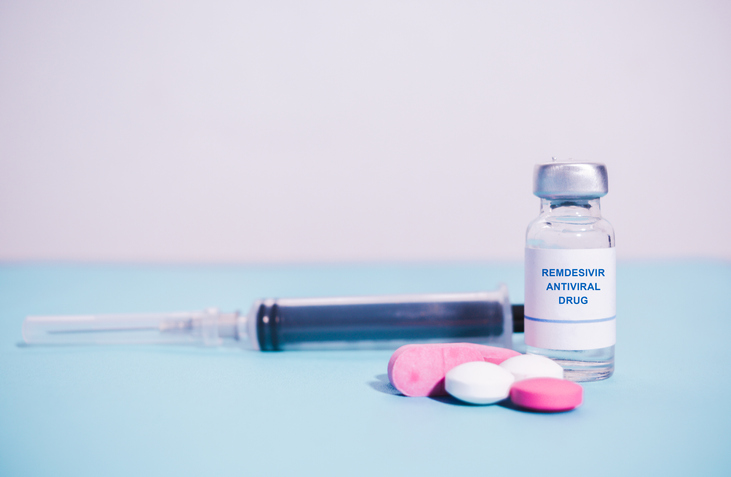 India is one of the world’s biggest manufacturers of drugs and vaccines, but that hasn’t made it immune to COVID-19 supply instability. Now, the government is locking up at least one treatment for itself.

As COVID-19 cases mount—and demand for treatments spikes—India has banned exports of Gilead Sciences’ pandemic antiviral remdesivir, Bloomberg reports, citing a statement put out by the country’s health ministry Sunday. The news comes as local pharmas seek an emergency nod from the country’s drug regulator to manufacture remdesivir off-license, according to Times of India.

Seven Indian companies are partnered with Gilead on remdesivir: Cipla, Hetero, Jubilant Life Sciences, Zydus Cadila, Dr Reddy’s, Mylan and Biocon’s Syngene. With their forces combined, the drugmakers have capacity for some 3.9 million units per month, according to Bloomberg—but that’s not nearly enough to meet local demand, Times of India quoted the Indian Drug Manufacturers’ Association as saying.

What’s more, “there is a potential of further increase in this demand in the coming days,” the country’s health ministry said.

An emergency manufacturing approval, which would be weighed as a compulsory license, could allow the Indian government to sidestep Gilead’s patent and open manufacturing to other companies, Times of India said.

Under the so-called Trade-Related-Aspects of Intellectual Property Rights (TRIPS) Agreement, World Trade Organization members can license a product to a third party or government agency—without the patent-holder’s consent—in certain situations, like a global pandemic.

The supply squeeze has created a thriving black market for the drug. Aside from the export curb, India’s government aims to boost production and reduce hoarding and illicit sale of remdesivir, Bloomberg added.

The debate over intellectual property rights for COVID drugs and vaccines has been roiling since October when India and South Africa petitioned the World Trade Organization to waive certain aspects of its TRIPS agreement to boost access to pandemic products and technologies in poorer countries. The proposal has ginned up support from a suite of low- and middle-income nations, while wealthier governments like those of the European Union, the United Kingdom and the U.S. have rejected it outright.

The conversation moved stateside late last month when House Speaker Nancy Pelosi called on the Biden Administration to suspend COVID drug and vaccine patents to boost supplies in other countries, CNBC first reported. “We’re not safe until the world is safe,” one source said of the supporters’ mindset, highlighting a sentiment touted by groups like Médecins Sans Frontières and the World Health Organization since the fall of last year.