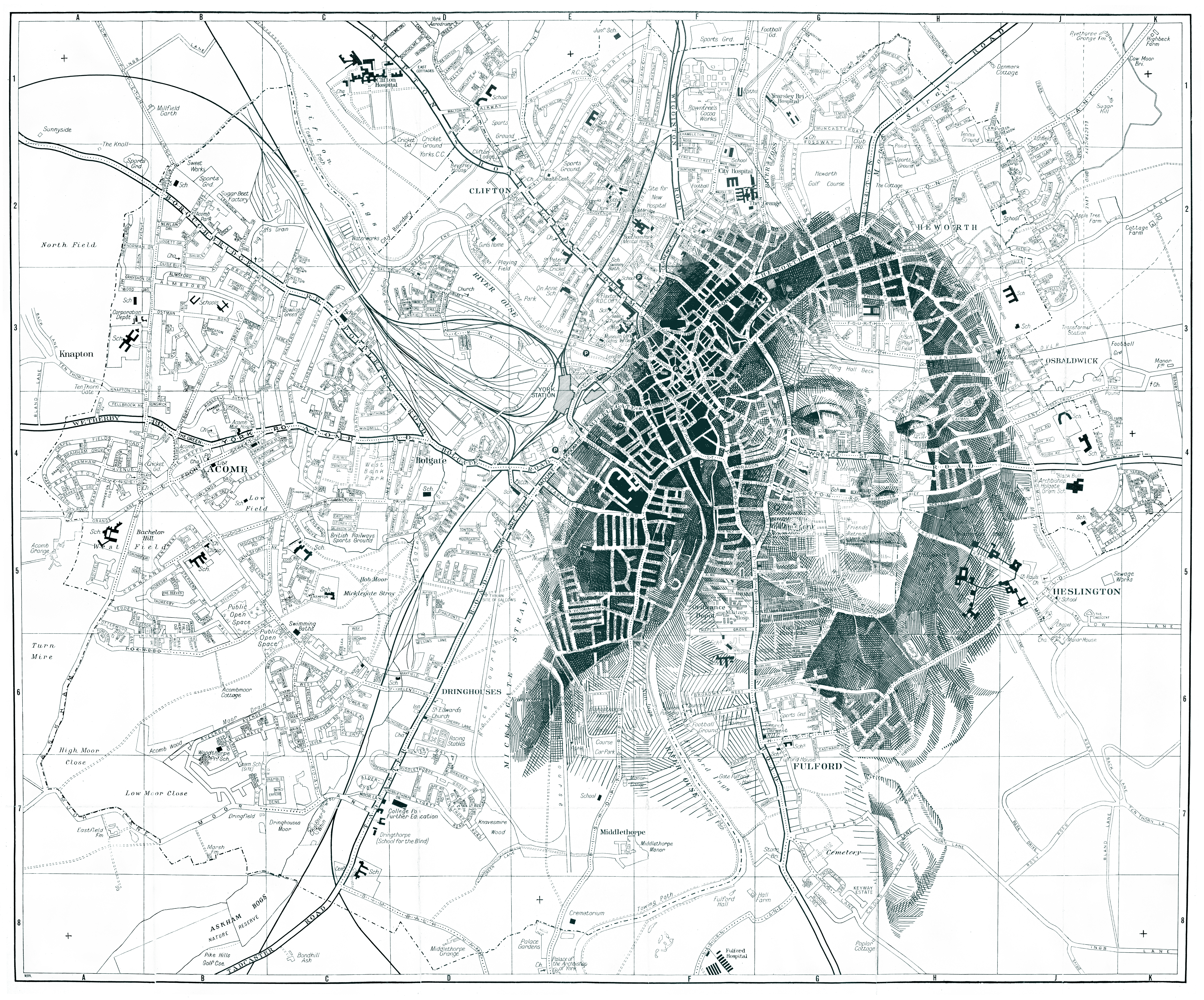 Migraines are difficult to navigate, with patients often mapping their own routes to try to avoid the debilitating episodes and to deal with them when they arise.

Impel NeuroPharma’s new campaign brings that idea to life with custom topography created by a well-known artist—and migraine sufferer himself—to show the complexity of the condition and draw attention to mind-body connections.

While the “Reroute Migraine Relief” campaign addresses migraine generally, it especially looks to underscore the brain-to-gut connection. Some 73% of migraine sufferers have nausea symptoms while 29% also experience vomiting, according to Impel. But that connection is often underrecognized, the company says.

In a recently published study, Impel found evidence of a link between migraine and gastrointestinal comorbidities, such as cyclic vomiting syndrome and gastroparesis which affects stomach muscles.

Impel’s campaign draws attention to those gut-brain connections and encourages healthcare professionals and patients to consider “rerouting migraine relief and think about other avenues particularly this unexplored upper nasal space which is vascular rich and conducive to bypassing the gut,” Sheena Aurora, M.D., VP of medical affairs for Impel’s migraine franchise, said.

With a decision date set for September, approval would mark the first for Impel’s technology. The company has additional CNS candidates in testing that use its Precision Olfactory Delivery (POD) device to treat acute agitation and Parkinson’s disease.

In creating the commission artwork for the campaign and website, portrait artist Ed Fairburn turned existing street maps into the faces of people. As someone who has lived with migraine, Fairburn wanted to connect the winding and complicated streets to the difficulty of navigating migraines.

“The maps I use as the basis of my work reveal the complex inner workings of cities and their twisting, turning roads. For many, that’s what life with migraine entails—trying to navigate various symptoms and treatment options, to determine the right path forward,” he said in a press release.

If approved, Impel would join a competitive acute migraine treatment field with several new approvals just in the past year and a half including Biohaven’s Nurtec ODT, AbbVie’s Ubrelvy and Eli Lilly’s Reyvow, all three oral medicines.