Imagine, Surgery Without a Scar 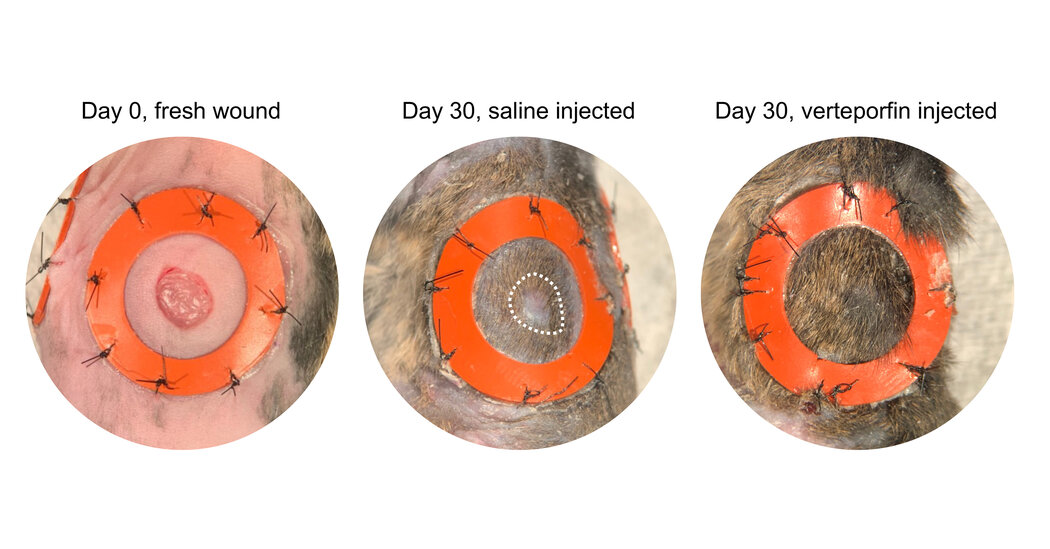 Dr. Longaker’s obsession with scars began with an experiment in 1987 as a new postdoctoral fellow in the lab of Dr. Michael R. Harrison at the University of California, San Francisco. Dr. Harrison, who was studying fetal surgery, suggested that Dr. Longaker operate on a fetal lamb two-thirds of the way through pregnancy and then return the fetus to its mother’s womb to continue developing.

Dr. Longaker gasped when he later delivered the baby lamb. Its skin was intact. There were no scars to be seen.

“I will never forget that moment,” he said.

He went on to become a pediatric plastic surgeon and saw firsthand the scarring on children after they had undergone operations for cleft lips or palates. And he ran a lab devoted to figuring out how to prevent scars.

He learned that for the first two trimesters of fetal life, skin is gelatinous, “like a bowl of Jell-O,” Dr. Longaker said. Then, as the fetus develops to live outside the sterile liquid world of the womb, the skin forms a barrier to prevent water loss and block the entry of microorganisms. At that point, breach of the skin barrier could be deadly, so the body switches on a system that lets it quickly seal it.

But there is a trade-off for speed in healing a wound, Dr. Longaker noted. “The cost is loss of form and function.” And scar formation.

Dr. Tomic-Canic described the process: When there is a wound, the strong muscle under the skin contracts and brings the edges of the wound together. A clot forms as a temporary barrier over the wound, and under it, the body makes thick coils of collagen rope that form a bridge so skin cells can migrate across the gap and fill in the opening. Those collagen ropes remain — they are the scar.

As molecular biology and molecular genetics advanced, Dr. Longaker seized on the new tools to probe the molecular pathways needed to form scars. The key starting point for scarring is mechanical tension when a wound tears skin that should be taut. (Older people with loose skin are less likely to scar because their skin is under less tension.) The tear in the layers of skin prompts a type of skin cell — fibroblasts — to create collagen ropes and initiates a chain reaction of molecular events inside the skin cells. The reactions culminate in the activation of a protein called YAP, for Yes-associated protein. YAP then binds to DNA, and scarring begins.