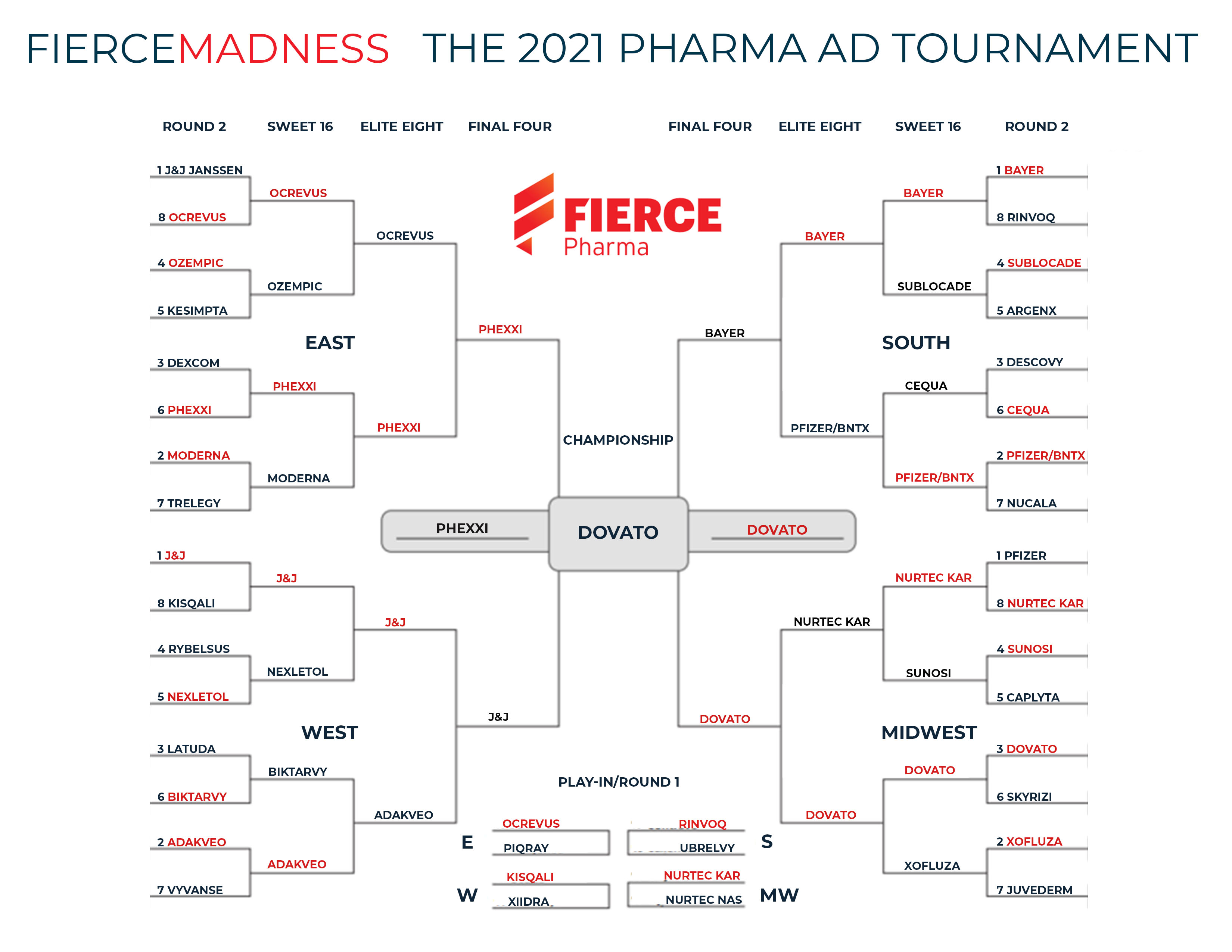 Its “Everything That I Am” campaign, with real patient stories at the center, topped Evofem Biosciences’ “Get Phexxi” push for its new non-hormonal birth control. The championship match was the closest FierceMadness contest yet with ViiV eking out the win by just eight votes. The final vote tally was 1,228 to 1,220.

While fans of Evofem’s first approved product—and first-ever DTC campaign—rallied hard for Phexxi’s hip and irreverent work through the weekend, it was an Arizona Cardinals kind of game for them in the end. And just not enough.

Voters were passionate about the benefits of Phexxi as a new and empowering birth control choice for women, with several calling it a “game changer.”

One commenter wrote, “This is a revolution in women’s health. [M]ore women need to know about this product! ‘Get Phexxi’ DTC campaign got the conversation going.”

Other Phexxi voters continued the tournament-long push for the “fun and effective” and “creative and timely” work, and of course, the product’s value to women—putting them “in the driver’s seat of their sex life.”

Still, Dovato’s real patients living with HIV telling their stories tipped the score for the final win. The “heartfelt and engaging” ads were praised for empowering patients and working to destigmatize the condition.

“Humanizing patients is so important for any therapy. Giving patients a clear voice and choice in their care and treatment should be any company’s No. 1 mission,” one voter wrote.

ViiV launched the “Everything That I Am” campaign in October 2019 with the goal of showing real patients with HIV as they really are, encouraging others to look deeper than a diagnosis.

Each of the now four commercials focuses on a different person who begins by saying their name “and there’s more to me than HIV.” The Dovato website has even more patients and stories as part of the multichannel effort in TV, print and digital promotions.

Thanks to all who voted in this year’s tournament. Stay tuned for Fierce Pharma’s final wrap of the contest later this week.