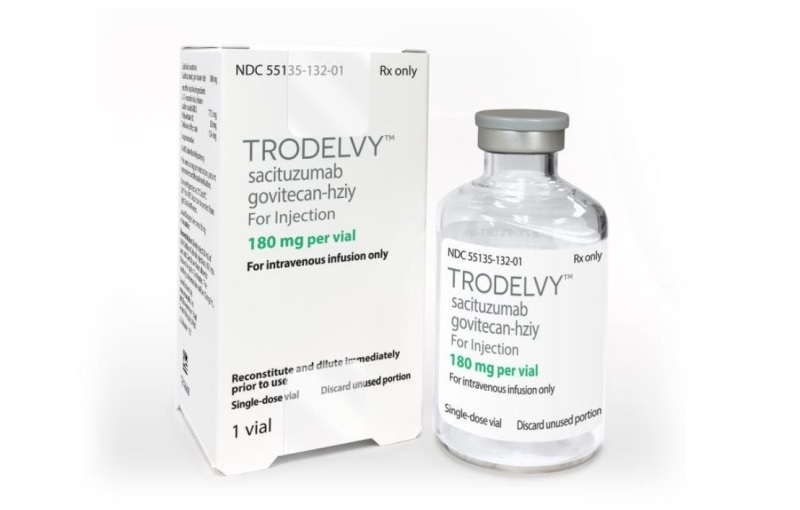 Gilead Sciences has turned blockbuster contender Trodelvy’s conditional FDA nod in triple-negative breast cancer into a full and better one, taking another step toward making the $21 billion it shelled out for the drug’s developer, Immunomedics, financially worthwhile.

While the use itself bears blockbuster potential, the antibody-drug conjugate needs more indications both in earlier lines of treatment and beyond breast cancer before Gilead can get a return on its $21 billion investment in buying Immunomedics, analysts have said.

The final indication marks a step up from the original accelerated approval doled out a year ago, which was based on tumor shrinkage and duration of response data. The original nod was for TNBC after at least two prior therapies for metastatic disease, but now the go-ahead requires only one of the two prior treatments to be for metastatic disease.

Gilead convinced the FDA to hand it the full approval with key patient survival data from the phase 3 Ascent trial. Trodelvy cut the risk of death by 49% over chemotherapy among patients who had received two or more prior systemic therapies, including at least one for metastatic disease, according to data unveiled at ESMO 2020. Patients on the anti-TROP-2 drug lived a median 11.8 months, while those on chemotherapy lived a median 6.9 months.

A renowned oncologist who directs the breast cancer division at a major research hospital and institute in the U.S. labeled the improvement “striking,” RBC Capital Markets analyst Brian Abrahams said in a note at the time.

The showing led to Abrahams’ projection that Trodelvy would achieve late-line mTNBC use that’s “close to universal.” He even expected physicians would use it in earlier lines of treatment off-label right after surgery and radiation.

Abrahams’ number also included front-line mTNBC as well as the larger HR-positive, HER2-negative breast cancer market. Phase 3 data from the TROPiCS-02 trial in third-line HR-positive, HER2-negative breast cancer is expected to read out toward the end of this year, which Porges suggested could affect Trodelvy’s outlook in a big way. Plus, in a less important event, Gilead could hear back from the FDA on a potential accelerated approval for Trodelvy in metastatic bladder cancer later this year.

Investors are also waiting with bated breath for results from phase 2 trials in non-small cell lung cancer, which won’t read out until 2022, Porges noted in a report in January.

“[T]he ultimate revenue potential will depend on confirmation of the drug’s activity in these other much larger indications, and the activity of the drug in the many combinations that the company is exploring now and in the future,” Porges said.