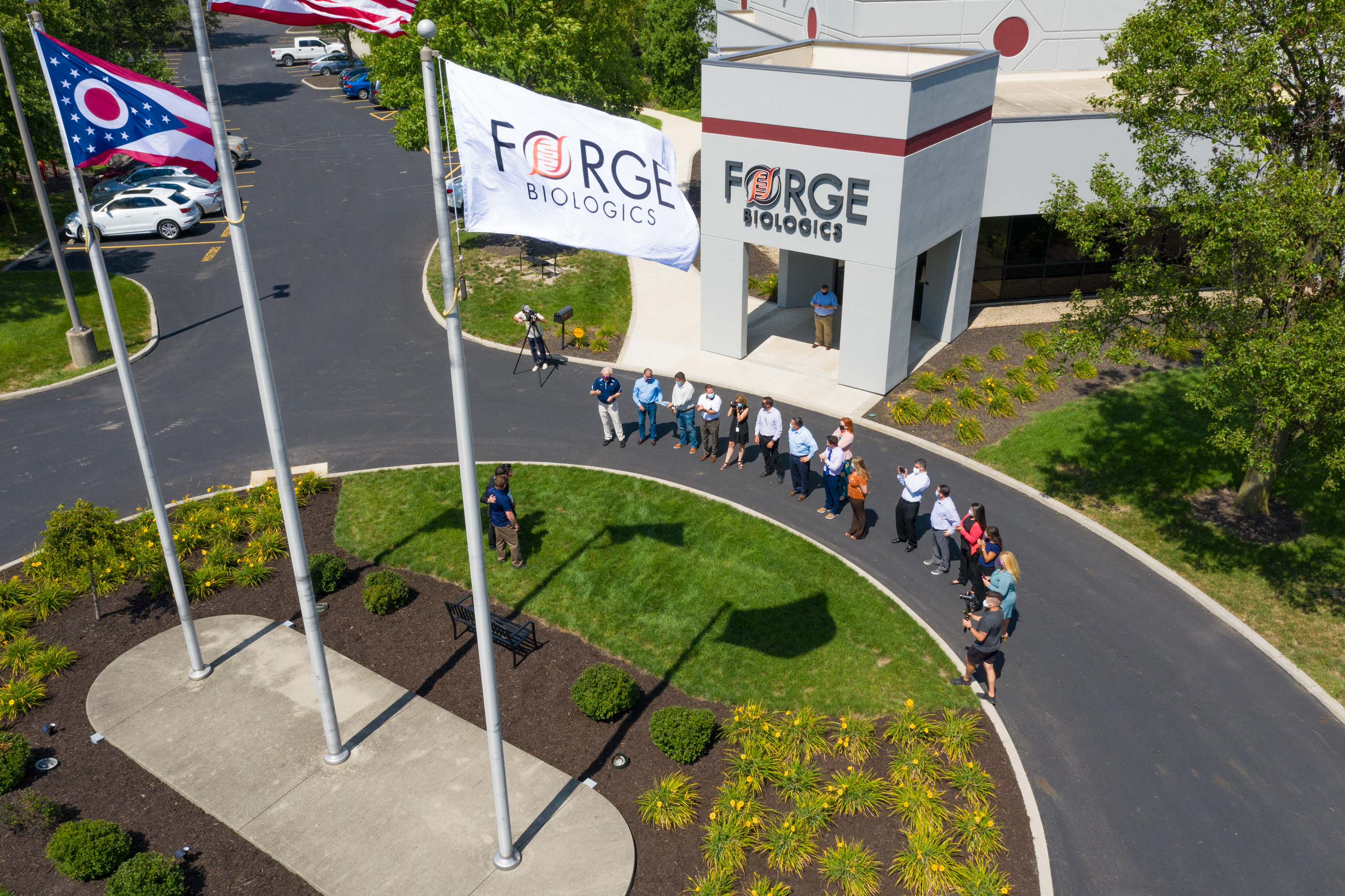 Less than a year after launch, gene therapy biotech-CDMO hybrid Forge Biologics has scored another round of investor cash to grow its viral vector ambitions.

Forge will also use the cash to manage its subsidiaries as they push their own AAV gene therapy hopefuls through the clinic, the company said Thursday.

RA Capital led the funding round, and Matthew Hammond, Ph.D., will join Forge’s board. Perceptive Xontogeny Venture Fund’s Fred Callori will also join after not only participating in the series B, but pitching in with first-round funding as well.

Forge already tackles AAV vector production from its home base in Columbus, Ohio, dubbed “The Hearth,” where it can handle projects from 1 to 50 liters in research grade work and 50 to 500 liters in GMP, co-founder and CEO Tim Miller, Ph.D., said in an interview. Armed with the series B financing, the company is “moving upwards to 1,000 to 2,000 liter bioreactors.”

The company’s 175,000-square-foot facility has four GMP rooms now, and the latest cash infusion will hasten build-out of “a number of additional suites” that should be FDA and EMA compliant by mid-2022, Miller said.

The company will look to grow the plant’s 75-person workforce by around 150 over the next 18 months, he added.

Coming up one its one-year anniversary this July, Forge is now manufacturing for clients and negotiating with more than two dozen potential manufacturing customers, Miller said.

With gene therapy’s star on the rise, Forge set out last year aiming to develop its own treatments and shore up gene therapy manufacturing as growth in the field threatened to outstrip the industry’s capacity.

Putting that capacity squeeze into context, Miller pointed to a bioprocessing push that’s dominated headlines in recent months: The COVID-19 vaccines “were made in very similar bioreactors to what we use.” But to get the equivalent of a single gene therapy dose, especially if it’s intravenous, “you’d have to get 220 vaccines a day for a year straight,” Miller said.

Forge isn’t sticking with manufacturing alone, either. The company’s lead program, FBX-101, which it’s developing for infants with Krabbe disease, combines an AAV gene therapy with an umbilical cord bone marrow transplant. This approach could help circumvent certain patients’ immunity to AAVs, which in turn render the therapies ineffective.

The series B was spearheaded by RA Capital Management alongside contributions from Perceptive Advisors, Surveyor Capital, Octagon Capital and Marshall Wace. The Perceptive Xontogeny Venture Fund and Drive Capital, which helped Forge reel in a $40 million series A in July, also chipped in, Forge said in a release.