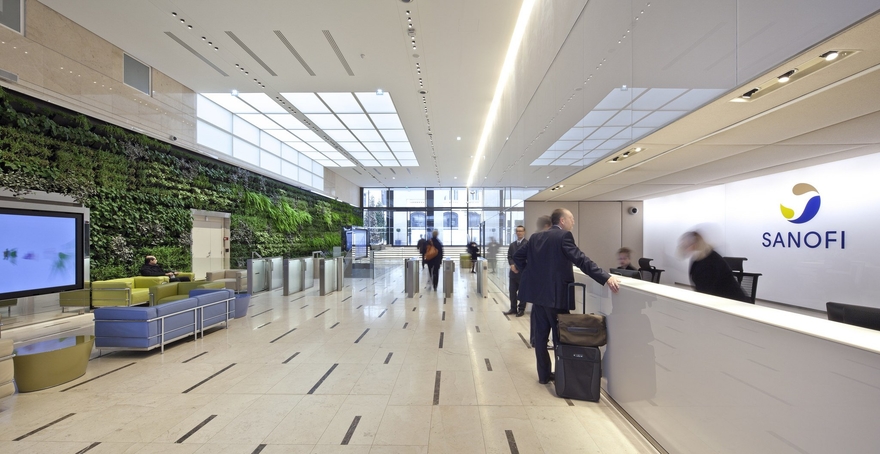 In response, Sanofi said in a statement, “We always stated since our plan has been made public last summer 2020 that departures would be voluntary.”

Back in June, Sanofi put out a plan to cut loose 1,680 jobs in Europe, the newswire reported at the time. Of those, some 1,000 jobs would fall in France, a source told Reuters. It’s part of Hudson’s cost-cutting strategy, which involves €2 billion in annual savings by 2022.

Voluntary buyouts or forced layoffs, the job cuts are not welcomed by some Sanofi employees.

Tuesday, unions at the French pharma rallied a one-day strike at various sites, including at the Marcy l’Etoile R&D facility where Sanofi’s developing a COVID-19 vaccine, the Associated Press reported.

Some 200 workers were seen with union flags and megaphones gathered outside the lab. They argued that the planned job cuts could slow the fight against the pandemic, according to AP.

The revamp could touch upon several divisions of Sanofi but not the vaccines and rare diseases units, Reuters previously reported, quoting anonymous sources. The cuts will mainly affect blue-collar workers, a Sanofi spokesperson said at the time.

Union members at Sanofi also plan to participate in larger demonstrations Saturday in France against job cuts during the pandemic, AP reported.

Sanofi’s GlaxoSmithKline-partnered COVID-19 vaccine program recently suffered a major setback. In December, the company postponed its timeline for a potential vaccine rollout to late 2021 from the previous expectation of the first half of this year. It came after interim results from a phase 1/2 trial showed insufficient response in people over the age of 50.

The French pharma’s planning to launch a phase 2b study with an optimized candidate in February. The study will try to compare the immune response elicited between the new vaccine formula and an authorized shot.