For Biden, a New Virus Dilemma: How to Handle a Looming Glut of Vaccine 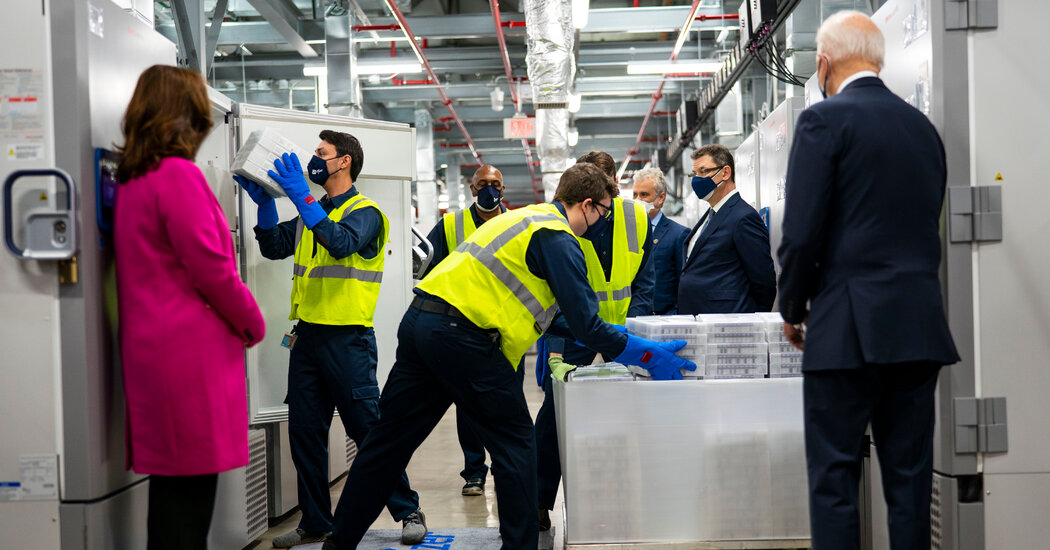 For all these reasons, senior officials say, the administration is leaning toward keeping the doses it has ordered then at some point directing the excess to other nations in bilateral deals or giving it to Covax, an international nonprofit organization backed by the World Health Organization that is trying to coordinate equitable distribution of vaccine. The Biden administration has already donated $4 billion to that international effort.

Mr. Biden has stressed that his top priority is to protect Americans, but pressure is growing to share the U.S. stock. The United States has ordered a billion doses from the three federally authorized manufacturers and AstraZeneca, whose vaccine is not yet cleared for emergency use in the States but has been authorized by more than 70 countries. It recently announced that it was negotiating a deal with Johnson & Johnson for enough doses to cover another 100 million.

Taken together, the supply would be enough to vaccinate 650 million people — nearly twice the U.S. population. With the world’s highest death toll from Covid-19, the United States has fully vaccinated 14 percent of its population.

Last week, the White House announced that it would share four million doses of AstraZeneca’s vaccine with Mexico and Canada, but emphasized that no Americans would lose out because the vaccine has not been deployed here yet.

That is a trickle compared with the 300 million AstraZeneca doses the federal government has ordered, enough to cover 150 million people with the two-dose regimen. Senior administration officials say tens of millions of those doses can be released now or imminently, and tens of millions of unbottled doses possibly could also be given away.

Brazil is particularly eager for help. With more than 300,000 lives lost, the country has the second-highest death toll and has fully vaccinated less than 2 percent of its population.

“After we do take care of the really difficult situation we’ve had in our own country with over 535,000 deaths, we will obviously, in the future, have surplus vaccine, and there certainly is a consideration for making that vaccine available to countries that need it,” Dr. Anthony S. Fauci, the government’s top infectious disease expert, said at a White House news conference on Wednesday.