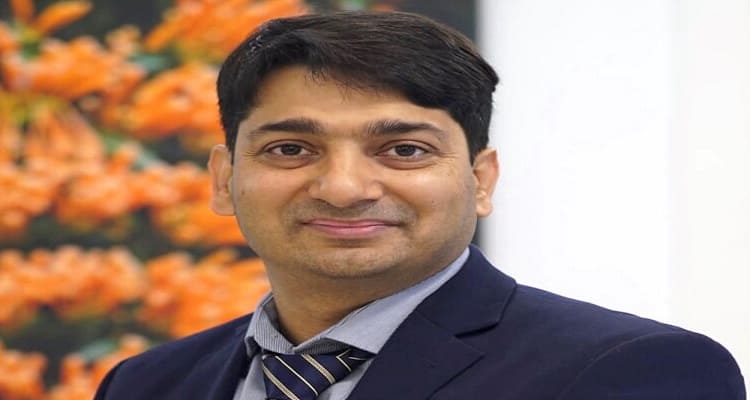 Dr Amit Verma, Molecular Oncologist and Cancer Geneticist, shares his views on different coronavirus variants, first-generation vaccines, and how vaccine resistance has brought a new challenge for scientists and physicians

Severe acute respiratory syndrome coronavirus 2 (SARS-CoV-2) infections have inflicted on approximately 150 million known cases of coronavirus disease 2019 (COVID-19) till date. Vaccines and antibody therapies have given us a lot of hope to control this pandemic. The current vaccine strategies are directed at the viral “spike protein or S gene,” but newer viral variants, particularly the S-gene variants, weakens these strategies. Thus, vaccine resistance (vaccine breakthrough infections both asymptomatic and illness) has brought a new challenge for our scientists and physicians.

Recently, New York City has seen a troubling increase in viral variants like B.1.1.7 (first identified in the United Kingdom in 26.2 per cent of the cases) that accounted for more than 72 per cent of new cases as of March 2021 and B.1.526 variant first identified in New York City (in 42.9 per cent). These challenges force us to continue increase testing and sequencing of SARS-CoV-2 virus. This will help to understand the transmissibility, virulence and ability of variants to evade current vaccines.

Currently, the authorised and recommended vaccines are mainly of three types:

Laboratory Data on the messenger RNA (mRNA) vaccines’ efficacy against SARS-CoV-2 variants have been generated using genetically-engineered versions of concerning variants and measuring neutralising anti-body titers. Research study has shown that these vaccines elicit lower levels of neutralising antibodies’ response against SARS-CoV-2 variants than against older common strain. Testing serum samples from individuals immunised with two doses of the Pfizer-BioNTech vaccine against recombinant viruses containing some or all of the spike protein mutations found in the B.1.351 variant, the neutralizing anti-body titre against B.1.351 was approximately two-thirds lower than that of the USA-WA1/2020, an early SARS-CoV-2 isolate.

Advantage: The neutralising anti-body titre may be low but may provide protection against infection to some extent and severe complication. Modifying the RNA sequence, incorporating the mutant sequence while vaccine preparation is feasible. Thus, the newer version of tailored-made vaccine or cocktail can be easily manufactured and given as booster dose but definitely requires regulatory clearance every time.

Conclusion: The first-generation mRNA vaccine is not proven to be much effective for the newer variants. The real-world data is yet immature to make the final recommendation. New booster dose incorporating the mutant sequence is currently being in early phase trials to circumvent these challenges.

Challenge: The genetic material used for piggy back represent the early SARS-CoV-2 virus, not the variants. Thus, rendering the vaccine-generated immune response is ineffective for the variants.

Phase II trial with Oxford-AstraZeneca vaccine in South Africa was not encouraging. The trial data suggest that the vaccine did not protect against mild to moderate COVID-19 caused by the B.1.351 variant.

Advantage: The genetic material used is large enough to represent majority portion of the viral genetic make-up, thus covers more possibilities of generating polyclonal immune responses targeting multiple virus protein/peptide sequence.  In Scotland, researchers showed  that Oxford-AstraZeneca’s vaccine is up to 94 per cent effective compared to mRNA vaccine. Pfizer-BioNTech’s vaccine is up to 85 per cent effective in preventing COVID-19-related hospitalisations 28 to 34 days after a single dose.

The neutralising anti-body titre may be low albeit the immunity generated is polyclonal covering larger sequences and may provide better protection against infection including severe complications.

Conclusion: The first-generation vector vaccine is yet to prove its effectiveness for the newer variants. The real-world data is awaited.

Challenge: The protein/peptide material used to represent the early SARS-CoV-2 virus, not the variants. Thus, rendering the vaccine-generated immune response is incomplete for the variants.

Advantage: This is the most established and proven method of vaccination like the ones for seasonal influenza, rabies, polio, pertussis, and Japanese encephalitis. Data suggest that Novavax Clinical Efficacy is against both, the UK and the South African variants of COVID-19. Strong efficacy has been observed in phase 3 UK trial where over 50 per cent of cases are attributed to the now-predominant UK variant and the remainder attributable to COVID-19 virus. Similarly, in phase 2b South African trial, clinical efficacy has  been  demonstrated, with  over  90 per cent of sequenced cases attributable to prevalent South African escape variant.

Conclusion: First-generation protein subunit vaccine has shown to be effective for the newer variants. More data including response against other variants need close observation and data generation.

The current vaccine has proven to generate neutralisation antibody leading to reduced hospitalisation and complication rate. In addition, the lateral spread among the community has also reduced where significant population has been vaccinated. Thus, the current vaccination has proven to be efficacious to the original strain of SARS- CoV-2 and should be promoted and continued for mass immunisation.

To conclude the aspect of vaccine efficacy and emerging new variants, we require newer version/generation of vaccines that may be given as a booster dose in future.