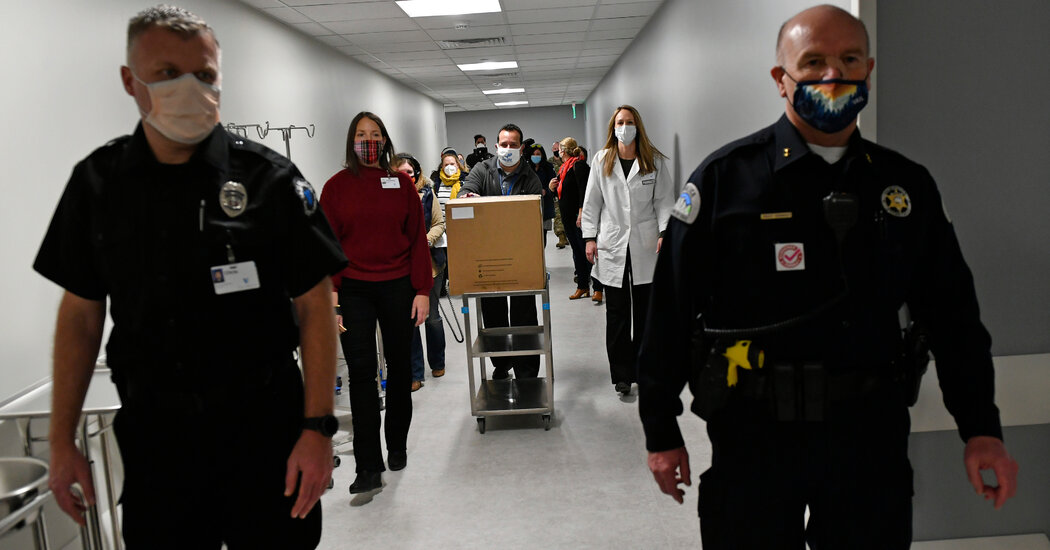 “We’re going to have a lot less vaccine than we have people wanting it,” Dr. Robert Wyllie, the clinic’s chief of medical operations, said, adding that the system would first vaccinate workers in the intensive care units at four of its hospitals that are currently experiencing the highest volumes of Covid patients. Everybody who works in those units, including doctors, nurses, respiratory therapists, housekeepers and cleaners, will be eligible for a shot. Like many health systems, Cleveland Clinic plans to stagger vaccinations so that if side effects cause some employees to miss work, the unit can still be fully staffed.

One reason for the shortfall in initial supply is that federal officials recently decided to send out a little fewer than half of the 6.4 million doses they had initially planned for the first wave.

On a call with reporters Wednesday, Gen. Gustave F. Perna, the chief operating officer for Operation Warp Speed, said he was taking a cautious approach to doling out the vaccine, setting aside for subsequent shipments another 2.9 million doses for booster shots, which are given three weeks later, as well as an emergency reserve supply.

But that careful strategy has come under criticism from others, who have argued that the vaccine must be deployed as quickly as possible, given that infections are raging out of control, hospitals are overflowing and thousands of people are dying a day. The F.D.A. released data this week showing that Pfizer’s vaccine begins to offer some protection from the coronavirus even before people get their second doses.

“We know the first dose is partially protective,” Dr. Scott Gottlieb, a former F.D.A. commissioner and a board member of Pfizer, said on CNBC Friday. “We need to get as much protective immunity as possible into the general public.”

Pfizer has said it can provide up to 25 million doses to the United States by the end of this month. “Eventually, we will become much more confident in our manufacturing, our distribution process, state handling, et cetera,” General Perna said. “And then the requirement for reserve won’t be necessary.”

Additional vaccines are in the pipeline. Moderna recently applied for emergency authorization for its vaccine. The company said it is “on track” to produce 20 million doses by the end of this month and between 500 million and a billion through 2021.