Finding the sync between health and climate change – Express Healthcare 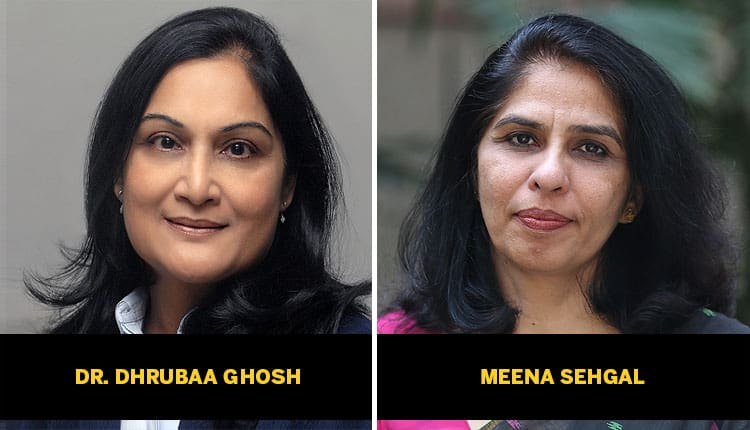 Our health system building efforts should go hand-in hand with our fight against climate change believe Dr Dhrubaa Ghosh, Senior Advisor & Lead – Healthcare, Thinkthrough Consulting and Meena Sehgal, public health expert, The Energy and Resources Institute (TERI). They conclude that there is need for some urgent action and solutions can be implemented

There is a direct link between health and the environment around us. And the impact of climate change on our health is now clearly visible. We continue to suffer directly or indirectly as a consequence of the rapid change in climatic conditions. Whether in the form of heat stress, water scarcity, droughts, and the resultant malnutrition or floods and the resultant increase in water- and vector-borne diseases, air pollution-related health effects etc., the impact is profound.

Even more alarming is the increased vulnerability of developing countries like India, where the population is dense and the health system ill-equipped to adapt. According to ADB’s report on Climate Change in South East Asia, countries of South-East Asia are characterised by considerable climate variability and are more susceptible to climate change impacts owing to their geography, high population density, low-lying coastal and river delta areas, deforestation, and level of economic development.1

The relation between health and environmental degradation

The problem is evident on a daily basis. India like many other countries around the world is ill-equipped when it comes to tackling air pollution. The changes in India’s air quality (AQ) have produced negative health and environmental impacts at an alarming rate. According to System of Air Quality and Weather Forecasting and Research (SAFAR) India, Delhi had good air quality (when PM2.5 was within NAAQS) for a total of 120 days in 2018, 145 days in 2019 and 192 days in 2020, as per media reports.

And evidence suggests that poor air quality has the most severe effect on children and the elderly. The perceptible deterioration of air quality has been accompanied by a rising trend in related non-communicable diseases. According to the Longitudinal Ageing Study in India (LASI) 2017-18 Wave 1 survey, in India the self-reported prevalence of diagnosed cardiovascular diseases (CVDs) is 28 per cent among adults age 45 and above. The prevalence of CVDs increases with age from 22 per cent among (age 45-59) to 34 per cent among (age 60-74), and further to 37 per cent among those age 75 and above. The prevalence is also higher in urban areas.2 The self-reported prevalence of chronic lung diseases such as asthma, COPD, bronchitis is also increasing.

The climate-sensitive health outcomes are amplified by existing vulnerabilities and pose a greater threat to the health of people in developing nations like India. As per World Health Organisation’s (WHO) data, India contributes to 3 per cent of the global burden and 58 per cent of malaria cases in the South-East Asia Region.3 The vulnerability further increases due to the extreme weather conditions that we have now. That contributes to the burden of vector-borne disease.

What should be done?

The COVID-19 pandemic has highlighted the importance of not only finding solutions to climate change but also strengthening health systems to become more climate-resilient. It is, therefore, high time that India places the development of the health sector for climate change adaptation at the heart of its nation-building efforts.

The recently announced Union Budget 2021 echoes a similar sentiment and puts the much-needed spotlight on healthcare that India needs.

In this light, carrying out targeted need specific climate-health vulnerability and adaptation studies will help to reduce the long-term adverse impacts of future disease outbreaks on the countries in the South East Asian Region (SEAR).

There is an urgent need for surveillance programmes on tracking the burden of these diseases, establishing early-warning systems and even considering changes to the fundamental way people lead lives.

Here, it is equally important to highlight the importance of proper nutrition. The importance of nutrition in the development of a nation is recognised in the agenda of the Sustainable Development Goal (SDG) 2 – Zero Hunger by 2030. As per UN estimates, with nearly 195 million undernourished people, India shares a quarter of the global hunger burden. Nearly 47 million or 4 out of 10 children in India are not meeting their full human potential because of chronic undernutrition or stunting.5

6 out of 10 (58 per cent) children (below 5 years) are anaemic, a metric that is worse than some of our neighbouring South Asian Countries (Bangladesh, Sri Lanka).

While the Indian government has established food security and anti-poverty programs, there are critical gaps in the achievement of targets. Women and girls are particularly disadvantaged and there are emerging challenges in the form of a slowing of agricultural growth, climate change, land degradation and shrinking biodiversity.

Healthcare facilities are central to dealing with the large number of casualties typically associated with large-scale disasters, and it is essential to ensure that the healthcare system is adequately strengthened and supported to function without lapses during critical periods. On the other hand, healthcare facilities must themselves reduce their negative impact on the environment by reducing their resource consumption load and adopting sustainable practices such as the use of renewable energy.

India runs one of the largest immunisation programmes in the world that covers 2.67 crore of newborns and 2.9 crore pregnant women annually in the country.6 However, a lack of the country’s healthcare infrastructure is visible here too – a much-needed element of the immunisation program is the use of renewable energy-powered cold chain storage facilities throughout the country. While there are 29,000 cold chain points7 for safe delivery of vaccines, these need to run on renewable power sources which should also ensure uninterrupted and unhindered storage and transportation of necessary vaccines at the required temperature. This is also in accordance with the Paris Agreement, which focuses on adopting a carbon-neutral approach.

Recently, WHO has also released guidelines for developing climate resilient and environmentally sustainable healthcare facilities. It is time for India to strengthen its health care facilities with a greener approach to make them climate resilient. Strengthening of PHCs and HWCs on HR, energy, WASH and infrastructure and technology components would not only improve service delivery but also enable such facilities to withstand extreme weather events and disasters. This will also adhere to the provisions of the Paris Agreement, where each country is to outline and communicate their post-2020 climate actions, known as their Nationally Determined Contributions (NDCs).

It is time to prioritise, accelerate and act.

4-     Rao KD, Shahrawat R, Bhatnagar A. Composition and distribution of the health workforce in India: estimates based on data from the National Sample Survey. WHO South-East Asia J Public Health 2016; 5(2): 133–140.