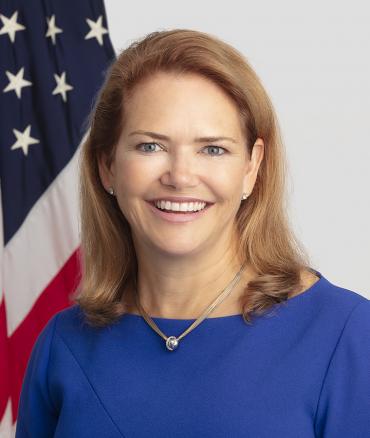 After just two years at the FDA, principal deputy chief Amy Abernethy is leaving the agency. As second-in-command and acting chief information officer, Abernethy oversaw tech and data modernization at the FDA and launched its COVID-19 accelerator project to boost real-world data gathering.

Her unexpected departure comes as the search for a permanent FDA commissioner continues two months into the Biden administration. Abernethy was considered as a contender for the job earlier in the process.

Abernethy plans to take time off with her family, but promised to be “back at it soon,” she wrote in a Twitter post Tuesday. She expressed her thanks to the staff at FDA and added some thoughts in a series of tweets.

“If COVID has taught us anything, it’s that we need to rethink US digital health infrastructure. This transformation will require new ways of working across traditional silos in government & business/tech, ensuring we always put patients first,” she said.

Acting FDA Commissioner Janet Woodcock praised Abernethy in an internal memo to staff, noting her “remarkable modernization of the agency’s technology and data practices.” Woodcock pointed out Abernethy’s initiative in volunteering to take on the acting CIO job, and said Abernethy again stepped up when the pandemic struck to assemble teams to support the FDA’s response.

The acting FDA chief has not yet named Abernethy’s successor.

Abernethy joined the FDA in December 2018 from Flatiron Health, where she was chief medical and scientific officer and also senior VP of oncology. Abernethy, who was hired by former FDA chief Scott Gottlieb, is a hematologist-oncologist and a well-regarded leader in the industry.

In December, Fierce Pharma voters chose Abernethy in an informal poll over 15 other potential candidates as the best person for the job. “Outstanding,” “great energy,” “nurturing leader” and “sensible and will not be politically swayed” were some descriptions about Abernethy from voters.

Her departure comes as pressure mounts on President Joe Biden to nominate a permanent FDA head. Six former FDA commissioners wrote the White House recently urging the president to step up the pace in naming a new leader. It’s not clear who is currently the front runner for the Biden FDA commissioner job, but acting chief Woodcock is reported to still be in contention.

But with the Senate’s approval last week of U.S. Department of Health and Human Services Secretary Xavier Becerra, a nominee may be forthcoming. Some industry insiders have suggested a nominee wouldn’t be advanced until a new HHS secretary, who will be the new FDA commissioner’s boss, was confirmed.