Exact Sciences, Stand Up to Cancer, Foxx team up to drive colorectal screenings 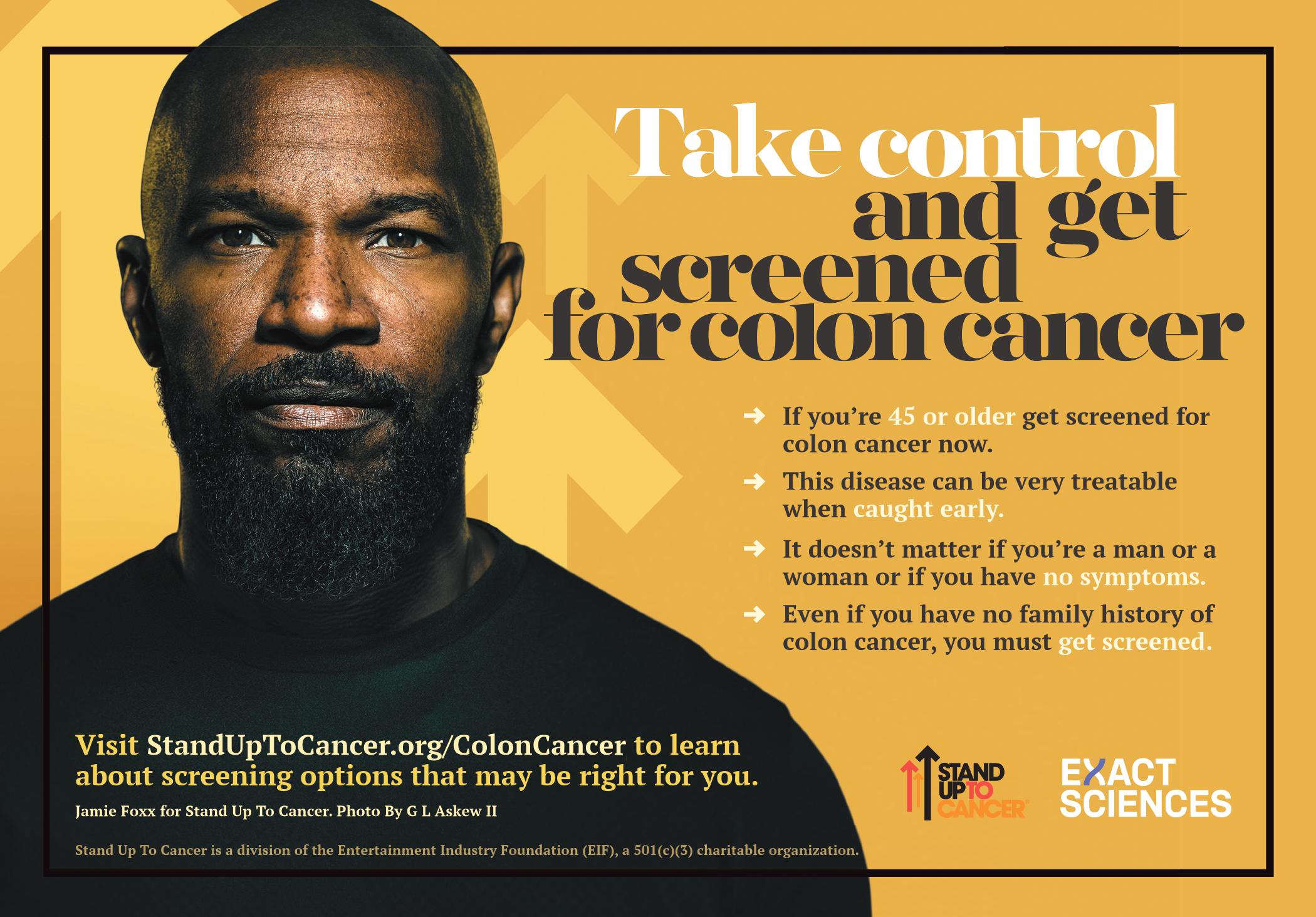 “The good news is that there’s options for getting screened that are easier than you think,” Foxx says in the video PSA. The campaign also includes digital, print and out-of-home ads, which so far have run in People and Sports Illustrated magazines and on American Eagle’s Times Square digital billboard.

Exact Sciences markets the Cologuard at-home cancer screening tests and is working on a Cologuard 2.0 version, expected this year. The campaign is meant to raise awareness about the options for colorectal screening—traditionally coloscopies, but also at-home tests like Exact Sciences’ for people who may be hesitant, Sung Poblete, CEO at Stand Up To Cancer, said.

And the campaign was a natural fit for Foxx, for whom “colon cancer awareness is a cause that’s really near and dear to his heart,” Poblete said. “He’s lost friends to this disease and he understands how this disease impacts the Black community and wanted to support this important cause.”

The Foxx-led PSA campaign joins a broader call from pharma and healthcare companies for screenings as the world eases out of pandemic lockdowns and the public health issues caused by delayed health checks—particularly among underserved communities—become more apparent. While the campaign is aimed at anyone over the age of 45, the broader partnership between Exact and Stand Up To Cancer targets health inequities, especially in communities of color.

“With the pandemic over the last year highlighting and emphasizing some of the disparities in colorectal cancer and colorectal cancer screening, we felt it was a good time to do something different and big and bold,” Paul Limburg, chief medical officer for screening at Exact Sciences, said.

Exact Sciences’ partnership with Stand Up To Cancer began last fall with a $10 million grant to the entertainment-driven cancer awareness group. Stand Up To Cancer is using the funding to create a colorectal “Dream Team” of researchers who will identify underserved communities and work to serve those local areas, including through free colorectal cancer testing along with data gathering and sharing.

Although Stand Up To Cancer chose Foxx as the face of the campaign on its own, Limburg praised the choice of the popular actor, singer and comedian.

“In order to make the message matter, we’ve realized it should be based on something that targets an identified community need, is delivered in a way that makes sense—for some that’s TV, for some that’s radio, for others that’s digital or mobile—and oftentimes it helps to have identifiable spokespeople involved in the messaging,” he said.