Dopamine vs Serotonin—Comparing These Happy Hormones 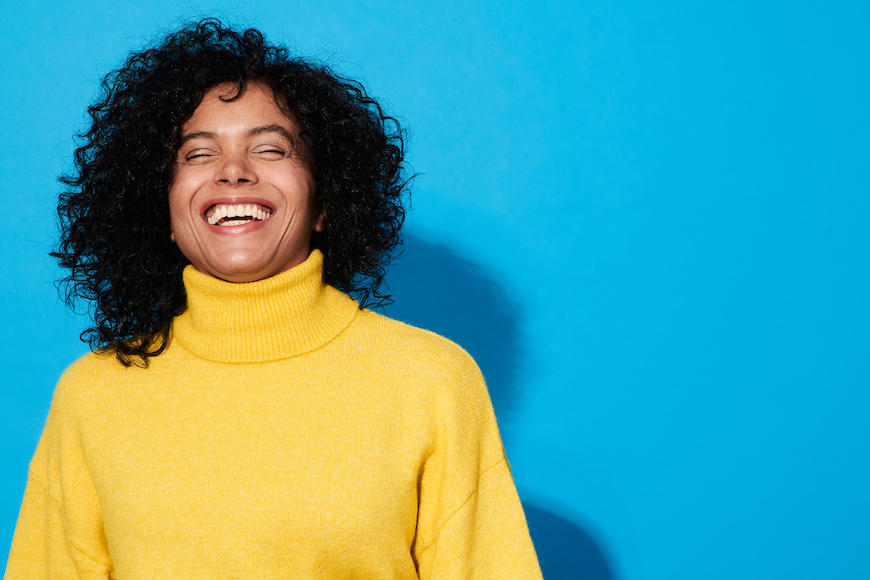 As I vaguely remember from 10th grade science, we’re all flesh factories that run on chemicals. Though you’d love to think it’s strictly the sunshine or a bounty of “likes” on your latest Instagram post that’s making you happy, it’s really a bunch of pumping hormones. Two of our favorites for feeling good? Dopamine and serotonin. But how do they work, why do they work, and what do they work on? Well, we’re going to get into the differences (and shared qualities) of dopamine vs. serotonin in a minute.

But one thing that’s helpful to know is that it usually takes a symphony of chemical combinations for optimal mind/body function. “Dopamine and serotonin are only two of over hundred known neurotransmitters, which are substances that conduct messages between neurons or cells within the nervous system,” says neuroscientist Nan Wise, PhD, author of Good Sex Matters. “And no one neurotransmitter acts alone, but in context of a whole lot of other chemical substances in the brain.”

Dopamine vs. serotonin: the similarities

Dopamine vs. serotonin: the differences

In a brush stroke, dopamine has a reputation for being an energizer while serotonin functions as a soother. “Serotonin tends to be known for its effects on our mood,” says Dr. Wise. “Our bodies synthesize serotonin from an essential amino acid tryptophan. Serotonin impacts every aspect of our body from our emotions to our motor skills, digestion, modulates the sleep part of the sleep/wake cycle, impacts our metabolism, appetite, concentration, hormonal activity body temperature, and blood clotting.”

On the flipside, dopamine is a “sex, drugs, and rock ‘n’ roll” neurotransmitter involved in feelings of instant gratification. ” Pretty much any drug of abuse gives us a big bang through its effect and impact on the dopamine system,” says Dr. Wise.

But there’s a big caveat: While we perceive dopamine to be the “reward” neurotransmitter, it’s actually a lot more complicated than that. Dr. Wise points out that dopamine actually functions as a learning signal that gets our attention. Here’s how.

3 ways dopamine works in the body

1. Dopamine teaches us what does or doesn’t feel good

Despite its hedonistic reputation, dopamine is there to sort of keep us safe. Dr. Wise shares that the release of dopamine is supposed to function as a learning signal to help us make a connection between things that feel good and good for us—and approach them. It’s also helps us to learn to avoid things that don’t feel good and are bad for us.

2. Dopamine “rewards” our brain and even distracts us

“When we spend countless hours on social media clicking on different links, its hijacking our attention via dopamine,” says Dr. Wise. “This keeps us from being involved in a much more satisfying activity, such as connecting with other people, which would release the more nutritious neurotransmitters and substances like our internal opiates.”

Both dopamine and serotonin play a part in the sleep cycle process. But remember, serotonin is the soother, dopamine is the energizer. “Dopamine encourages wakefulness coordinates our brains and bodies to move voluntarily,” Dr. Wise says. “When dopamine is not functioning, such as in the case of Parkinson disease, we can have big problems with our movement and our intention.”

4 ways serotonin works in the body

This is a kind of weird place to start, but in case you were curious! It’s all about location, location, location. “Serotonin is in the brain and in the gut, found primarily in the stomach and intestines,” Dr. Wise says. “It helps regulate our bowel movements.”

3. Serotonin is good for strengthening our body

4. But most importantly, serotonin makes sure that we’re taken care of

Isn’t that sweet? While dopamine jolts us into liveliness, serotonin promotes rest and sleep. It also supports general feelings of well-being and balance, so this is a really good hormone to try and increase the levels of when you’re feeling out of sorts.

“We can think of serotonin as acting like the brain’s own social worker to smooth over rough spots and calm us when we are anxious or angry,” says Dr Wise. “The mood impacting effects of serotonin is why many of the antidepressants that are popular now act to increase the availability of serotonin to the cells where it can help calm the nervous system.