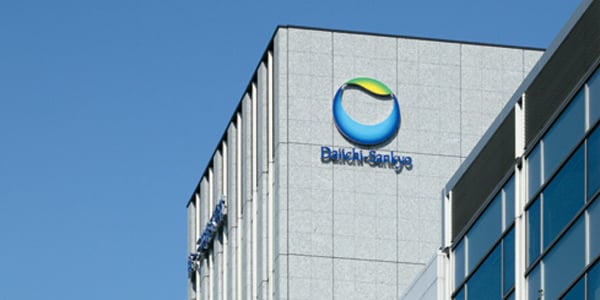 As Daiichi Sankyo and Sanofi both chip in on production of other pharmas’ COVID-19 shots, the companies are calling it quits on their own, separate vaccine alliance in Japan.

Daiichi Sankyo is axing its marketing pact with Sanofi for its Squarekids combination vaccine and terminating a development deal for the pentavalent combination shot VN-0105 after encountering a manufacturing glitch.

Approved in Japan in 2014 and launched late the next year, Squarekids is a tetravalent combination vaccine for the prevention of diphtheria, pertussis, tetanus and polio. A joint effort between Daiichi and Sanofi, the shot incorporates Sanofi’s inactivated polio vaccine with Daiichi’s DPT shots and is delivered below the skin.

In a statement released Wednesday, Daiichi said it would stop making and supplying Squarekids for the market thanks to a problem manufacturing pertussis vaccines. It’s an issue the company says it’s worked to resolve, but now, Daiichi has elected to stop production altogether by ending its Sanofi deal. Daiichi added that it will stop distributing the product from March 31.

Daiichi didn’t elaborate on the nature of the production hang-up. The company didn’t immediately reply to Fierce Pharma’s request for comment.

Meanwhile, it seems that Daiichi has held off on production of Squarekids since the fiscal year that ended in March of 2020, analysts at Jefferies wrote Wednesday.

Sanofi shed a bit more light on the situation. A company spokesperson told Fierce Pharma that Daiichi had “aimed to restart production and shipments by conducting manufacturing process improvements,” but has since decided to call it quits. Sanofi didn’t go into details about the specific manufacturing problem.

“Sanofi will continue considering future opportunities to collaborate with Daiichi Sankyo and is committed to manufacturing and distributing innovative vaccines for a wide age group from infants/young children to elderly people,” the spokesperson added.

The companies are also ending their development deal for the combo shot hopeful VN-0105, designed to prevent diphtheria, Haemophilus infections, pertussis, polio and tetanus. Daiichi also said it would continue to work with Sanofi on the production and supply of other drugs, including vaccines.

The Japanese drugmaker will compensate Sanofi to the tune of 15 billion yen ($135.41 million), with plans to record the loss in the fourth quarter of its 2020 fiscal year, which ends on March 31. Its exit from the deals will count toward a loss for the 2020 fiscal year, but analysts at Jefferies said they figure the medium- and long-term impact will be minimal since Squarekids wasn’t a big sales driver to begin with.

As for Sanofi, the company’s polio, pertussis and Hib vaccines franchise totted up €1.36 billion ($1.6 billion) outside of Europe and the U.S. in 2020, according to the company’s annual report.

In July 2020, Sanofi exited a development pact with Daiichi for a combination PDT, polio and Hib shot after years spent trying to get phase 3 data on the docket. A phase 3 study for that shot kicked off in 2014, and in 2017, Sanofi said it would file for approval by 2020. But that date was pushed back to 2021, then to “2023 and beyond,” and finally, Sanofi dropped the plan altogether.