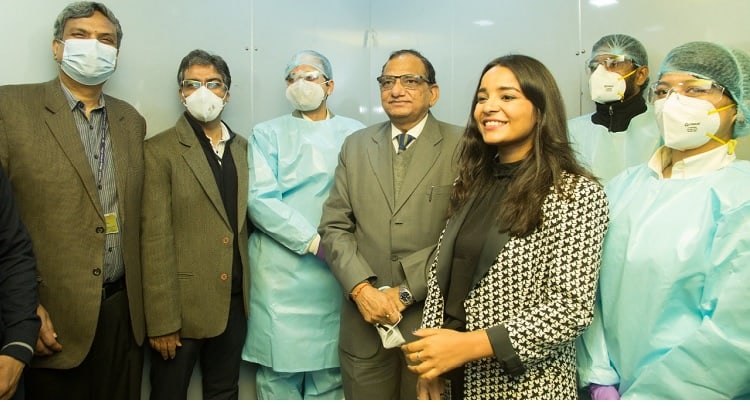 Portable sequencers deployed at airports and other points of could identify new mutant variants of COVID-19 virus within 48 hours, thus reducing transmission risk by as much as five days

In a move that could ensure early action in containing new mutant variants of COVID-19 detected in thUK and other countries, SpiceHealth has tied-up with CSIR-Institute of Genomics and Integrative Biology (CSIR-IGIB) to set up a portable testing laboratory for genome sequencing at Delhi’s Indira Gandhi International airport for all positive samples from international travellers.

CSIR-IGIB is a constituent member of the Indian SARS-CoV-2 Genomics Consortium (INSACOG) recently announced by the Ministry of Health and Family Welfare.

A statement from the company informs that all positive samples from international travellers arriving at Delhi’s IGI airport would be henceforth sequenced at the airport sequencing laboratory, to ensure early action in containing new mutant variants that have increased transmissibility.

Sequencing at the airport is expected to significantly minimise the time to necessary action. CSIR’s experience using portable sequencers suggests that it is possible to identify variants within 48 hours of a person arriving in India and testing positive. If the samples are shipped to regional sequencing labs and then sequenced with the next batch, such time would be approximately one week or more. Sequencing at the airport could thus save as much as five days of potential transmission, reducing the spread of the mutated variant strains, as per the release.

Dr. Shekhar C Mande, DG, CSIR, said, “Throughout the pandemic CSIR labs, including CSIR-IGIB, have been at the forefront of genomic surveillance using different platforms which has enabled the partnership with SpiceHealth in quickly launching the sequencing at the airports which will be a game changer in identification of the SARS-CoV-2 variants. I compliment SpiceHealth for being instrumental in introducing the dry swab direct RT-PCR testing developed by CSIR-CCMB, at SpiceHeath’s mobile labs.”

Dr. Anurag Agrawal, Director, CSIR-IGIB, said, “Affordable and widespread point of care sequencing is one of the most important new trends in next age diagnostics. Here, we plan to use it to help in better monitoring and managing the SARS CoV2 pandemic, but this is just a beginning towards its many potential clinical and public health applications.”

On November 23,SpiceHealth, a health care company founded by the promoters of SpiceJet had launched its first mobile testing facility offering RT-PCR testing at Rs. 499/- As per the release, SpiceHealth currently conducts 10,000-15,000 tests per day at its labs functioning at government requested locations around Delhi NCR.

In its bid to offer strong resistance against COVID-19, the company tied up with CSIR-CCMB for conducting the game changing dry swab RT-PCR tests at SpiceHealth’s mobile testing laboratories. This move was aimed at significantly ramping up testing, while reducing the cost and time.

Earlier, SpiceHealth had also launched SpiceOxy – a compact, portable, non-invasive ventilation device, which is an effective solution for patients with mild to moderate breathing issues. Additionally, SpiceHealth had also introduced fingertip pulse oximeter, a handy device making it easier for people to measure the oxygen level of the blood.