Crohn’s Disease Is on the Rise 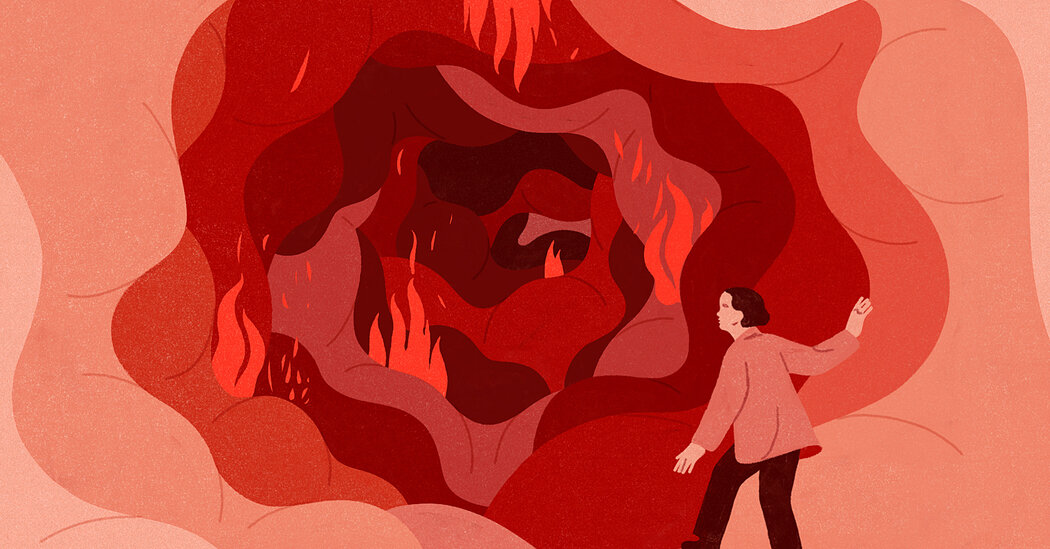 Prompt diagnosis and appropriate therapy to suppress inflammation in the digestive tract are extremely important because a delay can result in scar tissue and strictures that are not reversed by medication, Dr. Feuerstein said. Another possible serious complication is development of a fistula — an abnormal connection between different organs, like the colon and bladder, requiring surgical repair that, in turn, can cause further intestinal damage.

Understandably, considerable stress, anxiety and depression can accompany the disease and may even cause a worsening of symptoms. Last summer, when Ms. Martin’s disease suddenly raged out of control after she was treated with a drug to keep breast cancer at bay, severe diarrhea kept her tied to the bathroom in her Manhattan apartment. Dr. Lichtenstein said the class of drugs Ms. Martin took, called checkpoint inhibitors, is especially challenging to Crohn’s patients who may have to choose between trying to prevent a recurrence of cancer and suppressing their intestinal disease because the cancer drugs can sometimes cause an inflamed colon.

If severe inflammation and debilitating symptoms are present when Crohn’s is diagnosed, patients are usually treated with steroids to bring the disease under control before they are placed on medication specific for the condition. “Steroids,” Dr. Feuerstein said, “are a Band-Aid to arrest the inflammatory process, but then we have to do something to suppress the disease and allow the body to heal.”

Sometimes before starting medication, patients are temporarily placed on a restricted liquid diet to rest the bowel and give it a chance to heal, said Dr. Lichtenstein, the lead author of the latest management guidelines for Crohn’s disease developed by the American College of Gastroenterology.

There are now multiple drug options for treating Crohn’s, although keeping symptoms under control often involves trial and error. For example, following Ms. Martin’s diagnosis five years ago, the specialist she consulted told her there were four possible oral drugs to try in succession. Each worked for several months, but after the fourth drug no longer relieved her symptoms, she was given an infusion of a remedy called Entyvio, which she said “worked immediately like a miracle.”

Entyvio, the trade name for vedolizumab, is what’s known as a biologic, a drug made from living cells that is typically given by infusion or injection, one of several such drugs now available for Crohn’s. It acts specifically on the gut to counter inflammation, and with her colon still inflamed, Ms. Martinneeds to be treated with the drug every four weeks. If this one stops working, she can try one of the others.

Ms. Martin knows, however, that Crohn’s is not curable and most patients have to stay on medication indefinitely. That can create yet another stumbling block. The biologics are very costly, averaging over $100,000 a year, and although they are usually covered by insurance, there is a steep co-payment. To afford the therapy, many patients depend on co-pay assistance programs administered by the drug companies, Dr. Feuerstein said.

However, as Ms. Martin recently learned, Medicare will cover the expense if she gets the infusion in a hospital or if her doctor can arrange for a nurse to come to her home to administer the drug.